This is now the state of affairs regarding the Greek, Turkish and Italian forest fires

Parts of Greece, Turkey and Italy continue to suffer from severe wildfires, resulting in evacuations and injuries. The mercury is not expected to drop in many of the ravaged areas for the time being. This is the current state of affairs. 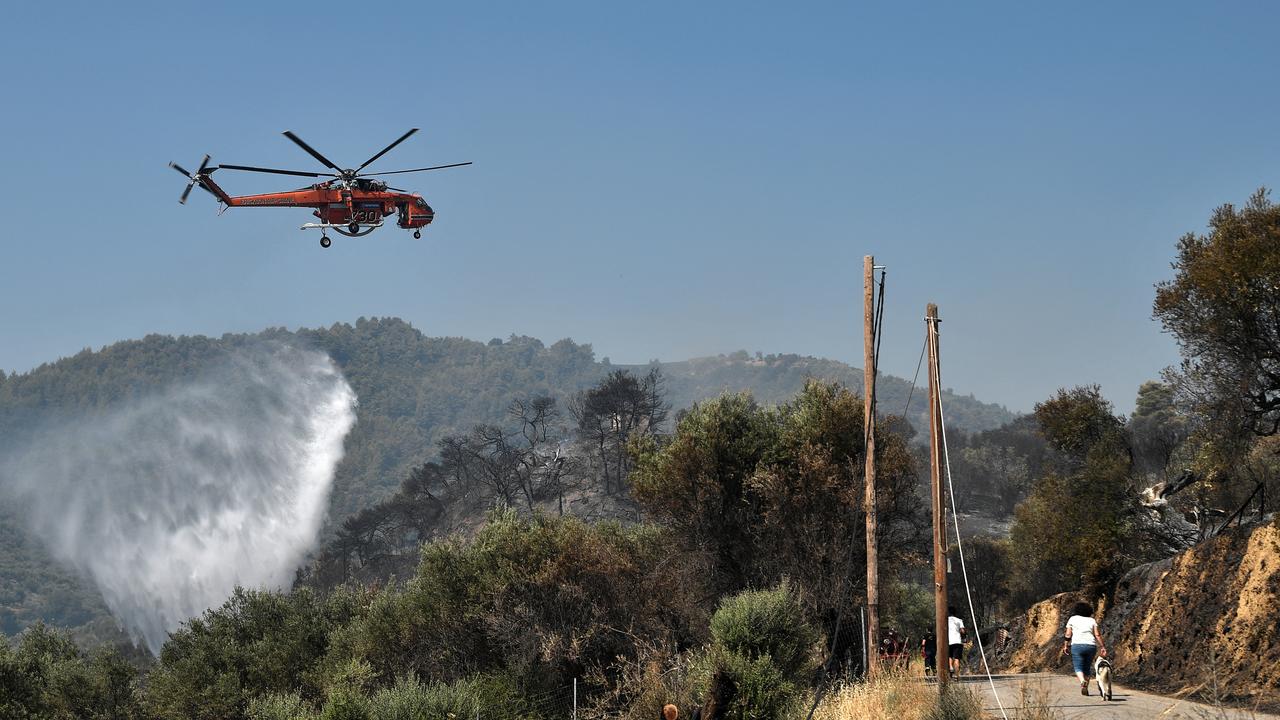 Parts of Greece, Turkey and Italy continue to suffer from severe wildfires, resulting in evacuations and injuries.

The mercury is not expected to drop in many of the ravaged areas for the time being.

This is the current state of affairs.

Five villages in Greece have now been evacuated and sixteen people have been taken to hospital on the Peloponnese peninsula with respiratory problems.

About 300 firefighters are involved in a forest fire that started near Patras, Greece's third largest city, and has since destroyed dozens of buildings.

He concluded that the situation had improved in a day.

"A hundred buildings have been saved thanks to the firefighters' fight against the fire," said the minister, who promised support for victims of civilians.

The Civil Defense indicated on Sunday that 58 forest fires had broken out in the past 24 hours.

In most cases, firefighters got the fire under control quickly.

The Greeks have been dealing with temperatures above 40 degrees for days.

Temperatures are not expected to drop for the foreseeable future.

Meteorologists are already talking about a "historic heat wave".

Hundreds of people in Turkey brought to safety by boat

In the Turkish holiday town of Bodrum, several villages were evacuated in the night from Saturday to Sunday because of the still raging forest fires.

Mayor Ahmet Aras said hundreds of people were taken to safety by sea by boats.

On Sunday morning, according to television channel NTV, residents of a village in the neighboring province of Antalya also had to flee their homes.

Turkey's southern coast has been ravaged by dozens of forest fires since Wednesday.

These are the worst fires in years.

The fires have so far claimed six lives and more than 300 people have required medical treatment.

Forestry Minister Bekir Pakdemirli said on Sunday that 107 of the 112 fires have now been extinguished.

According to him, the strong wind makes it difficult to put out the last five.

It is also very hot in the area, with temperatures around 40 degrees.

Thousands of firefighters are working to fight the fire.

Drones and 45 fire fighting helicopters are also being deployed.

However, the Turkish government has been criticized for not having fire-fighting planes that can spread more water over a wider area.

Russia, Iran and Ukraine are now helping with 16 fire-fighting planes.

It is also very hot in the south of Italy and fires have broken out.

The island of Sicily in particular is suffering from wildfires, after Sardinia was also hit by a major forest fire a week ago.

Firefighters in Sicily were short on Saturday to extinguish the dozens of fires, fueled by temperatures of around 40 degrees.

The governor of the island has therefore asked Rome for help.

On Friday evening, some 150 people who became trapped between the land and the sea near the city of Catania were evacuated by sea.

They were transferred by rubber dinghies to Coast Guard boats.

A nearby beach filled with sunbeds and umbrellas was completely reduced to ashes.