Families from the public will tell you why they put the cap on permanently and what came of it. Kummeli star and musician Heikki Silvennoinen, 67, has been sober for more than 25 years. During Kummel’s golden age, he says he lived a wild time, and alcohol use sometimes got out of hand. - I was so drunk that the gigs could have pipes for several days, while sometimes I didn't drink at all. - Nightlife called to him, and was always pulled to the pin. The thread was not easy to break, he admi 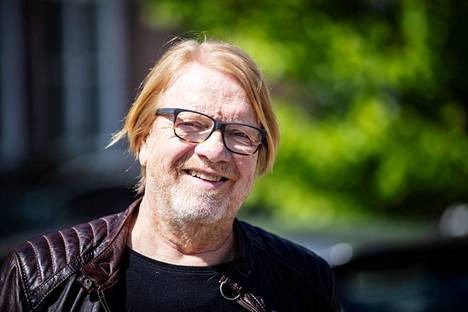 Kummeli star and musician Heikki Silvennoinen, 67, has been sober for more than 25 years.

During Kummel’s golden age, he says he lived a wild time, and alcohol use sometimes got out of hand.

- I was so drunk that the gigs could have pipes for several days, while sometimes I didn't drink at all.

- Nightlife called to him, and was always pulled to the pin.

The thread was not easy to break, he admits.

Heikki Silvennoinen was hospitalized for pancreatitis.

The border was encountered in February 1995 when Silvennoinen contracted pancreatitis and was hospitalized as a result of drinking for several years.

- In the hospital, I decided to stop drinking now.

That decision probably saved my life.

According to Silvennoinen, it was easy for him to stay in his choice, but the social pressure associated with drinking required getting used to.

- Alcohol is strongly related to the sociality of Finns, and there are few parties to which drinking would not be associated, Silvennoinen knows.

However, nightclubs turned into hobbies.

Giving up alcohol, according to the actor, brought a lot more energy and through it new daily routines.

- It had a big impact on everyday life, and I started to exercise much more.

Silvennoinen says his bandmates and colleagues were relieved of his decision, but there was enough to wonder about outsiders.

- Yes, my sobriety was questioned, but I did not allow it to be disturbed.

Especially when touring, Silvennoinen feels that drinking is especially beneficial.

- Can get home for the night when you can drive a car and the next day is under attack.

It has had many practical effects, the actor praises.

- Yes, alcohol is still a problem of some kind for Finns.

Having finished myself, I can only recommend, he emphasizes.

“Every street of my street”

Author Juha Vuorinen, who became sober in January 2008, also describes himself as a former lucky drunk.

- That's when the last measure of wine came to an end.

It was a decision that had bubbled inside me for a dozen years.

I wanted to be the kind of father I would have liked for myself and, most importantly, to be happy, he argues.

According to Vuorinen, he was at his longest without even drinking a drop of a drop for a year, but one evening could trigger a pipe for several days.

- It was problematic from the first drink, although I certainly said otherwise in the early days of docking, he admits.

The author had already had time to accept the idea that the liquor would not get out of hand, but it was different.

- For my part, I had believed that I had a gene for an incurable disease that would sooner or later also kill me.

Fortunately, I also have a gene that cured me of this delusional disorder.

But I’m not trying to deny that I didn’t have the one that made me drink drunk, he explains.

On wet evenings, the author has no good memories.

- I haven't done anything good while drunk, so I can say I regret every jury.

Also kind of flips that I don’t have any memories of.

I haven’t seen anyone do anything sensible while drunk.

Vuorinen says that today he can be physically, mentally and mentally better than ever.

She says she has found the peace in her life that she has dreamed of since she was a child.

According to Vuorinen, it has been easy for him to stay in his choice.

When something, be it an interpersonal, work project, or spent your own life spent, comes to a decision, it’s over.

I won’t be left crying or longing for them.

The same thing happened to my alcohol use.

It was part of my past life, but not a drop of my future, he sums up.

"Nothing is lost in life"

Actress Irina Isberg (formerly Vartia), known from the series Secret Lives, decided to be without alcohol for a week after some celebrations.

It’s now been more than three years since the experiment, and the actor hasn’t drunk alcohol since.

- Day by day thinking worked, and soon I whispered to the feeling of sobriety.

I have no longer longed for alcohol in my life, the actress says.

Actress Irina Isberg has been pleased with her decision to give up alcohol altogether.

Isberg wanted to find out what kind of effects sobriety would have.

He didn’t think he was leaving alcohol altogether, but so surprisingly.

For example, the actress was used to visiting her colleagues with a couple of glasses after work and enjoying the sauna beer.

- The numbers were small, but on business trips on the train I could often go alone to a glass restaurant car, even on a daily basis.

Every week I went with my friends for a drink, but not drunk, he explains.

According to Isberg, after just a few weeks, he noticed the changes.

- I looked much freer, and it was easier to take care of my lines when the metabolism worked.

My mood also improved, and in a way I became more sensitive and sensual, he describes.

- Today I am much more aware of my own feelings and feelings.

For example, the effects of a good dinner on the body are noticed in a completely different way.

In addition to the health effects, Isberg says he has saved a lot of money.

- I could say that I paid for my back surgery with the money that went into alcohol a year.

Still, the actor switches to leisure by attending a party, but he leaves home at the point in the evening when others start to get drunk.

- The conversation and the atmosphere change, and at that point as if dripping from a sled.

It doesn’t matter if the others stay to continue in the evening, but leave home in good spirits, Isberg says.

To some extent, the actor has been wondering why he doesn’t drink any.

He finds the explanation frustrating.

- I don't even need that one to get a good feeling and I don't want even those little negative effects.

Maybe alcohol is a little even disgusting, he laughs.

- Sometimes it wonders if some groups won't be invited if they don't drink at all.

Isberg stresses that you don’t have to have problems with alcohol to sober up.

- Nothing is lost in life, even if you do not drink.

On the contrary, sobriety has brought a lot more to my life.