Kim Kardashian made a tentacle ad for free - the Finnish company is amazed: “This was not planned in any way”

Ere Partanen, a founding member of The Finnish Long Drink Company, says that Kim Kardashian shared a picture of tentacle cans without their knowledge. In addition, Instagram's automated image sharing had accidentally gone directly to the company's spam folder. 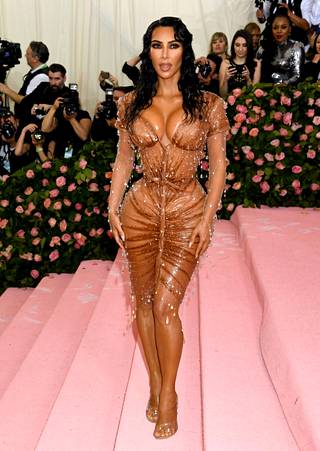 Reality TV star Kim Kardashian shared a picture of The Finnish Long Drink tentacles with her own Instagram story to her 239 million followers.

Ere Partanen, one of the founding members of The Finnish Long Drink Company, tells Ilta-Sanomat that the company has not entered into a formal co-operation agreement with Kardashian, and therefore did not pay Kardashian anything for its Instagram posting containing Finnish tentacle cans.

- It was known that a package of drinks had been sent to Kim, but we did not know that it would lead to the publication of the picture.

Basically, when we send drinks to celebrities, we hope that, for example, their friends will see a celebrity drinking a drink, Partanen says.

- Then if he posts a picture of drinking to his more than 200 million followers, then that's the best situation.

This was in no way planned or scheduled.

One of the company's founding members, Mikael Taipale, commented on the situation to Helsingin Sanomat.

- All kinds of celebrities have been brought out and a press has been made, but no one has been so upset about anything, Taipale tells Helsingin Sanomat.

According to Helsingin Sanomat, Kim Kardashian may charge up to hundreds of thousands of euros for one Instagram picture.

The Instagram photo service notifies the user with a message if someone shares another user’s nickname in their own Instagram story.

Partanen says with a laugh that the Kardashian division had accidentally gone directly to The Finnish Long Drink Company's Instagram spam folder.

- Suddenly, when Finland woke up, messages began to come from friends on Whatsapp and Facebook that this had happened.

The podcast Tuplakääk is actually quite a big part of the fact that this was noticed in Finland, because they quoted the post and made it an update, Partanen says.

Partanen notes that the US media has not yet grabbed Kardashian's post, but he is looking forward to any reaction on the part of the United States.

Partanen states that Kardashian's posting will certainly have some effect on sales, but they will know about it with a delay.

However, posting is likely to affect brand recognition.

Kim Kardashian may charge hundreds of thousands of euros for her Instagram posts.

- We don't see if, for example, there will be an audience rush in stores today, but we will also see when distributors sell the product to stores.

It has a delay of a week or two.

- If, for example, our partner and Miles Teller, who has invested in the company, posts something on his own social media, it will immediately show interest.

Kim Kardashian has a hundredfold followers, and the impact of the release is big compared to that.

I think the effect of the posting is visible, Partanen explains.

Partanen says The Long Drink Company has an extensive celebrity network in the United States and especially in California.

However, the company has very few actual co-workers, but according to Partanen, it “sometimes grabs”.

- These celebrities, who we now have, have invested in the company and are involved in almost everyday business matters.

Partanen says that since its launch in New York in 2018, the company has already received distributed sales in 15 different states in the United States.

- We have sold drinks to large retail chains, such as Walmart and Target.

We have already reached about half the population of the United States in terms of population, as our drinks are sold in all major states, such as Texas, California, Illinois, and more.

In the United States, the traditional “pint of gray,” or grapefruit tentacle, pulls the most.

- Yes, the most popular is what we call a traditional tentacle, ie a normal grapefruit tentacle.

It is our flagship product, says Partanen.

Ilta-Sanomat's Taloussanomat reported in 2019 when the US business magazine and media house Forbes wrote extensively about “Finnish national beverage”.

The Long Drink Company LLC manufactures its products in the state of Missouri from gin at a local distillery.

The recipe for the 5.5% drink is from Finland.

The company's founders Sakari Manninen, Ere Partanen and Mikael Taipale believed in their IS chances in 2018 that they would succeed.

They developed the drink through experimental tastings.

- We try to make it a little fresher and less sweet, but otherwise we wanted to stay close to Finnish tentacles, Ere Partanen said in May 2018.

Read more: The US conquest of the tentacle of Finns' "national drink" continues - business magazine Forbes seized the phenomenon

Read more: Customers at a New York bar got a Finnish tentacle in front of them: “Tastes much better than beer”

- Finland and the Nordic countries are now in high demand in America, Sakari Manninen pointed out at that time.

In 2018, New Yorkers got to taste a tentacle made with a Finnish recipe.

At the time, a tasting of a new drink had been held at the Latitude Bar in Manhattan, New York.

When IS asked for comments on the new acquaintance, the reviews were merely rave.

- This is awesome, really refreshing.

In the summer, this is going to be fantastic, said Saad Saghir.

Arilelle Eitzen-Smith, who came with her friend for a drink, praised her tentacle.

- We were told that the drink does not have a lot of carbon dioxide, which I myself do not like.

I think it had just the right amount of both flavor and carbon dioxide, he said in 2018.