Matti Mattsson is in good shape. He swam Thursday morning in the Olympic finals. 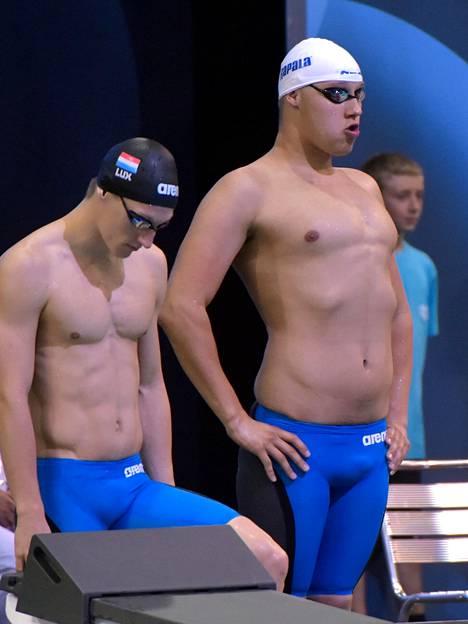 The final will be swum on Thursday morning Finnish time at 4.44.

In Wednesday's semi-finals, Mattsson fired a new handsome SE time of 2.08.22, being the fifth fastest in the semi-finals.

The Pori swimmer is in the throes of his life.

The surprise bronze medalist at the 2013 World Championships has already improved his 200-meter SE time four times this season.

The vibe is also visible from the swimmer's body.

Mattsson, who is in diamond condition, has a difference of up to 20 kilos from last year.

Mattsson said that some years before he was diagnosed with celiac disease in 2019, he weighed as much as 113 pounds.

Now the live weight is about 93 pounds.

The same as now going to pull the jaws of a 20-pound disc disc sandwiched between the arms, Mattsson compared after his semi-final.

- Faith was put to the test.

Many of the more sensible would certainly have already quit several times, Mattsson stated in the Sports Journal before the Olympics.

After the 2013 World Championship bronze medal, expectations were, of course, high, but in the 2016 Olympic Games in Rio, Pori was last in the semi-finals with a time of 2.12.99, which is almost five seconds slower than now in the Tokyo semi-finals.

However, somewhere in the minds of the mind, there has always been an idea that I haven’t swam the best swim of my career.

It has helped to cope, Mattsson reflected in the same issue of Urheilulehti.

The swimmer had no clear answer as to why records are now banging as veterans, but health issues and advanced physics certainly play a part.

Celiac disease was suspected as early as 2015, but at that time it remained undiagnosed.

In addition, the changes made to the training with coach Eetu Karvonen have proved to work.

Quantities have been counted and instead the exercises have focused on harder pace and quality.

Read more: Comment: Matti Mattsson is a man saved by a pandemic - talks about stopping flew to the ö folder in Tokyo

- I must have had celiac disease longer than I knew.

The diagnosis was a facilitating piece of information, and putting the diet in order has helped.

The body gets more strength from food, Mattsson said before the Olympics.

Both pace and pace endurance have improved over a grueling 200m distance.

Mattsson has also been easy to identify on the Olympic pool on television, as he has been the only one to swim without his swimming cap.

It is not needed to protect the head because there is no hair.

Mattsson was diagnosed with another autoimmune disease, alopecia, even before celiac disease.

The body attacked its own hair growth.

- Undeniably, your own mirror image is sometimes still startling.

Especially after the disease still took eyebrows and eyelashes.

Incidentally, the loss of eyelashes is noticeable, especially in the winter time outdoors, Mattsson told Ilta-Sanomat in 2019.

Read more: Finnish star athlete is still startled by his own mirror image - the consequences of a dramatic illness

Alopecia is only a cosmetic, not a dangerous or physical disease.

This is what Matti Mattsson looked like at the 2016 Rio Olympics. Photo: Ossi Ahola

On Thursday morning, Mattsson will be able to realize his “little boy’s dream” as he swims in the Olympic finals.

He will become the third Finnish swimmer in the Olympic finals in the 21st century.

In Sydney in 2000 Jani Sievinen was eighth in the final in the 200-meter medley and in Beijing in 2008 Hanna-Maria Seppälä was fourth in the 100-meter freestyle.