When taking out cottage insurance, it is important to find out thoroughly what damages are covered by the insurance. 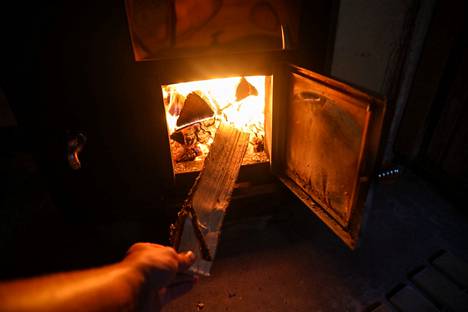 The cottage shop has been hot during the Korona period.

This has also been noticed on the part of insurance companies, where the demand for home insurance for holiday homes or, more familiarly, cottage insurance has increased.

According to statistics from the insurance company If, there has been growth, especially in insurance for cottages built before 1980.

Insurers are also younger than before, even under thirty.

Tapio Tervo, President of the Leisure Residents' Association, says that the home insurance of a holiday home is largely similar to ordinary home insurance.

For example, if a cottage has something particularly valuable, it must be mentioned separately in the same way as in home insurance.

According to Tervo, the biggest differences emerge in the supervision performed by insurance companies, which is stricter in the case of cottages.

- Insurance companies monitor certain matters a little more closely, including how to prepare for claims.

If any building were to be returned, the first to be examined is whether the sooting was carried out in accordance with the minimum level of instructions.

The policyholder should read the coverage carefully.

For example, compensation for damage caused by a large tree felled by a storm should not be taken for granted.

- This should be clarified carefully with the insurance company.

I myself had such a case that a tree fell.

It was discussed for a really long time, and to date I have not received a direct answer as to what kind of assurance it should be that it would cover all such matters.

It really goes into that famous little country text that needs to be read very carefully, and then it is still interpreted specifically by the insurance company, not the policyholder.

A separate sauna building requires its own insurance.

In addition to taking out insurance, it is very important to make sure that the cottage meets the conditions for compensation in terms of safety.

- Some people have little such tuning in the cottages.

There may be gas appliances that are not serviced, there are all kinds of grills that are used next to buildings.

It may be that the electricity was made sometime in the 60s and 70s and has not been repaired since.

It can become a spark or an overload situation because there are so many more electrical devices today.

Tervo recommends that you keep a record of all maintenance activities with a service book.

- That way, the repairs will be properly documented, and the condition of the various devices will be known.

What kind of damage do cottage insurance cover then?

Most insurance companies offer a number of options, with coverage ranging from narrow to very wide.

- Extensive home insurance has the widest range of claims.

It will indemnify for damages resulting from a sudden, unforeseeable event, with the exceptions listed in the terms and conditions of the insurance, he continues.

According to Sahakoski, when obtaining insurance, it is important to think about the condition and equipment level of the cottage, as well as the risks that you are ready to bear.

- The equipment level of many cottages today may already be in the category of a detached house, and in that case we definitely recommend extensive insurance cover as the right solution.

Most comprehensive home insurance policies also cover damage to individual buildings on cottage plots up to a certain value and square footage.

In most cases, damage to individual buildings is also compensated up to 5,000-10,000 euros.

However, there is usually an upper limit on the size of the buildings to be reimbursed, which should be taken into account when taking out insurance.

Compensation for equipment breakdown and damage caused by thunder or wildlife, for example, is largely excluded from basic insurance.

The narrowest and cheapest insurances usually only cover fire damage.

A separate sauna building requires its own insurance.

The adequacy of the maximum compensation chosen for the furniture must be remembered to be checked and, if necessary, updated even when new goods are purchased for the cottage.

- If the cottage has more valuable furniture such as household appliances, you may want to consider furniture insurance to cover breakage, falls, bumps and other unexpected damage to the cottage's furniture.

In If, these are part of the Extensive security level of insurance, says Ismo Ruokoselkä, If's insurance manager.

Currently, the most common damages to contact an insurance company are storm damage, fires, burglaries and thefts, and leakage damage.

Equipment breakdowns are also common during the summer when people spend time in cottages.

- With the corona pandemic, a large number of new cottagers have come and the cottages have spent significantly more time than usual, which can also be seen in future contacts with If.

Burglary and theft is one of the most common damages to cottages.

According to Markus Uimonen, Pohjola Insurance's Director of Property and Operations Compensation Services, it is worth insuring a summer cottage at least in case of fire and natural phenomena such as storm damage.

Squeezing in the wrong place can be costly.

- The level of indemnity is determined on the basis of valid insurance, ie the savings claimed from insurance premiums can turn into expenses in the event of damage.

Thus, it is worth keeping the insurance information up to date, even if it slightly increases the price of the insurance.

Uimonen reminds that the property owner is also required to be active and independent in order to avoid damage.

If you are away from the cottage for longer periods, care must be taken to minimize potential risk factors, such as freezing water pipes due to frost and the risk of fire from electrical appliances or fireplaces connected to the socket.

- The protection instructions in the insurance terms and conditions should be read carefully.

One thing, however, is sometimes forgotten.

- If a holidaymaker decides to move completely to his or her cottage, it is advisable to contact the insurance company so that the insurance can be updated for both real estate and furniture as permanent housing insurance.

According to the representatives of all three insurance companies, Finns also want to secure their holiday homes in case of various risks, and they do not skimp on insurance.

At If, for example, the popularity of so-called basic cottage insurance has declined relative to broader insurance.

According to Fennia Sahakoski, the exception is the insurance of cottage furniture.

- It may feel a little tweaked.