The incomprehensible rise of the Swedish star swimmer - badly injured in the winter, now shook his best time in years: "You're just crazy!"

A few months ago, Sweden’s Sarah Sjöström didn’t know if she could compete in Tokyo. Now he's on top. 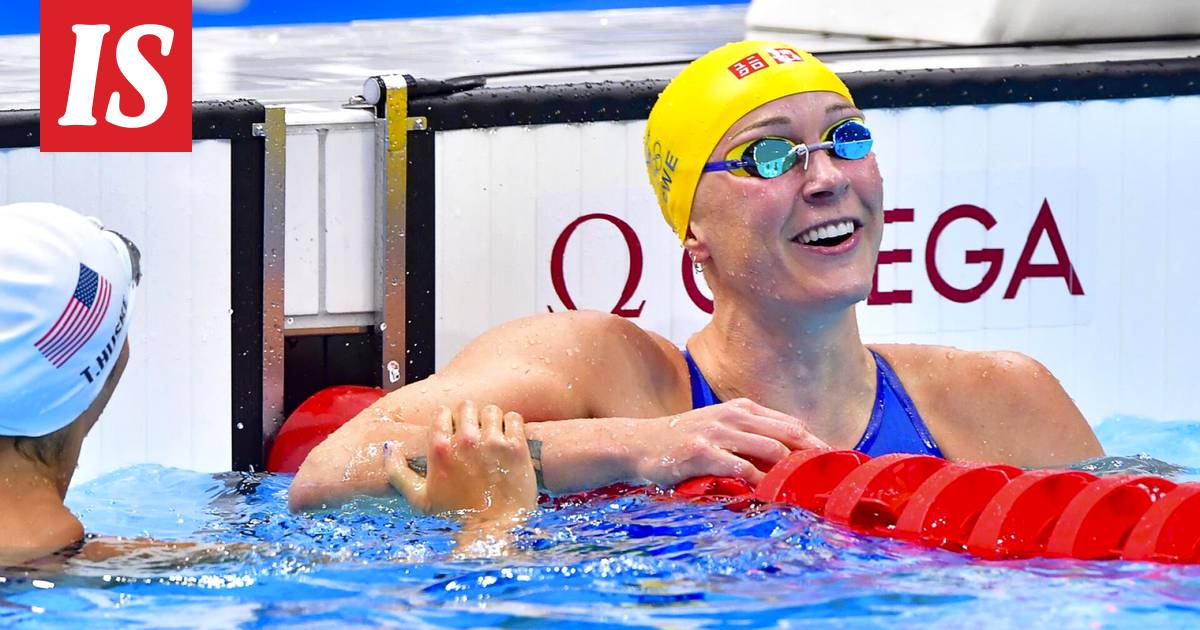 Sjöström was returning home from the exercises when he fell on a icy street in Stockholm and his elbow broke.

Verdict: for three months there is no opportunity for full-time training.

The Olympics were just over five months away.

- For a long time, I couldn't even wear a swimming cap.

This has been a tough test of pain tolerance, willpower and patience, Sjöström said in Tokyo on Thursday.

On July 24, Sarah Sjöström radiated a race with the Tokyo sun.

He had just swum in the Olympic Games in the opening round of the 100m Butterfly of his main trip in four years of his best time!

Sjöström won his own preliminary round with a time of 56.18 and put a clear pressure on the semi-finals.

The last time he has been swimming harder (55.96) is four years and one day ago at the World Championships in Hungary.

- I don't even remember when I felt just as strong with the rest of the one hundred meter butterfly.

I could have swim another hundred yards.

It was fantastic, Sjöström hacked after his performance according to Expressen and got the deserved congratulations from his racing sisters.

The comment from Femke Heemskerk from the Netherlands was eloquent:

- What are you doing?

At the 2016 Rio Olympics, Sjöström won gold in the 100-meter butterfly and silver and bronze from other trips.

Of the World Championships, he has eight golds on the long track (four out of a 100-meter butterfly) and three championships on the short track (from Doha 2014).

Much of the significance of the break caused by his injury - and the incredible elevation of the level - is told that about a month ago, he swam those trips at 57.65 and 53.47.

The semi-finals of the 100-meter butterfly race will be competed on Sunday.