Rare way out of Jaajo Linnonmaa - denying rumors about a break with Sointu Borg: “Just potash” 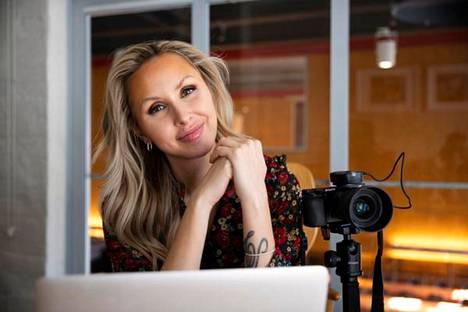 Tampere-based Sointu Borg, 28, has worked as a radio development manager for radio presenter Jaajo Linnonmaa since he won the Diili program this spring.

Both Borg and Linnonmaa have since said that the co-operation has started well on several occasions, and Borg has praised the fact that he was very comfortable in his new wash.

However, Seiska reported on Thursday that the duo's cooperation would be coming to an end and the distance between Borg and Linnonmaa would have become inflamed.

According to Seiska, close associates of the couple's team say that the dispute between Borg and Linnonmaa would have arisen due to, among other things, financial differences and Borg's unclear job description.

However, Linnonmaa, which is involved in numerous companies in various industries, broke the wings with its own personal Instagram account.

Early on Thursday morning, Linnonmaa published a long article on his own Instagram account, in which he says that his distance to Borg is completely unchanged and that the cooperation continues as normal after the summer holidays.

- I rarely have a say in gossip or click news, but the news of the dispute between me and Soinnu is quite potash.

The news is based on the “sure information” of a person belonging to a “close circle” and was not refuted, although both of us and Soinnu assured the journalist that our relations were in order, Linnonmaa writes on Instagram.

- The truth is, however, that we have all been well and have been super satisfied with Sointu's choice.

On top of all that, we’ve had a lot of fun working together and I’m looking forward to it continuing after the summer break.

That’s why this news coverage is annoying, he continues.

Linnonmaa is currently spending the summer holidays on its day job on the radio.

He will return to Radio Suomipop's Morning Milk together with his colleagues Janni Huss and Tuukka Ritokoski again in August.

Linnonmaa states on Instagram that he can't take care of it any more on his holiday.

- I can't stress about it anymore during the holidays, so I'll leave a comment on this.

Tip: You should focus on doing your own rather than sanding others.

Then you can get things done yourself, Linnonmaa clicks.

So far, Borg has not commented on Seiska's news coverage.

Borg officially and publicly started working for Linnonmaa in May.

In May, Borg told IS that work had begun terribly.

Borg said he has now found a job where he really enjoys it.

- Mehän Jaajo is working every day on its new start-up and building it.

And we have a lot of other projects coming up.

We’re going personal chemistry together, Borg glowed at the Venla Gala on the red carpet for IS in May.

Borg has praised his new job in public on several occasions.

Borg told IS at the time that since the start of the co-operation, surprising features have also been revealed about Linnonmaa.

- There are many things that have surprised me in the run.

Now we are just getting to know each other.

He is a visionary and a showman, but I have been surprised that Jaajo is a true pedant in certain things.

It has been great to follow that side as well, Borg said at the time.