Jari-Matti Latvala revealed how he psyched Kalle Rovanpera for a historical achievement: “We had discussions”

Toyota team manager Jari-Matti Latvala knew even before the start of the season that Kalle Rovanperä could succeed in the Estonian rally. 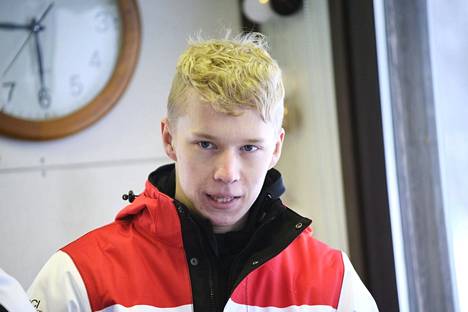 Toyota's Kalle Rovanperä, who won the Estonian rally, left second-placed Hyundai Craig Breen for as much as 59.9 seconds.

But today such a difference is amazing, Latvala commented to Ilta-Sanomat from Estonia.

- Only Estonian Ott Tänak was able to drive at the same pace as Kalle, but he made a mistake at the beginning and was out of the game.

It was even special that the others could not respond to Kalle's pace, Latvala said.

Jari-Matti Latvala assured the young Finn that this one's victory round is yet to come.

According to Latvala, the route and conditions of the Estonian rally are excellent for Rovanperä, 20.

- Kallehan has started his rally career in the Baltic countries, ie in Latvia and here in Estonia at the age of 14–15.

He likes these roads and circumstances.

- Already last year, Kalle was here at a top pace, so the steps for this rally were good.

I said before the start of the season that Kalle has the best chance of winning in Rovaniemi and here, Latvala said.

In Rovaniemi in February, Rovanperä placed second, so the team manager really knows his young driver.

According to Latvala, rallies are generally suitable for Rovanpera, where you can let go of so-called full carbon monoxide.

- Kalle has a good feel and feeling for such conditions, when you can put everything in the game and let go.

Of these, he also has the most experience.

For example, he needs to gain more learning and experience from asphalt and slower gravel rallies, Latvala said.

However, the route on which the Estonian rally was run was largely new to all drivers.

- The roads were new, there were a lot of narrow, really demanding roads between the trees and in the bushes.

Apparently they suited Kalle better than the others, Latvala thought.

In Estonia, a lot of driving was done on narrow roads between trees and in the “bush,” which according to team manager Jari-Matti Latvala was suitable for Kalle Rovanperä.

The four races run after the Rovaniemi rally had gone badly from Rovanperi.

Latvala, who has won 18 World Championships in her own career, says that she has assured Rovanperä that the wind will still turn upside down.

Jari-Matti Latvala likes to record the record in his own name with Kalle Rovanperä.

- After the rally in Kenya (end of June) we had discussions.

I said I have had an even longer bad episode.

Sometimes I drove five rallies in a row badly.

I said that adversity has only to be taken as experience and upbringing, and that happiness turns and victory still comes.

You just have to be able to look ahead.

- I reminded Kalle that he has a long and good future ahead of him, and there is nothing to worry about, Latvala says.

Latvala was not annoyed by the fact that Latvala now took the title of the winner of the youngest World Rally Championship from him, even by a fair margin.

Rovanperä will turn 21 next autumn.

If someone else had done it, it could have been a little annoying, Latvala said.

Prior to Latvala, Henri Toivonen had that title since 1980.

Henri Toivonen (left) congratulated the winner of the Jyväskylä Grand Prix, Timo Salo, in 1985. Toivonen died in May 1986 after driving out in the Corsican Rally.