The meteorologist glanced at the late summer forecast: "This is just crazy!"

If the recent Monthly Forecast materializes, the summer of 2021 may become the hottest in Finland's measured history. 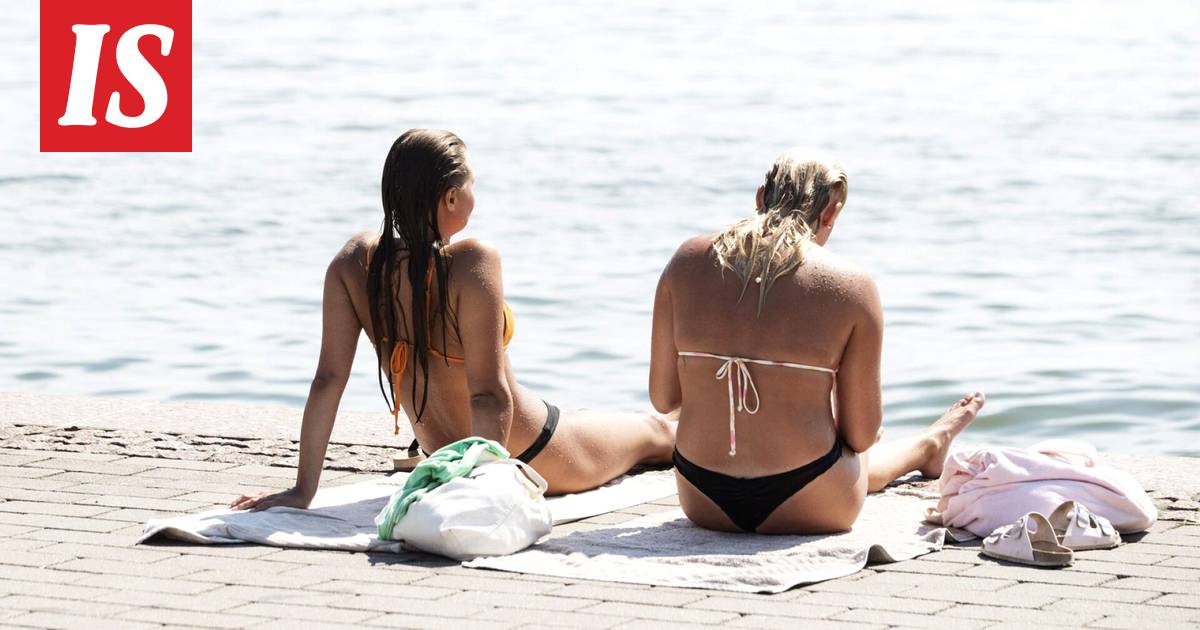 The record-breaking hot tube is expected to end in Finland at the beginning of next week, but a new toasting cycle is already looming in the eyes of the European Center for Medium-Range Weather Forecasts (ECMWF).

The case is reported on the blog of the weather company Foreca.

In the latest forecast, temperatures will glow red in Finland from the second half of July until well into August.

Foreca's meteorologist Markus Mäntykannas writes that he does not remember seeing such a tough and long-lasting heat pipe before.

- “This is pretty crazy,” I said when I saw the predicted temperature deviations for the first time in late summer, Mäntykannas writes.

If the Monthly Forecast comes true in the coming weeks, according to Mäntykangas, the summer of 2021 may become the hottest in Finland's measured history.

However, the meteorologist points out that long-term weather forecasts are always uncertain and should be treated with caution.

In the light of the ECMWF monthly forecast, the barometric pressure situation in Northern Europe will change in the week beginning 26 July.

At that time, high pressure will increase in the eastern half of Finland, while in the west there will be a lower-than-usual air pressure range.

The equation can form on the ground in its moist and thunder-sensitive heat.

In most countries, there would be 1 to 3 more degrees than usual.

In the first week of August, the temperature seems hotter than usual.

The deviation is greatest in the eastern part of the country.

According to the monthly forecast, the beginning of August would still be humid in Finland, possibly thunder-sensitive and hot.

In the extended monthly forecast of up to five weeks, the weeks starting on 9 and 16 August will be warmer than long-term averages in Finland, and hot days are still possible.

Read more: Residents of hot countries advise Finns: I can do this in endless heat - “Always carry one in your bag”

The hot season, which has scorched Finland for a month, will give way to warmer weather, at least for the time being on Monday.

In the north, the temperature is between 14 and 17 degrees, while in central Finland it is slightly below 20 degrees.

The southern parts of the country are close to or slightly above 20 degrees.

On Tuesday, temperatures will remain roughly the same readings across the country.

Despite the cooling, the rains will be quite low in the early part of the week.

Especially in southern Finland, there is no promise of relief from drought.