Every day, NU.nl provides an overview of the latest figures on the development of the corona virus in the Netherlands. These are the figures that are now available (Wednesday 14 July), combined in four graphs. 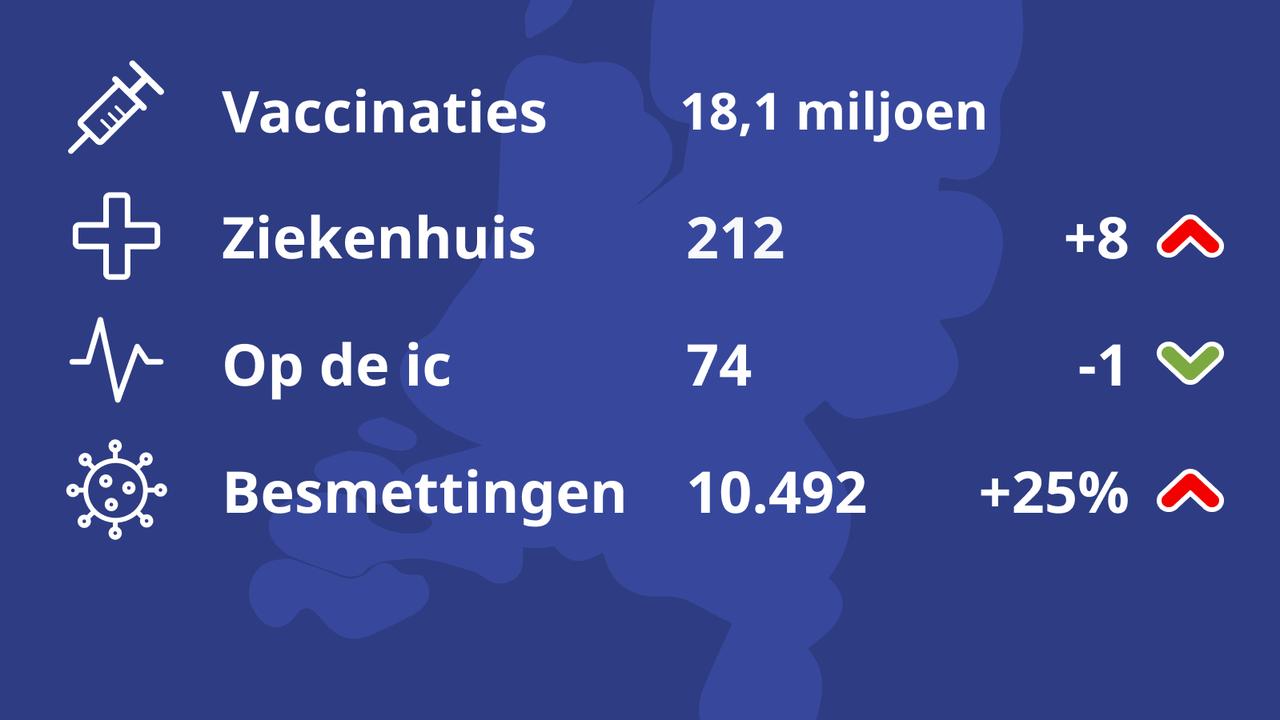 These are the figures that are now available (Wednesday 14 July), combined in four graphs.

Get a daily notification of the corona update

That is well above the average over the last seven days (8,395).

More tests have been taken since the end of June, because the outgoing cabinet announced that with a negative test, the 1.5 meters could be released in many places.

Due to the significant increase in recent times, the government has now reversed this.

Number of confirmed infections per day

There are currently 74 corona patients in Dutch intensive care units.

That is one patient less than Tuesday, reports the National Coordination Center for Patients Spreading (LCPS).

The number of corona patients in the nursing wards has increased compared to Tuesday.

A total of 212 corona patients are now in Dutch hospitals, 8 more than on Tuesday.

The number of corona patients in hospital has been fluctuating around 200 for a week.

The number of hospital admissions has increased.

In the past 24 hours, 21 people have been admitted to an intensive care or nursing unit.

That is the largest number since June 26, almost three weeks ago.

Dutch corona patients in hospitals and on ICs

RIVM received one report of this in the past 24 hours.

This patient did not necessarily die within the past 24 hours;

there may be a delay between the date of death and the notification date.

So far, more than 17,000 inhabitants of the Netherlands have died from the consequences of the corona virus.

Blue stands for infections and red for deaths.

Deaths and infections by age category

The number of corona shots in the Netherlands has risen above 18 million until Tuesday.

There are currently 18.1 million shots indicated on the corona dashboard.

At the current vaccination rate, an average of 235 people receive a corona jab every minute.

Since 13 July, RIVM has only provided data on the number of injections on Tuesdays and Thursdays.

This number is therefore only updated on these days on the corona dashboard of the central government.