Residents of hot countries advise Finns: I can do this in endless heat - “Always carry one in your bag”

In countries where heat above 30 degrees is common, different ways of coping with heat have been learned. 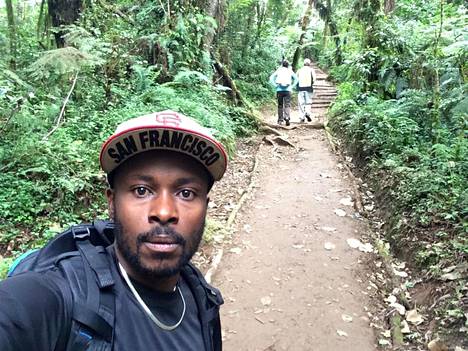 In Finland, the warmest days of the week are forecast for Wednesday and Thursday, and even +33 degrees can be exceeded.

Although there have been ten weeks in Finland around 30 degrees, in many places these temperatures would not be instantaneous.

Read more: In Kouvola, the record of measurement history is broken: heat has been in the pipe for 27 days - see where the hottest is right now

IS asked those accustomed to sunbathing for tips on how to cope with the wild heat.

In Tanzania, Elly Anase from Arusha relies on traditional methods on hot days.

- On a hot day, we drink a lot of water and stay at home or in the shade of the trees, Anase says.

Anase runs her own travel business and serves as a guide in Kilimanjaro, where the importance of drinking water is emphasized.

Although the climate in Arusha is cooler than on the Tanzanian coast, before the rainy season, daytime temperatures are around 30 degrees for weeks.

Elly Anase says she drinks a lot of water and stays in the shade on a hot day.

Rola Diab, who lives in the Italian roastery, says she uses a number of different means to cope with the heat.

Diab, who lives in Ferrara, says it is no exception today that the temperature rises to 35 degrees in the summer or even closer to 40 degrees.

- Here we drink almost three liters of water a day.

We also eat lots of ice cream and fruit every day.

We make cold dishes: salads with rice or pasta.

It's all cold, Diab says.

Diab also says it is working to keep the apartment cool.

- In the morning I open all the windows to ventilate.

Then at 11 o'clock I close the blinds.

And then from nine in the evening I open the windows.

In addition, children are taken to the pool and sea to swim and cool off in the morning and after the worst heat in the afternoon.

According to Rola Diab, cold foods and lots of ice cream are eaten in Italy during the summer heat.

In Iran, temperatures can rise by more than 50 degrees in the summer.

The country’s heat record is 54 degrees and it was measured in 2017.

- A lot depends on which country grows.

45 degrees is just nothing to me.

But you have a lot of it, because most of the time it is cold in Finland, says Reza Moradi, who lives in Karaj.

For example, at the beginning of next week, daytime temperatures in Karai, northern Iran, could be as high as 38 degrees, and even at night, well above 20 degrees.

According to Morad, the locals are fleeing the heat and sun indoors.

- When it's too hot here, people prefer to go out at night, so the shops are open until two or three in the morning.

According to Morad, the feeling is also made much easier by drinking sweet lemon juice and other sweet drinks.

- We should not use plastic man-made fibers such as polyester, Moradi suggests.

- When it comes to sleeping, everyone has an air conditioning system.

Otherwise, the heat cannot last for a minute.

However, the harshest heat is not outside in the sun but inside in the cool.

In Barcelona, ​​Spain, the temperature usually rises to 30 degrees in the summer and is often just over 20 degrees at night.

During the heat waves, it’s even hotter: in 2015, for example, a record 36 degrees were measured, Local reported at the time.

He urges to always carry a bottle of water.

- Salads and cold soups like Spanish gazpacho are your best friends when it comes to food, Terrado suggests.

- Fan saves your life on buses or subways and even at Disco!

Always carry one in your bag.

Blanca Terrado drinks a lot of that and eats cold food when the outdoors is hot.

In Russia, temperatures in the Republic of Ingushetia of more than 30 degrees are common in summer.

For example, up to 36 degrees are now forecast for the rest of the week, and mercury may rise even higher early next week.

- Hot weather is common in us.

So that's normal for me.

The temperature does not affect my daily life - what I always do, says Ruslan Jandiev.

According to Jandiev, however, helping to withstand the heat is that there is air conditioning at work and at home the trees provide shade and the windows always stay open.

- Because I cycle, I feel the fluid-electrolyte balance and I take care of it in everyday life, especially when it is hot.

My biggest instruction for people, and especially for the elderly, is that they take care of fluid-electrolyte balance, Jandiev suggests.

- But my more wonderful advice is to use the bike in hot weather, so you don't need air conditioning but you ride in fresh air and the soft wind also cools well.

Ruslan Jandiev likes cycling even on a hot day, because then the airflow also cools down.