Yle is experimenting with 4K-quality live broadcasts at Yle Areena. However, transmissions only work on certain devices. 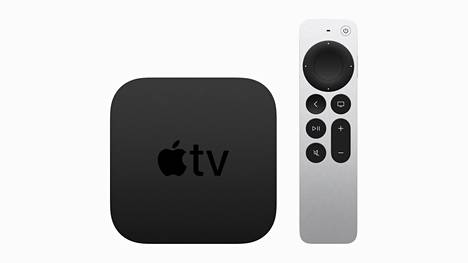 Yle says that it is trying 4K quality in its live service in its Arena service.

In the future, Yle Areena's smart TV application will make it possible to watch the European matches of the Owls and the European Final in ultra-high definition.

For comparison, the standard full HD resolution is 1920 times 1080 pixels.

According to Yle, the experiment will work with Samsung's UHD smart TVs released after 2016 and LG acquired after 2017.

In addition to the trial broadcast, Yle also intends to broadcast a normal quality broadcast.

Apple's smart TV, or Apple TV, is one of the devices that can be used to watch Owl's games live in 4K quality.

Yle's service manager Kari Haakana says on Twitter that it is currently not possible to follow broadcasts in UHD quality on a PC, for example, but only on devices listed by Yle.

Elisa Viihde has previously used UHD quality in live broadcasts in Finland, which started broadcasting some Mestis hockey matches in 4K in 2018.

According to Yle, the bandwidth required to watch UHD-quality live broadcast is about 20-25 Mbps.

Read more: What kind of video quality is your internet connection enough for?

This is how you find out

Yle will also increase the frame rate of Arena's live TV broadcasts from 25 to 50 frames per second and the bit rate from 2.7 Mbps to four Mbps.

Both changes are especially helpful for watching sports, as the higher frame rate makes it easier to follow the movement on the screen.

According to Yle, watching live TV broadcasts may not work in the future in smart TV models acquired before 2015.

These updates only apply to Yle Arena's live broadcasts and not to traditional broadcasts via the aerial or cable network.