Microsoft has already released the fourth edition of the Surface Laptop. Not cheap, but you do get a lot of laptop in return. 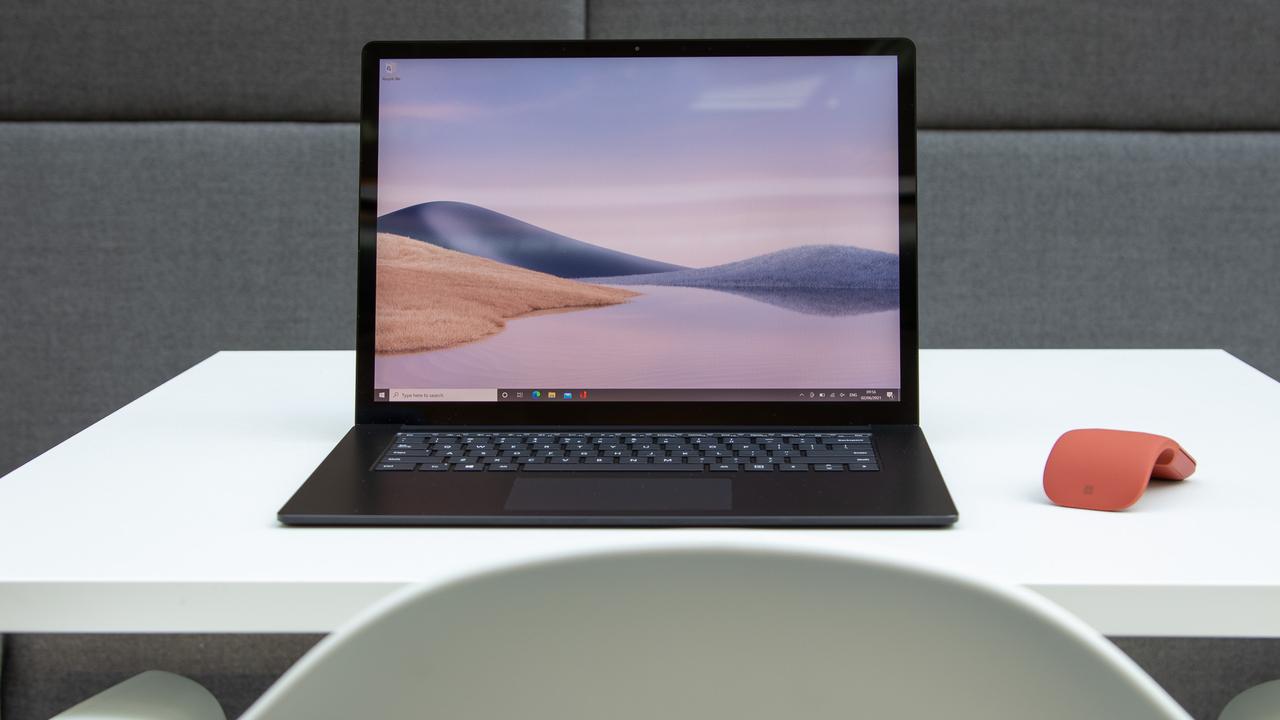 Microsoft has already released the fourth edition of the Surface Laptop.

Not cheap, but you do get a lot of laptop in return.

Microsoft announced its Surface Laptop 4 in mid-April and the new model looks like two drops of water on the old Surface Laptop 3, which dates back to 2019.

The Surface Laptop 4 is available with two screen sizes.

Both have a touchscreen.

The cheapest version has a 13.5-inch display and comes with a Core i5, Core i7 or Ryzen 5 processor.

The 15-inch model that we discuss in this review is equipped with a Core i7 or Ryzen 7 processor.

The specs are not impressive.

The cheapest variant with a 15-inch screen has a Ryzen 7 processor and 8 gigabytes of RAM.

Such prices are reminiscent of Apple's.

If it's so expensive, what makes a Surface Laptop more interesting than a Dell, HP, or Lenovo?

The laptop is a bit higher and narrower due to the specific screen.

The laptop is a bit higher and narrower due to the specific screen.

Speakers in the keyboard

The exterior makes a Surface device different from other laptops to begin with.

It's a clean, minimalist design, with only a Microsoft logo on the case.

The screen with a ratio of 3 by 2 makes the laptop a bit higher and narrower than competitors.

Speaker grilles do not fit into the sleek appearance of Surface devices, which is why the speakers are incorporated under the keyboard.

That's nice, because unlike many other laptops, they are not pointed downwards, but upwards, towards your ears.

There are not many connection options.

On the right is only the connection for the charger.

This is Microsoft's own plug, which is magnetic and therefore releases when the cable is suddenly pulled.

On the left are the USB ports: one with USB-A and another with USB-C.

The multifunctional USB-C connection is practical, but we would have liked to see more connections.

Thunderbolt support and a full-fledged HDMI connection would have been useful.

Other than the charger, no peripherals and accessories are supplied with the Laptop 4.

A nice addition to the charger is the USB-A connection to charge your phone.

Fast charging is not supported by the way;

The processor in the Surface Laptop 4 we tested knows what to do.

In tests, it performs as well as the best laptops in the segment.

When we try to export an edited video, it is also one of the fastest machines in its class.

However, if you look at the graphics capacity of the laptop, it falls short of the competitors in other tests.

That's because the graphics hardware is the weak point of this AMD processor.

In terms of brightness and contrast, the screen is the same as that in the Surface Laptop 3. You can see everything fine on it outside, provided it is not too sunny.

Remarkably enough, the calibration of the screen is somewhat worse on the Surface Laptop 4, although the difference is not large.

If you give the hardware a little more crap, the battery life will be a lot shorter and you only have four hours left.

What Apple has been doing with the MacBooks for six months, Microsoft is doing in miniature with the Surface Laptop.

The manufacturer builds a high-end product, with its 'own' processor that is well matched to the rest of the hardware, and integrates support for the hardware into the operating system.

We can therefore well imagine that, if you are looking for a high-end laptop, you will pay extra for the Surface sauce that the Laptop 4 offers.