Comment: Mamma mia, what a bun! The very meter of the lions is ahead next

The slapping matches are now played. From now on, Leijon will not have any easy matches ahead, writes hockey journalist Sami Hoffrén. 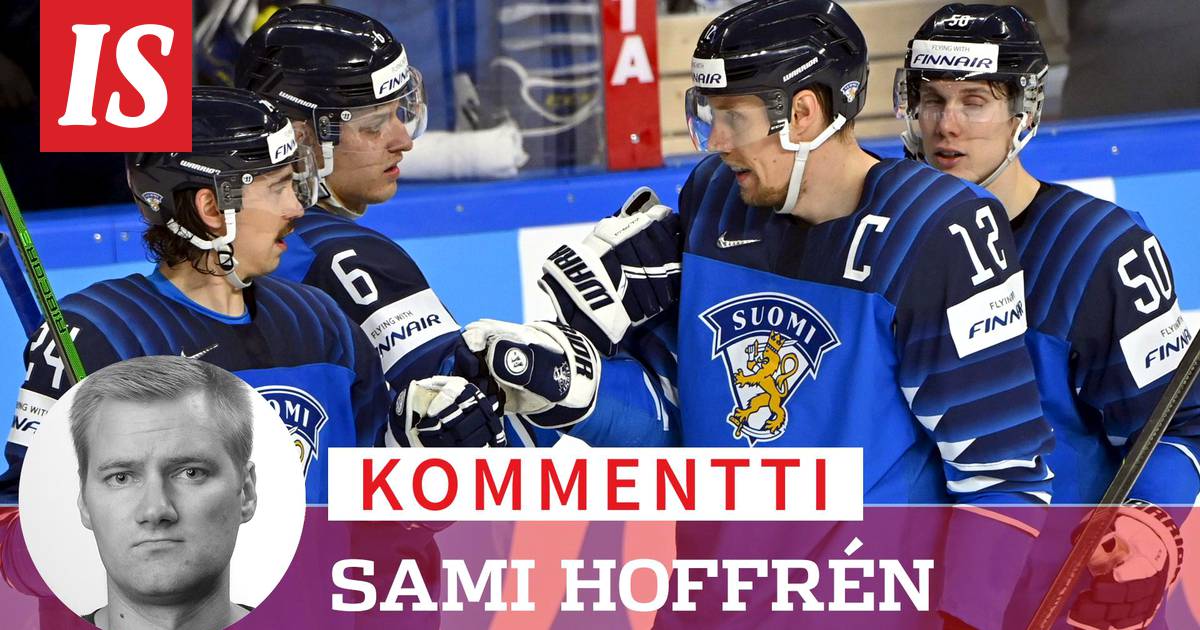 The first and last forced bun of the tournament sank halfway down from the Lions.

This spring's World Cup tournament has been full of surprises, but Thursday's Finland-Italy match was a familiar first-row oatmeal from last year's World Cup.

The level difference was huge, as expected.

One team is playing for World Cup gold, the other team is just taking part in a tournament that can’t even drop to a lower league level this spring.

Corona-ravaged Italy is the weakest bundle of the tournament.

For the lions, Italy was mostly a light antipasto before the weekend’s tougher table setting, with a disciplined Germany on Saturday and a host country on Latvia on Sunday.

The upcoming weekend of doubles is also a very measure of the tournament so far for Leijon.

Finland got its head open against Italy in good time when Tony Sund beat the liberating opening goal with superiority after less than six minutes.

The recipe was simply effective.

A puck line and a two-player layered mask in front of the goal.

It is worth continuing to rely on the same well-established formula.

Immediately after the opening goal, after a 2-0 goal, the match practically died.

Against Italy, the Lions did not achieve the expected broad front successes, but the opening goal of the Arttu Swedish tournament was a mentally big hit for the team’s only striker to play in the NHL this season.

The Swede exudes a huge hunger to solve.

The defensive play of the Lions was hardly able to hone, as the Italian offensive game was so unattainable from rattling from start to finish.

In Thursday's match, the more essential thing was to get more necessary straightforwardness in the offensive area's breaking games, but in this area, Leijon still has a huge amount of work to do.

There was still badly left in the barrel.

Finland only managed to play superiority in the first three matches of the tournament three times.

The permissive line of judging is one explanatory factor, but the Finnish strikers have not yet challenged bravely enough in certain situations to force the opponent to take the ice.

Therefore, the functionality of the game of superiority is still some mystery, even though the numbers look good at the moment.

Now the patent solution is a hard distribution feed sent by Kontiola to Jere Innala.

Opponents of this pattern will certainly scout away in the future.

The game of superiority will need more variations in the future as your opponents harden.

One way is to make more active use of the depth direction.

On a couple of occasions, I see Pakiro's pass from the front of the goal to the corner of the goal.

From here, a quick transfer of Pakarinen to the center to Anton Lundell, to whom a quality plot can open, can be opened.

On the plus side, you no longer need to spoon similar foul matches in this tournament.

The slapping matches are now played.

From now on, Leo will not have any easy matches ahead.