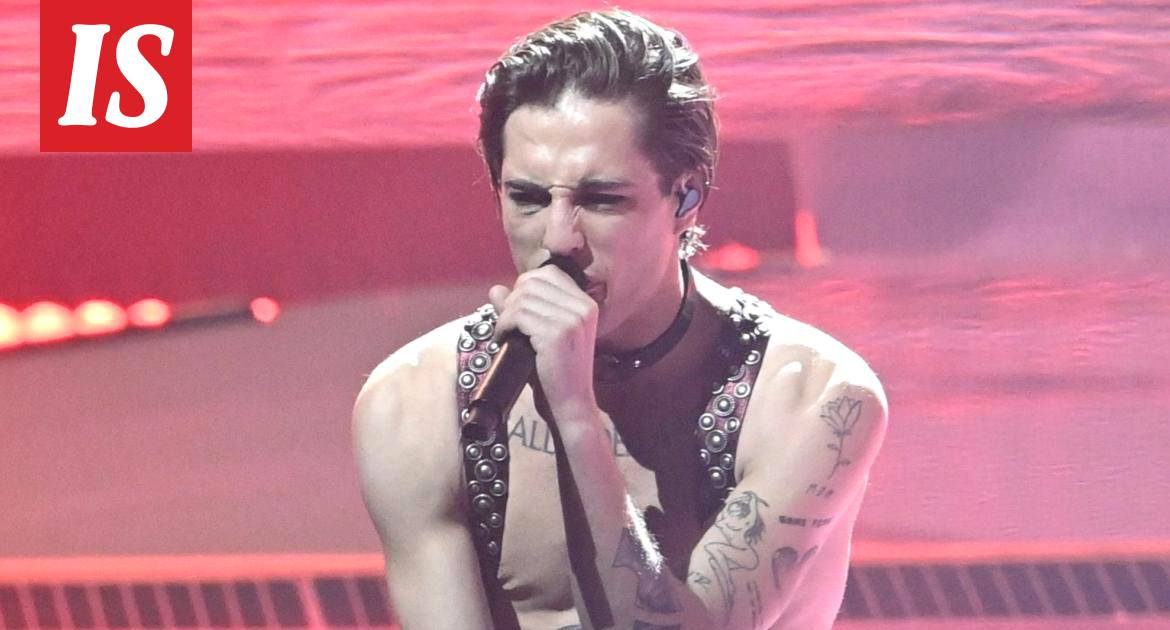 Italian Eurovision band singer Damiano David said on Sunday he would go for a voluntary drug test when TV viewers suspected he had used drugs in the Eurovision final.

European Broadcasting Union Ebu now says in a statement that David had a negative drug test.

Damiano David was caught in the middle of a rumor mill on Saturday’s Eurovision final as the cameras captured the band’s mood in the back room of the visas.

The live broadcast saw a situation where David bent down to press his face close to the table.

The band posted an announcement on Sunday morning in the Stories section of their Instagram account that the band members are ready to go for a drug test because “we have nothing to hide”.

- We are really shocked by what some people say about Damiano's drug use.

We are really opposed to drugs and we have never used cocaine, Måneskin wrote.

- We're here to play our music.

We are really happy with our Eurovision victory and we want to thank everyone for their encouragement.

David has said that in a situation where it looks like he’s using cocaine, he’s actually looking down because guitarist Thomas Raggi had said he broke the glass.

I don't use drugs.

Please do not claim that, Damiano David stressed.

- Do not make such claims.

There was no cocaine, don't bother.