Initially, Penttilä was supposed to climb to the top of an 8,848.86-meter-high mountain last year, but the corona pandemic ruined the plans. 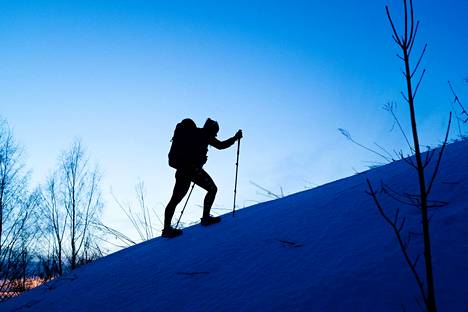 Finnish mountaineer Anni Penttilä has been involved in the Altitude Junkies group led by Phil Crampton, which “peaked”, ie reached the top of the world's highest mountain after 36 days this morning.

The matter emerges from the latest update of the expedition.

- We reached the top this morning.

All the members of the expedition as well as the sherpas (guides) are now back to date with South Col resting and will soon land at camp two, according to the latest update of the travel blog on 24.5.2021.

This is also confirmed by Trish Crampton, the wife of Phil Crampton, reached by Ilta-Sanomat from Texas, who is updating the website with the latest information.

I’m not 100 percent sure if everyone got to the top, but I know Anni got there, Trish Crampton says over the phone.

In March, Penttilä said in his blog that his journey began on April 16 on a flight from Finland to Nepal.

The trip of the expedition itself began on April 18 from Kathmandu, the capital of Nepal.

On March 25, Penttilä said in his blog that the expedition consisted (according to the information of the time) of four climbers.

In addition to Penttilä, the group includes one British, a Swiss and an American.

In addition to this, the group includes Phil Crampton as well as sherpas or local guides.

Anni Penttilä became enthusiastic about mountaineering after reading about the subject at the age of 16 from National Geographic magazine and visiting Nepal a year later.

Originally, Anni Penttilä was supposed to climb to the top of Mount 8,848.86 meters high Mount Everest last year, but the corona pandemic ruined the plans.

All in all, it has been an eight-year project that has now culminated.

Penttilä told Helsingin Sanomat in April as he prepared for departure that he had dreamed of conquering Mount Everest ever since he vacationed with his sister in Nepal in 2013 and participated in the Annapurna Circuit trek.

- I was really impressed with what it was like to hike in the Himalayas.

It was on the verge of basics.

How he sleeps and eats affects how the trip goes, he described in Helsingin Sanomat.

- I wanted to set a goal for myself.

From the beginning, the plan was for me to climb Everest before I turn 30.

Mount Everest is the highest mountain in the world.

The goal - not the easiest way to go - has now been achieved and on time, as Anni Penttilä is 29 years old.

In his blog, Penttilä says that his passion for the mountains stems from a 16-year-old article in National Geographic magazine and a 2013 Annapurna Circuit hike.

The last time last year, he himself was the tour manager for the travel agency Aventura.

IS has not reached Penttilä to comment on the conquest of Mount Everest.