- Maybe in the future you could park your car elsewhere - in a landfill, for example, read a tag left by a neighbor in the wind. 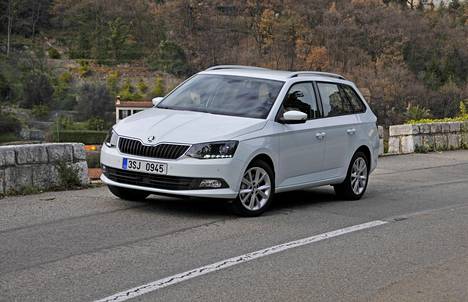 An unsuspecting English woman parked her £ 12,000 (about € 14,000) car Skoda Fabia across the street in Shanklin on the Isle of Wight.

Julia Laursen's, 56, neighbors were not pleased with the woman's parking solution, but a tag was left on Laursen's windshield asking her to kindly park her car elsewhere.

The reason is by no means illegal parking, but simply an overly middle-class vehicle.

The Skoda Fabia has been a small passenger car model since 1999.

- I hope you don't mind, but could you kindly not park your car on this street.

Our charming and decent street now looks like Beirut.

We don’t drive such vehicles, so maybe in the future you could park your car elsewhere - in a landfill, for example, the tag reads.

The sign of the patch is marked “Littlestairs Road Administration,” but its true submitter is not clear.

The enraged Laursen shared a picture of the patch on his private Facebook account, which was reportedly published by The Sun, which quoted Laursen's publication.

According to the magazine, Laursen did not spare his words, but began his publication concisely with the words: "What v *** ua?"

- Since my car doesn’t have a showy £ 60,000 Rolls Royce or similar all-wheel drive SUV used only for children’s school trips, he settles.

In his writing, Laursen made an open invitation to park his dilapidated vehicles along his home street so that the person or abandoners of the patch got a taste of “what it might look like in Beirut”.

Laursen’s Facebook update quickly garnered attention on social media, and he received a lot of support from other Britons who offered to jump behind the wheel and ride down Littlestairs Road.