The Helleraja border may be exceeded on Tuesdays, Wednesdays and Thursdays in a few places in Finland. 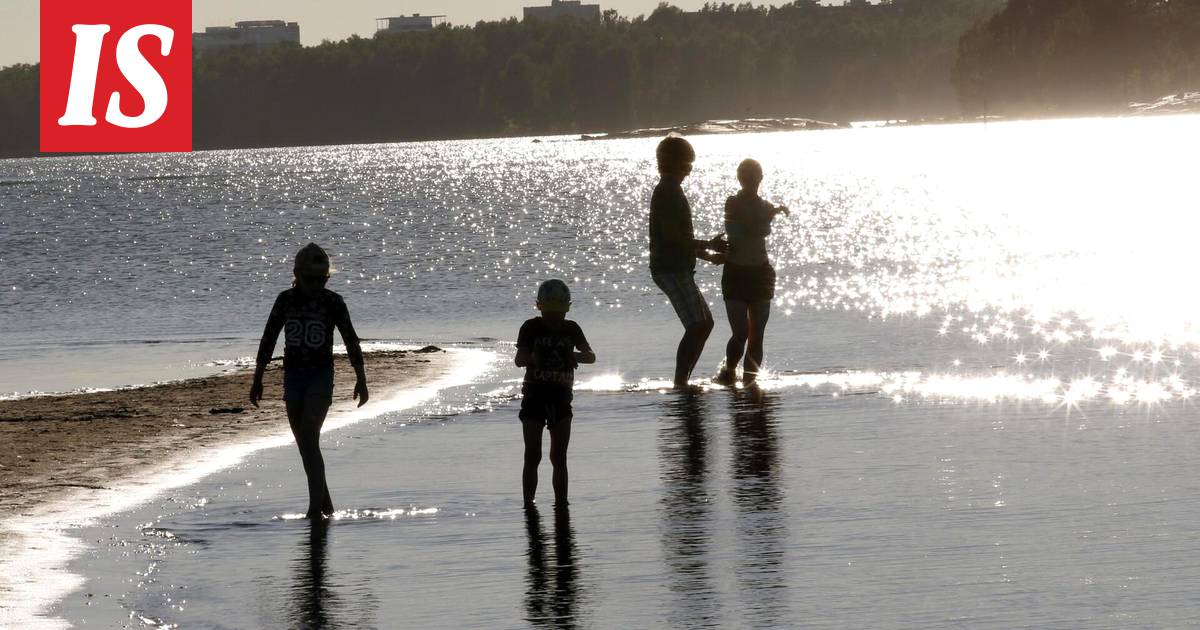 Monday turned white in many places rainy in the southern and central parts of the country.

Soon, however, the weather is about to change.

- During the day, however, the weather is already starting to clear and rain from the south coast, says Ari Mustala, the meteorologist on duty at the Finnish Meteorological Institute.

Warm air from Central Europe is beginning to flow to Finland.

- High pressure is best maintained in Finland from Tuesday to Thursday.

According to the forecast, a large part of the country will be dominated by summer heat as well as sunny weather.

Twenty-degree temperatures are promised until Thursday in much of the country.

It is even possible that the heller limit may be exceeded (25 degrees).

Where could we most likely end up crossing the Heller limit and when?

- According to the forecast, temperatures on Tuesday in Finland could be 22 degrees.

The warmest is in the Lahti, Kouvola and Lappeenranta regions, which means that crossing the border is most likely there, Mustala says.

According to Mustala, Wednesday is becoming an even slightly warmer day than Tuesday.

There will be 23 degrees for Southern Ostrobothnia and Satakunta.

- On Wednesday, the warmest is in the Kankaanpää and Seinäjoki regions.

So those areas are closest to breaking the hell border, he says.

Helleraja is still in a hurry on Thursday.

- The high pressure is moving towards Northern Ostrobothnia, where it can be extensively 24 degrees warm.

The crossing of the Helleraja could most likely take place in Ylivieska, Sievi and also in Southern Ostrobothnia in Seinäjoki, Mustala says.

According to Mustala, the high pressure will start to give way to Finland on Friday.

- The weather is becoming more unstable, so the readings are not as hard then as on Tuesday, Wednesday and Thursday.

When is it hot?

When the highest temperature of the day is over 25 degrees Celsius, you can talk about heat in Finland.

The practice is also valid in several Nordic countries.

For example, Norway and Denmark speak of a "summer day" and Norway also uses the more informal term "Nordic summer day", when the day's maximum temperature rises above 20.0 ° C.

Of the other European countries, Germany has also officially used a term comparable to heat in the past, when the highest temperature of the day had to rise by more than +25 degrees.

Even today, this definition is used in vernacular when talking about hot days.

In southern Europe, heat is generally not given a more precise definition.

Often we only talk about longer heat cycles.