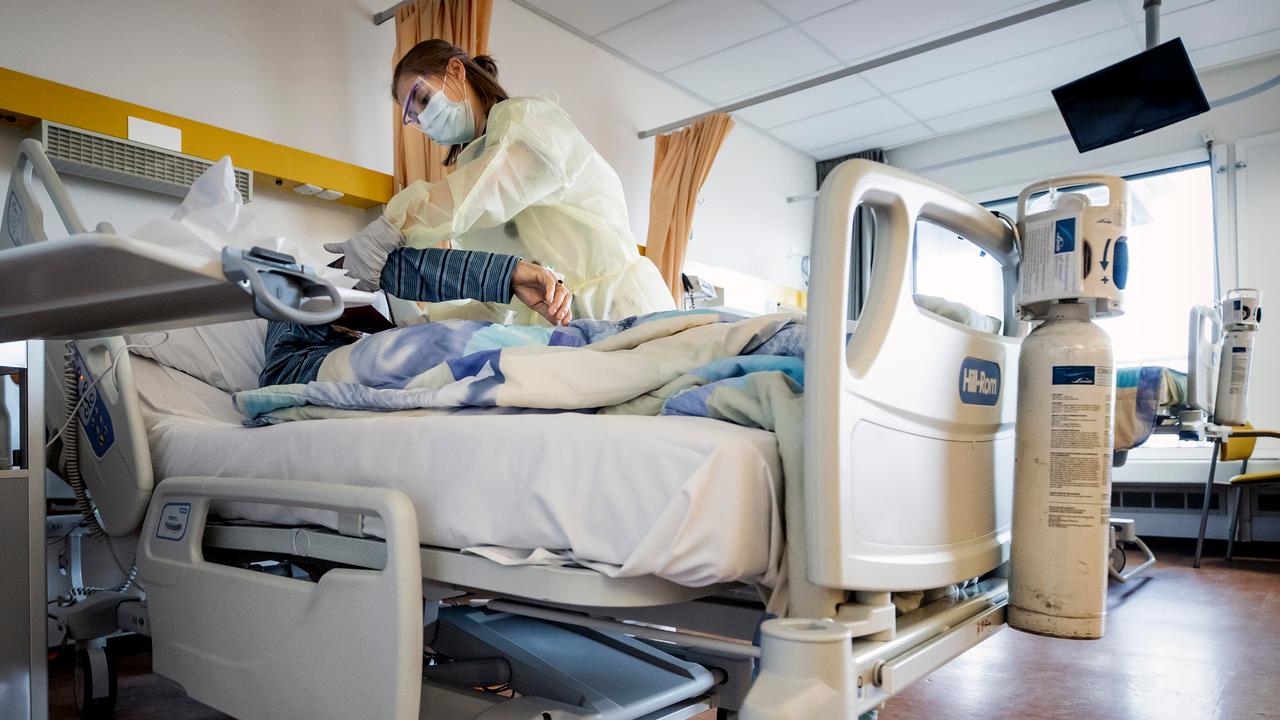 There are 2478 corona patients

The total number of patients admitted on Saturday is the lowest since mid-April.

There are currently 1700 people in the nursing wards with Covid-19, the disease caused by the coronavirus.

That is 24 fewer than the day before.

The number of corona patients in intensive care is 778, 19 fewer than on Friday.

Pfizer will supply an additional 1.8 billion corona vaccines to EU

Pharmaceuticals BioNTech and Pfizer will supply an additional 1.8 billion corona vaccines to the member states of the European Union over the next two years, European Commission President Ursula von der Leyen announced.

Pfizer will deliver an additional 900 million doses to the EU from the end of this year, and a further 900 million from 2022.

Those vaccines will be distributed evenly among the Member States on the basis of population.

The extra order means that the Netherlands can expect at least 70 million extra doses of the Pfizer vaccine over the next two years.

Six participants of the trial holiday to Gran Canaria have tested positive for the corona virus, travel agency TUI reports.

The infected travelers must therefore remain in quarantine for ten days on the Canary Island.

According to the travel organization, the infected travelers are doing well.

The six infected people will do a second corona test to be completely sure of their case.

Because of the infections, 183 test travelers will fly back to the Netherlands on Saturday evening instead of 189. Read

India has reported a record number of corona-related deaths in the past 24 hours on Saturday. For the first time, there were more than four thousand. In total, 4,187 deaths from COVID-19 were registered in India in the past 24 hours. This brings the total death toll in India to 238,270, the third highest in the world.

The number of diagnosed corona infections in India increased by 401,078 between Friday and Saturday, a slight decrease from the day before. The total number of infections in the country with about 1.37 billion inhabitants comes to around 21.9 million.

Besides a shortage of beds, there are also major shortages of medical supplies, such as oxygen.

There will also be an end to the curfew in Belgium.

The corona virus that causes the disease COVID-19 will no longer be circulating in the United Kingdom in August. Leaving chief executive of the British vaccine operation Clive Dix said this in the

The Briton is convinced that so-called 'vaccine boosters' will not be necessary until the beginning of 2022. London is currently still investigating which corona vaccine is most suitable for this.

Dix expects everyone in the UK to have at least one shot before the end of July. "By then we will probably have protected everyone against the known coronavirus variants."

the available COVID-19 vaccines with each other, exporting produced vaccines and raw materials and investing in production capacity are the most important elements, according to President of the European Commission Ursula von der Leyen. to be able to vaccinate and protect the world's population against the corona virus.

Von der Leyen said this in Porto, Portugal, shortly before the start of an EU summit. She calls on the United States and other vaccine-producing countries to export supplies to countries where there is a shortage, rather than just releasing patents.

EU leaders are discussing the issue of the patents at a working dinner as the United States unexpectedly expressed support for a proposal from India and South Africa to release the corona vaccine patents earlier this week.

Many more corona-related deaths in India

The corona crisis in India does not seem to be diminishing for the time being.

He asked the RIVM to find out whether pregnant women run a higher risk of a serious course of a corona infection.