“The fact that a huge pile of shards of metal is flying towards Earth at a rate of hundreds of kilometers per hour is not a good operating model,” says the astrophysicist. 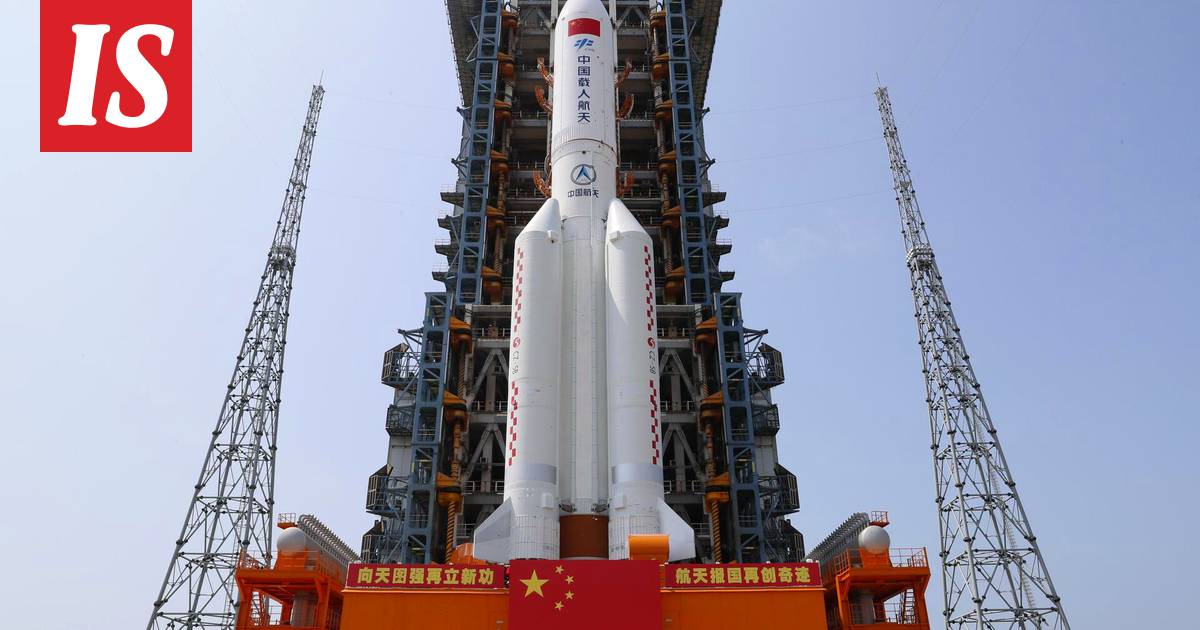 A Chinese launcher traveling uncontrollably towards Earth can hit Earth almost anytime during the weekend.

The US Department of Defense has estimated that the launcher will return to Earth's atmosphere at two o'clock Finnish time next night, but the estimate "lives" in both directions for nine hours.

In practice, the estimate therefore means that the rocket will appear in the atmosphere during Finnish time between 5 pm on Saturday and 11 am on Sunday.

The 18-tonne nuclear part of the long march called the 5B rocket is advancing recklessly in space, and it is not yet known where on Earth it will hit.

However, China has pre-embarrassed concerns about possible damage, saying it is extremely unlikely that the launcher will wreak havoc.

It is very possible that a launcher or those parts that do not burn will spill into the sea, as the earth is 70% water.

"We hope it (the launcher) will land where it won't hurt anyone," said U.S. Department of Defense spokesman Mike Howard.

According to Howard, the United States is following the launch of the launch vehicle.

However, the exact place to hit the atmosphere only becomes clear a few hours before the h-moment.

The probability of personal injury is very low

U.S. Secretary of Defense Lloyd Austin said earlier that the country’s armed forces have no plans to shoot the launcher down.

Austin hinted that the Chinese have been careless in letting the rocket fall off orbit.

Florent Delefie, an astronomer at the Paris Observatory, has estimated that the probability of launcher waste hitting an inhabited area is really small, perhaps only one in a million.

The hit caused material damage, but no one was killed or injured.

Astrophysicist Jonathan McDowell of the Harvard-Smithsonian Center for Astrophysics does not find the situation particularly worrying.

However, he believes that China needs to change its approach.

- The fact that a huge pile of shards of metal is flying towards the Earth at a rate of hundreds of kilometers per hour is not a good operating model, and China should shape its Long March 5B flights to avoid this.