Why did the Amsterdam police not intervene at Ajax's title party?

The fact that twelve thousand fans celebrated the Ajax championship at the Johan Cruijff ArenA on Sunday, cheering and hitting, led to a lot of criticism because of the risk of spreading the corona virus. Why did the Amsterdam triangle (mayor, police and justice) not intervene? 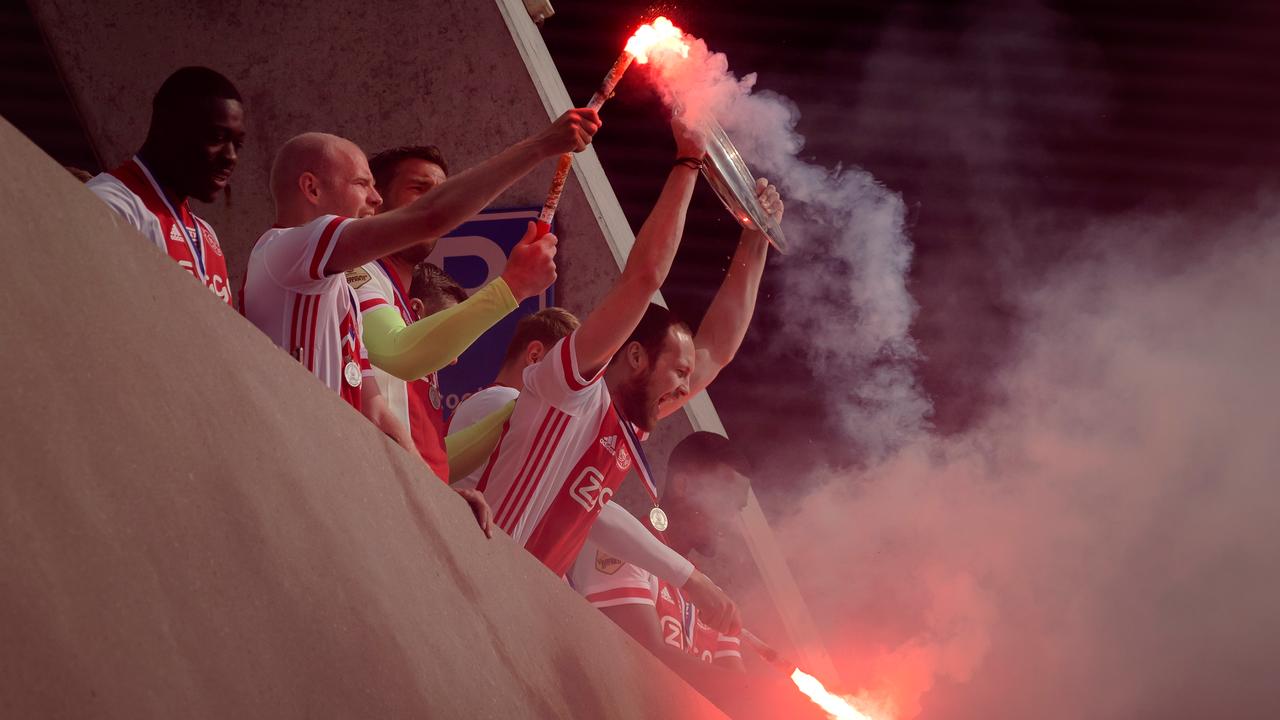 The fact that twelve thousand fans celebrated the Ajax championship at the Johan Cruijff ArenA on Sunday, cheering and hitting, led to a lot of criticism because of the risk of spreading the corona virus.

Why did the Amsterdam triangle (mayor, police and justice) not intervene?

"We look at each situation whether and in what way action should be taken", says a spokesman for Amsterdam mayor Femke Halsema.

"Whether you can act as a police force also depends on whether it goes peacefully. At an anti-corona demonstration on the Museumplein, there were groups with weapons that were out to fight. Then you can intervene. But it differs from case to case."

According to the spokesperson, not every anti-corona demonstration is intervened.

On Sunday there was also such a demonstration in the capital and the municipality allowed it.

"It was indeed dynamic and therefore traveled through the city. We always weigh up whether the corona measures are being complied with and what the consequences are for public order."

Police violence must always be proportional, emphasizes professor by special appointment of Security and Collective Behavior at the University of Groningen Otto Adang.

According to him, the question is whether intervention during the Ajax party would have been proportional.

Too many people stood on top of each other.

"What kind of intervention is then proportional? After all, there was no violence," says Adang.

What would have happened if the police did intervene?

The question is also what would have happened if the police had intervened.

Amsterdam reported on Sunday evening that it had refrained from it in order to prevent "disturbances and escalation of violence".

This also prevented the supporters from moving to the city center and the terraces.

"It is a balancing act, in which you have to weigh all those things carefully," says crisis expert Werner Overdijk.

"Twelve thousand men is really a very large group. They have a strong bond with Ajax and it is almost impossible to say that you are not allowed to meet anywhere at all. Those guys want to celebrate."

Adang cites draconian measures, such as closing all roads to the stadium, as an option to prevent the formation of large groups.

"But what kind of reaction does that lead to? Are people going to gather in a different place?"

"It was unwise from outbreak management, but it has only been a short time, no damage has occurred and the city center has not been bothered", Overdijk observes.

"I think that from a public order and security perspective, the correct action was taken."

Twelve thousand fans gathered around the ArenA on Sunday to celebrate the Ajax title.

Twelve thousand fans gathered around the ArenA on Sunday to celebrate the Ajax title.

Could Ajax have done more itself?

Ajax speaks of a "spontaneous action" by the players, who suddenly walked onto the parking deck with the championship scale.

"Given the sheer amount of fans that had gathered outside, this was probably better than forcing the players to stay inside and ignore the fans outside," said a club spokesman.

Peter van der Velden, former mayor of several municipalities and co-author of the analysis of the massive Black Lives Matter protest in Amsterdam, wonders whether the club could not have done more.

"Ajax could also have said: we are doing nothing at all and are celebrating the championship at a different time."

"I know that the enthusiasm among supporters is very great, but many people work at Ajax with unprecedented experience in the field of marketing and PR. Is it conceivable that they would have said: we express our solidarity with the care sector, carry the championship. to them and that's the reason we're not celebrating it right now? "

Incidentally, Van der Velden sees that the municipality of Amsterdam has adopted the recommendations from the analysis in which he contributed.

"I see that they have started working on that and I think that the local triangle has faced tremendous dilemmas. You cannot decimate all risks to zero, because there is always spontaneity that you cannot completely eliminate."

Thousands of supporters at ArenA celebrate the Ajax Championship with players