The Chief Prosecutor wonders whether the police, prosecutor, and court are really needed for appointment cases. 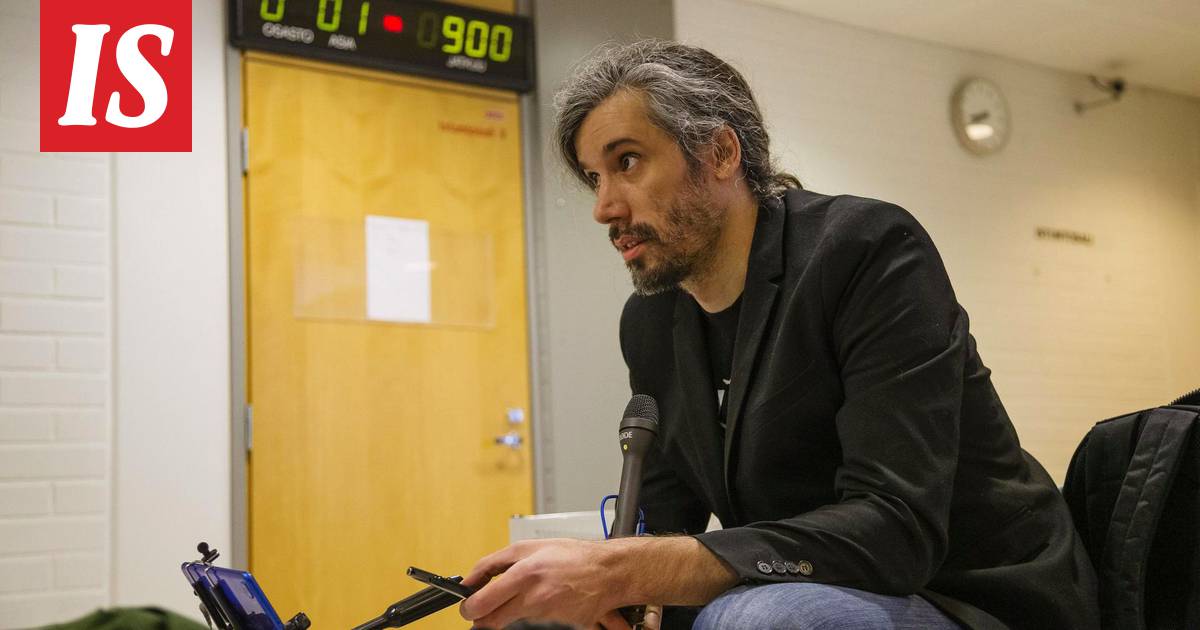 A familiar-sounding case is pending in the Oulu District Court.

Iltalehti's journalist Tommi Parkko is accused of insulting the honor of Junes Loka, the city councilor from Oulu.

A similar type of case just received leave to appeal to the Supreme Court.

In it, the Court of Appeal condemned journalist-writer Johanna Vehko for insulting Loka's honor after calling Loka, among other things, a Nazi on social media.

Parkkonen, who is now being prosecuted, tells STT that the tweet published in April 2019 was a primitive reaction to the district verdict that Vehko received at that time.

According to Parkkonen, the purpose of the tweet was to criticize the activities of the district court.

In his tweet, Parkkonen called Lokka, among other things, the final disposal of humanity and used other rude and offensive expressions about him.

As finals, he sent greetings to the Oulu District Court, which had handled the Vehko case.

According to Parkkonen, Loka should tolerate sub-style language, because he cultivates one himself.

Looking back, Parkkonen states that the tweet was intentionally stupid and provocative.

- It was a surprise of the verdict received by Vehko, and I guess its terribly bad point was whether this would become a lawsuit too.

When it became, maybe now I would do it differently, Parkkonen says.

However, he denies guilty of defamation with his tweet.

In his video, Lokka has said that he made a request for an investigation into Parkkonen himself, although he states in the same video that the defamation clause should be removed from the Penal Code completely.

He has profiled himself with his sub-style use of language.

A municipal councilor convicted of two incitements against a group of people has, among other things, called Muslims stupid and sick.

In addition, Loka’s blog called another man a lunatic, a sociopath, and a narcissist, which is why the court has ordered his writings to be removed.

According to Loka, it was a social debate at the time.

He explained calling Yle’s boss a whore by saying that the appointment only meant a person he didn’t like.

According to the Oulu District Court, Lokka is currently being prosecuted for four different defamations, dissemination of information and incitement to privacy against a group of people.

The BTI asked Loka if he was really injured in the case or if the lawsuits were a tool for him to make a policy.

- The Ministry of Justice says that hate speech is a punishable act and hate speech must be reported to the police, Lokka says.

- Shouldn't we then obey what the Ministry of Justice says?

He does not want to discuss the subject in more depth, as he considers BTI to be a “false medium”.

The lawsuit between Vehko and Loka also played a part in the fact that Parkkonen's writing exceeded the prosecution threshold.

- The decision of the Rovaniemi Court of Appeal in the Vehko case had an effect on exceeding the prosecution threshold.

The court held that similar conduct is punishable.

Of course, we follow the decision-making practice of the Court of Appeal and the Supreme Court, for example, when making decisions, says Anna-Leena Farin, the prosecutor of the case.

- In addition to legal provisions, we are guided by, among other things, case law, we strive to follow the decisions of the courts.

In addition, the line is guided, for example, by the solutions of the public prosecutor.

In the end, the prosecutor always makes the decision to prosecute independently.

Männikkö states in the individual case, without commenting, that the defamation clause could be critically reconsidered.

Under the Penal Code, a person who presents false information or hints about another in such a way that the act is likely to cause harm, suffering or contempt for the offended shall be convicted of the defamation.

In addition, the judgment is given to one who, other than above, despises another.

According to Männikö, this so-called second point leaves a lot of room for interpretation.

In Finnish times, potential cases to be brought to justice are in the darkest of the clouds, but only some find their way to the grater.

An interpretative article and its application often raises the question of whether justice is the same for all.

According to a recent study by Helsingin Sanomat, this is not the case, as the line between the police, prosecutors and the court varies randomly.

Defamation is also a criminal offense, ie the prosecutor cannot prosecute unless the victim of the crime is active in the case.

- It could be a good idea to look at abandoning the second paragraph of the article.

In addition to the possibility of interpretation, the fact that there is freedom of speech in the second horizontal cup is in favor of giving up this.

One issue is the lack of action.

In my opinion, the designation is mainly equated with bad behavior, and not all bad behavior should be dealt with in criminal proceedings, Männikkö says.

He wonders if another’s appointments and barking could be treated as civil lawsuits.

In that case, the injured party could still seek redress through the courts, but there would be no need for a police and prosecutor in between.