Which is the better coronary vaccine, Pfizer or AstraZeneca? IS sought answers to seven key questions

Ilta-Sanomat compared seven things in the coronavirus vaccine between Pfizer and AstraZeneca. In the early stages of coronary vaccinations, AstraZeneca was referred to as a “folk vaccine” to vaccinate the majority of the Finnish people. Due to AstraZeneca's delivery difficulties and subsequent suspicions of blood clotting disorders, the status of the folk vaccine has been transferred to Pfizer / BioNTech. However, due to AstraZeneca's current minimum age of 65, the number of people being 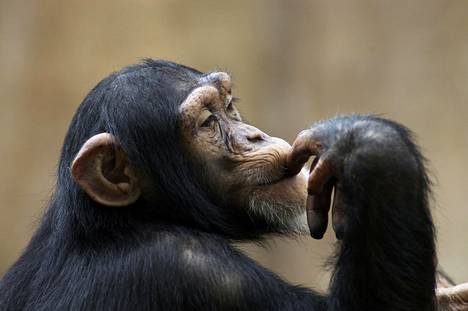 In the early stages of coronary vaccinations, AstraZeneca was referred to as a “folk vaccine” to vaccinate the majority of the Finnish people.

Due to AstraZeneca's delivery difficulties and subsequent suspicions of blood clotting disorders, the status of the folk vaccine has been transferred to Pfizer / BioNTech.

However, due to AstraZeneca's current minimum age of 65, the number of people being vaccinated is running low, and many hundreds of thousands of doses of the vaccine are in danger of remaining unused.

One possibility may be that the AstraZeneca vaccine is given to those who volunteer.

On April 15, Ilta-Sanomat conducted a survey on its website about people's willingness to take the AstraZeneca vaccine as a volunteer if such an opportunity arose.

Within a few hours, 22,500 people responded to the survey.

65.3 per cent of respondents would take AstraZeneca even immediately, 32.2 per cent would not and 2.5 per cent could not say.

So what are the differences between Pfizer and AstraZeneca?

Pfizer is one of the messenger rna vaccines in which RNA molecules synthetically produced in the laboratory and contained in the coronavirus spike protein guide (the genetic code of the spike protein is a small part of the entire viral genome) are introduced into the body.

The cells then begin to produce a peak protein that provides the desired production of antibodies and, on the other hand, the formation of a cell-mediated defense response.

AstraZeneca is an adenoviral vector vaccine in which a chimpanzee attenuated non-reproductive adenovirus carries the coronavirus peak protein gene into the body.

Chimpanzee adenovirus is used because it is new to the human body and thus can deliver the desired coronavirus gene to cells without any interference with previously formed adenovirus antibodies.

The coronavirus gene delivered to the cells, in a manner similar to mRNA vaccines, triggers the production of peak protein, triggering defense responses.

The basic principle of both AstraZeneca and Pfizer vaccines is the same, guiding human own cells to produce the desired part of the coronavirus.

2. Protective effect against the parent virus

The protective effect of Pfizer vaccine against symptomatic infection in clinical trials was 95% after two doses.

Hanna Nohynek, THL's chief physician, says that the body's protective effect improves, as if it were maturing, when the second dose of the vaccine is postponed for 8 to 12 weeks.

This is also recommended by WHO. Photo: Antti Aimo-Koivisto / Lehtikuva

- In the US study, the dose interval was four weeks.

It was interesting that the protective effect increased to about good even in such a short dose interval, Hanna Nohynek, THL's chief physician at the Department of Health and Welfare.

According to Nohyek, the World Health Organization has recommended a dose interval of 8 to 12 weeks.

The protective effect seems to mature over a longer dose interval, i.e. the actual effect is presumably even higher than the study in the USA showed.

Based on a registry-based efficacy study in Scotland, the first dose of AstraZeneca prevented 94% of serious infections requiring hospitalization.

Efficacy was better than Pfizer (85%).

In those over 70 years of age, the first dose prevented the need for hospitalization with both vaccines by about 80%.

Recent statistics from the National Institute for Health and Welfare's THL show that 781 people in Finland have contracted the coronavirus from more than 1.25 million.

There is no precise information on the effectiveness of vaccines against virus variants.

It is known that there is no significant reduction in the protective efficacy of either vaccine against the British variant.

A mutation in E484K has been observed in viral variants in South Africa (B1351) and Brazil (P1), which is able to somewhat evade the immunity generated by the vaccine.

The protective effect of AstraZeneca against the South African virus variant was only 10% in the initial study and 22% later.

According to Rämet and Nohynek, the research results are “distorted” by the fact that the average age of the research group was very young (31 years) and the infections studied were mainly very mild.

That is why it is difficult to draw definitive conclusions.

Protection against severe disease is good with all coronary vaccines.

In Israel, among others, the incidence of the South African variant among those vaccinated with Pfizer has been very low.

Those with a South African viral variant have produced eight times as many positive test results in vaccinated individuals.

- The effect against mild infections seems to be reduced, ie the vaccine's antibodies neutralize the infection less well.

However, vaccines are likely to provide good protection against the serious form of the virus caused by the virus, Rämet emphasizes.

This is because viral variants are hardly able to evade vaccine-induced cell-mediated immunity, which is key in preventing a serious form of the disease.

- Concerns about the variants have come to light in vain.

The most important message is that according to Finland's national strategy, vaccines are intended to prevent serious diseases and deaths in particular, and for them all vaccines work well for viral variants, Nohynek adds.

One significant factor is whether the vaccinee can still carry the virus with it and infect it further.

In the United States, a 13-week follow-up study was conducted in healthcare professionals in which those who received the mRNA vaccine were found to excrete the virus four times less 12 to 28 days after vaccination than those who did not.

The secretion time was also much shorter than in the non-vaccinated, i.e., in the light of the study, it would seem rare for a vaccinated person to pass on the virus and infect others.

However, the experimental groups have been small.

"However, it would seem that AstraZeneca also has a strong effect in reducing the spread of the virus," Nohynek said.

The marketing authorization for Pfizer vaccine applies to all age groups up to 16 years of age, and the protective efficacy of the vaccine is good in all age groups.

Mika Rämet, Director of the Vaccine Research Center, does not consider AstraZeneca's weak protective effect against the South African virus variant to be completely reliable, as the group studied was so young in average. Photo: Antti Aimo-Koivisto / Lehtikuva

Initially, AstraZeneca was only given to people under 70 in Finland (in many other European countries only to people under 55 or 60) because there were so few elderly people in clinical trials in Britain that there was no reliable evidence of the vaccine's effectiveness in people over 65.

The situation changed on its head when AstraZeneca was associated with a risk of cerebral venous thrombosis with low platelet counts.

Most of these had come to those under 55 years of age.

At the same time, extensive studies of AstraZeneca were completed in the United States, showing that the vaccine was effective and safe in the elderly.

As a result, Finland switched to AstraZeneca to vaccinate only people over 65 years of age.

Many other European countries made the same decision, in many countries the minimum age is 55 or 60 years, in Britain 30 years.

At a general level, the protective effect of a vaccine decreases with age and the number of diseases that reduce resistance, regardless of the vaccine manufacturer.

- The aging of the human immune system affects, Nohynek says.

Pfizer has also reported the results of studies in children aged 12 to 15 years.

Preliminary results show that it has provided excellent protection against the virus in this age group as well.

No side effects have been reported.

AstraZeneca has suspended studies in people under 18 years of age.

All coronary vaccines are associated with side effects.

The most common are mild fever and muscle aches 1-2 days after vaccination, as well as local symptoms such as injection site pain.

AstraZeneca has been shown to be associated with a slightly increased risk of blood clotting disorders and severe cerebral venous thrombosis.

However, it is a very rare side effect.

There is a much higher risk of intensive care due to Covid-19 infection than, for example, due to a serious side effect from vaccination. Photo: Thomas Kienzle / AFP / Journal

According to the European Medicines Agency (EMA), about one person per 100,000 people has had a venous thrombosis.

The natural incidence of sinus thrombosis is 3 to 4 cases / million people at one year of follow-up, ie 3.3 times the risk.

Based on well-administered doses of well over 200 million doses, Pfizer has not been shown to have a corresponding increased risk.

During or after a coronavirus disease, the risk of sinus thrombosis is 39 per million people (3.9 per 100,000), four times the risk of AstraZeneca.

- The risk cannot be completely reset by not vaccinating.

Covid is associated with a significantly higher risk of developing a cerebral venous thrombosis, Rämet says.

The vaccine can be stored at freezing (-15 to 25 degrees) for a couple of weeks, when thawed in a refrigerator for 5 days and at room temperature for only a couple of hours, ie everything from transport and storage of the vaccine must be carefully considered for weeks to come.

Likewise, the fact that at the time of vaccination there is the right amount of vaccine at the vaccination point and the people to be vaccinated, the vaccine is not wasted.

The cold chain must not be broken. Image: IVAN ALVARADO / Reuters

AstraZeneca is much easier to use.

The usual temperature of the refrigerator is sufficient to transport and store the vaccine, so it is much easier to use, for example, in sparsely populated areas.

AstraZeneca is also much cheaper.

- The price also matters if we talk about vaccinating billions of people worldwide.

The high cost of Pfizer and the demanding nature of the logistics chain preclude it from many countries.

In Finland, there has been no talk of costs in the acute phase of the epidemic, but the price issue may also be considered if coronavirus vaccination remains a permanent booster dose every year or every other year, Nohynek emphasizes.

Which vaccine is better then?

As Andrew Thomas, a doctor of medicine at Ohio State University, says on prevention.com, “The best vaccine is the one offered to the person being vaccinated on the day of vaccination.”

According to Thomas, vaccination is definitely worth taking, the vaccine manufacturer doesn’t matter.

All the vaccines available are very effective and provide good protection against coronavirus infection.

Protection is particularly good against a serious form of the disease.

The best vaccine is the one offered to the person being vaccinated on the day of vaccination, said Andrew Thomas, a doctor of medicine at Ohio State University.

The main thing is that the vaccine is taken when your turn comes. Photo: Teresa Nunes / ZUMA / MVPhotos, SERGIO PEREZ / Reuters

The benefits of vaccines far outweigh the disadvantages.

Vaccines are also safe - serious side effects are extremely rare.

However, the incidence of adverse reactions must be taken into account in the individual risk assessment.

In addition, every spike struck in the upper arm is also home to the final defeat of the epidemic.