Second trial holiday is trip to Gran Canaria in May

Stay informed of the most important corona news from home and abroad here. Second trial holiday goes to Gran Canaria at the beginning of May At the beginning of May, a second group of Dutch people will go abroad for a trial holiday. They are going to Gran Canaria and are given more freedom than the group that is now on the first test trip in Rhodes. The holidaymakers are allowed to leave their h 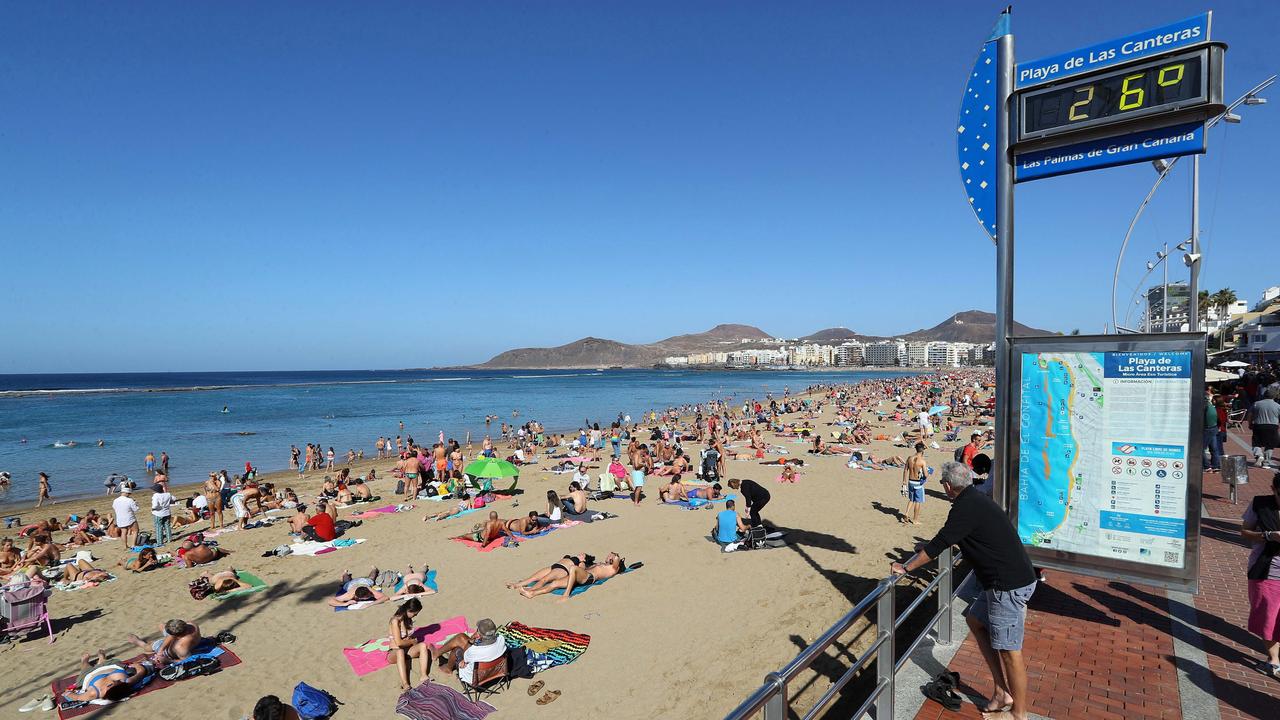 Second trial holiday goes to Gran Canaria at the

They are going to Gran Canaria and are given more freedom than the group that is now on the first test trip in Rhodes.

The holidaymakers are allowed to leave their hotel.

During the test trips, independent researchers hired by the government look at how Dutch holidaymakers behave when traveling.

The question is, for example, whether travelers adhere to the basic rules that apply there, such as washing hands, wearing mouth masks and keeping their distance.

The findings of the Rhodes investigation will be presented prior to the trip to Gran Canaria, so that any findings from the first test holiday "can be taken into account", according to the Ministry of Infrastructure and Water Management.

There was a lot of interest in the first trial trip: 25,000 people had registered for 189 places.

Holidaymakers must show a negative PCR test or equivalent, plus a negative rapid test, prior to travel.

Minister Hugo de Jonge (Public Health) writes in a letter to the House of Representatives that the government intends to carry out similar test journeys with other means of transport than the plane, such as the car, train or bus.

Five Utrecht cafes open their doors to the public today as a national experiment for the reopening of the catering industry.

Guests must be able to provide proof of attendance and a negative corona test.

In India, 184,372 positive corona tests were registered over the past 24 hours, a record.

This brings the total number of corona cases to 13.9 million.

It is "a dilemma" how high the health care bonus will be and who should receive it, writes outgoing minister Tamara van Ark (Medical Care) in a letter to the Lower House on Wednesday.

No second injection of AstraZeneca for under 60s in Germany

Germans under 60 years of age who have already received a first dose of AstraZeneca's corona vaccine will receive a different vaccine for their second injection.

The federal government and the federal health ministers of Germany decided this on Tuesday evening.

Germany decided on March 30 to restrict the use of the AstraZeneca vaccine to people over 60 due to a small risk of rare blood clots.

People under the age of 60 who already received a first dose before that date will now have a second shot with the Pfizer / BioNTech or Moderna vaccine.

what the benefits of postponing the second shot from Pfizer and Moderna.

Now there are still six and four weeks respectively between the first and second injection of these vaccines, but the Health Council advised that this may also be possible to twelve weeks.

Then people could get their first injection sooner.

The advisory body itself immediately tempered the expectations of this measure to be taken.

It may save one to five hospital admissions per day, but this first effect will only be noticeable from the end of May.

In the shorter term, it will therefore not ease the pressure on healthcare.

De Jonge thinks that canceling or postponing the planned second injections will not benefit the readiness to vaccinate.

It would now mainly apply to people over 70, because that group in particular is already eligible for a second shot.

Moreover, it would be too much work in terms of implementation, because 1.4 million appointments have to be moved.

"I don't want to change the agreements that have already been made," said De Jonge.

He also finds it "unattractive" for young people to postpone the second injection, as it does not allow them to be fully protected until late.

"So we have to weigh the small advantages of postponing the second shot against the disadvantages it has," writes De Jonge.

He wants to get back to it "as soon as possible".

Delivery of self-tests to schools to start next week

Primary and secondary schools will be delivered corona self-tests for their staff starting Monday.

The cabinet wants to make self-tests available to childcare workers from 3 May, Minister Hugo de Jonge (Public Health) wrote to the House of Representatives on Tuesday.

The so-called antigen test is now only used in test streets.

The result is a lot faster than with a PCR test, but it is also less sensitive.

As with the PCR test, mucus is taken from the nose and throat with a cotton swab.

The government wants education staff in primary, secondary and special education to be able to do a preventive self-test twice a week.

People who work at a childcare center located in the same building as the school are also eligible for a test.

De Jonge thinks that self-tests can be used to detect infections earlier in people who have no complaints.

The minister wants pedagogical employees who work outside the school walls in childcare to have access to self-tests from mid-May.

The cabinet is still investigating whether childminders can also receive the antigen tests.

The deliveries of self-tests for students and staff in higher education and MBO will start in early May, De Jonge expects.

According to the manufacturer, Moderna vaccine still offers protection after six months

The corona vaccine Moderna, which is also administered in the Netherlands, still offers strong protection against the disease six months after the second injection.

This is reported by the American producer, who speaks of an efficacy of more than 90 percent.

The pharmaceutical company has now started testing new versions of the vaccine that target a "worrisome" variant of the coronavirus, which was first identified in South Africa.

Moderna has now delivered approximately 132 million doses worldwide, of which 117 million to the United States.

and from 15 April more visitors are already welcome at the various test events they organize.

538 Orange Day on April 24 is the largest trial event to date: ten thousand people are allowed to watch performances by DI-RECT and Davina Michelle on the Chasséveld in Breda.

This means that the vaccination rate has almost doubled and someone gets a shot every 0.5 seconds.

Other countries are cautious with Janssen vaccine

In doing so, the country follows the example of the United States, where they have suspended administration due to thrombosis in combination with a small number of blood platelets in a few vaccinees.

There are no known cases in South Africa.

In the country, more than 290,000 healthcare workers have been vaccinated with Janssen's vaccine, which is part of Johnson & Johnson, in an ongoing study.

Belgium will decide on the further course of vaccinations on Wednesday.

Depending on information from Johnson & Johnson, it will be decided whether the vaccines will be administered from the end of this week, or whether the delivered doses will be "quarantined", according to a member of the Belgian vaccination task force.

Healthcare workers, non-mobile people with a medical high risk, people with Down's syndrome and people with morbid obesity will quickly receive a different vaccine than the planned AstraZeneca.

Most of these groups will receive Pfizer / BioNTech or Moderna.

Within the intramural mental health institutions, approximately 35,000 residents and employees are still waiting for a vaccination.

Approximately 35,000 extra employees with direct patient contact will also be vaccinated in hospitals, according to the RIVM.

Until now, it was always the intention that they would receive the Janssen vaccine, but healthcare minister Hugo de Jonge first wants to await the verdict of the EMA.

The European medicines agency will announce on Wednesday how the side effects of the Janssen vaccine should be weighed.

As of last week, the AstraZeneca vaccine against the coronavirus is only intended for people aged 60 and older.

For them, the risk of serious consequences from corona outweighs any serious side effects of the vaccine.

The government wants to return to normal in five steps, but the crisis remains uncertain

Rutte about easing: '21 April is really too early '

According to outgoing Prime Minister Mark Rutte, it is not yet possible to further relax the corona measures.

He said this tonight during the press conference in which he and Hugo de Jonge talked to the Netherlands about the corona virus.

Rutte about easing: 'April 21 is really too early'