Hans Kristian Gaarder, 60, had organized an event at his home in late March that has since spawned several coronary infections. 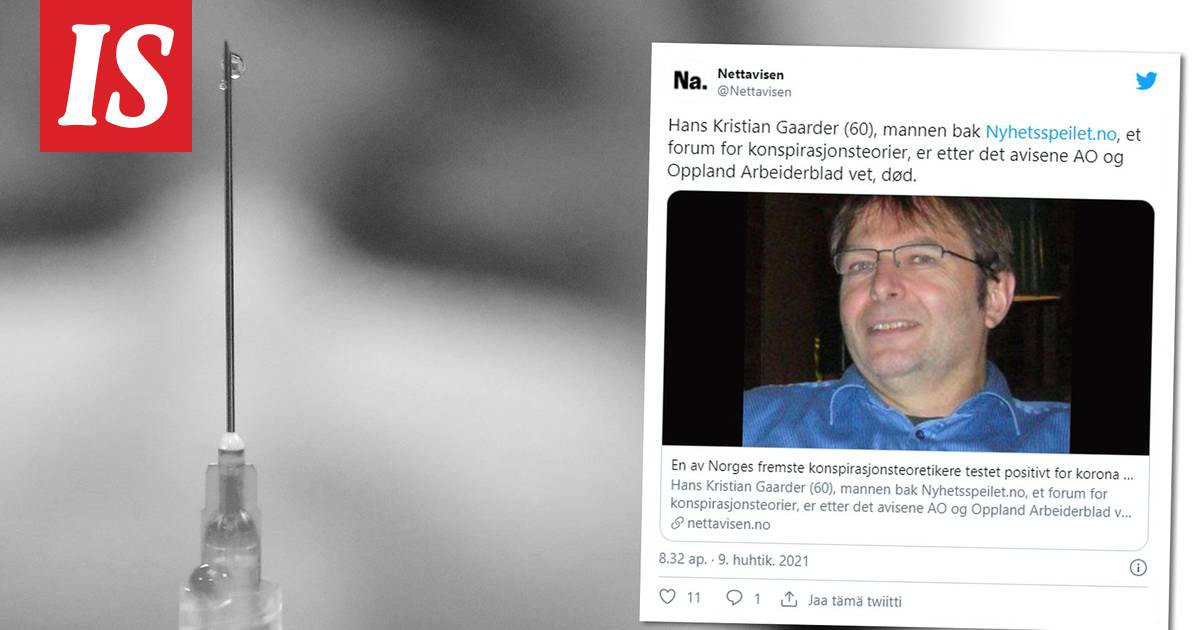 At autopsy, he was diagnosed with a coronavirus infection.

The Norwegian newspapers NRK and VG, among others, have reported on the matter.

According to the VG, Gaarder died on April 6 at his home.

His investigation into the cause of death will be confirmed within a couple of months.

He had organized an event at the end of March on a farm he owned, which has since spawned at least 12 coronary infections.

On Sunday, the municipality of Gran, where Gaarder lived, reported that a 70-year-old woman who attended Gaarder’s event has also died after receiving a corona infection.

According to the woman's loved ones, she was also skeptical about the coronary virus.

Are Løken, chief physician of the municipality of Gran, told NRK that the communicable disease authorities were struggling with the fact that the participants were not particularly willing to cooperate with the authorities.

Hans Kristian Gaarder has written in his social media accounts a lot of writings and other conspiracy theories questioning the seriousness of the corona.

Among other things, he has described the corona as “just the flu”.

Gaarder's supporters, according to NRK, do not believe the man died of coronary heart disease.

In Finland, Iltalehti was the first to report.