Today, the bucket rows in the Tokmanni chain's grabs have a tradition of decades. The opening days of the discount chain Tokmanni and the free buckets shared in them have attracted a number of Finns to the new store, which are accumulating in hundreds of queues. In April 2019, this was the case at Tesoma in Tampere, where the queue swelled to 150 meters on the opening day. The rush of customers is fed by a limited batch of 1,000 free buckets. In an interview published in Kaupp 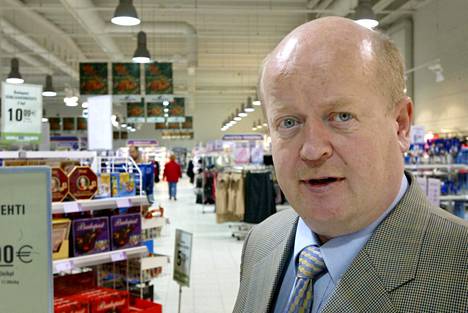 The opening days of the discount chain Tokmanni and the free buckets shared in them have attracted a number of Finns to the new store, which are accumulating in hundreds of queues.

In April 2019, this was the case at Tesoma in Tampere, where the queue swelled to 150 meters on the opening day.

The rush of customers is fed by a limited batch of 1,000 free buckets.

In an interview published in Kauppalehti on Saturday, Tokpo's Chairman of the Board Seppo Saastamoinen revealed that the marketing trick that proved to be super popular is not the company's own brain work.

- The buckets are from the Notex Free Choice chain, some things are worth taking in history.

There must be exciting products in the selection that others do not have.

Customers need to be listened to, Saastamoinen told the magazine.

Notex Yhtiöt Oy, which now specializes in the real estate business, sold the businesses of its Vapaa Valinta chain to Tokmanni in 2004. Prior to the sale, the company, founded in 1974, owned 34 stores in Pirkanmaa and its surrounding municipalities.

As a result of the transaction, all of the chain's business ideas were transferred to Tokmanni.

Matti Malminen, who succeeded his CEO as Notex, tells Taloussanomat that for the first time free buckets were distributed to customers at the opening of the Vapaa Valinta store in Pirkkala in 1989. The project was advantageous to organize because the purchased buckets

- Orthex could not sell them at full price.

Of course, they weren't any obsolete stuff, but there could be some minor flaws in them, and of course they went to customers, Malminen says.

Juha Malminen, the founder and long-term CEO of Notex, reveals Terho Torkkel, the company's late commercial director, as the intellectual father of the marketing gimmick.

- Torkkel's idea was to take samples from suppliers in buckets, and they were then filled with other suppliers' technochemical products, branded products and sample bottles, which they made anyway, Malminen says.

Entrepreneur Juha Malminen in 2004. In the same year, the Free Choice businesses were sold to Tokmanni. Photo: Pekka Saarinen

Facade of the Vapaa Valinta store in the Koskikeskus shopping center in Tampere in October 2009.Photo: Jukka Vuokola

According to Malminen, information about free buckets soon spread like wildfire along the province.

However, the commercial idea of ​​the campaign was not immediately embodied, as some customers rushed out the doors directly to the checkout with a mere bucket in mind.

We soon moved on to the fact that the customer should also make some small purchases.

After all, they bought something under the mark.

When he showed the receipt, he got a bucket when he left.

Although customers' purchases were largely modest, the buckets that appeared in households and street views in Pirkkala made the oven-fresh store familiar.

Prior to the opening, the staff affixed top-down stickers to the buckets announcing that the plaintiff had attended the new Free Choice.

- Yes, the reputation increased in that.

Some stores also tried it in Eastern Finland.

Later, the idea has been applied in various forms of trade, and I guess it is sometimes used by the church as well, Malminen recalls.

The bucket division has survived in the Tokmanni chain.

The bucket was not the first free distribution product in the Free Choice chain.

Previously, the concept was tested with coffee packages, which were distributed in the store in Häijärvi, Mouhijärvi, on the opening day.

According to Malminen, as the information spread, the crowd rushed to the scene in large numbers.

Later, the staff distributed coffee packages to customers in a store opened in Tampere.

- They were 400 gram packages, that is, not quite full, but hard word they were still.

One lady said she can’t take a coffee packet once there’s one in their household.

In Tampere, on the other hand, some went in the car to change their clothes and then came to pick up a new package.

The transfer of the bucket idea to Tokmanni will not disturb Malem, which has retired for retirement.

He points out that Torkkel's recent vision was never patented.

Today, Notex, which is still impressive in Pirkanmaa, rents and builds business premises for its customers and runs small-scale restaurant operations.

In the February financial statements bulletin, CEO Mika Rautiainen said that the number of customers had increased by 3.2 per cent and the average purchase by 10.1 per cent.