Prince Philip is remembered for his unforgettable rumbles: he crushed a child's dream, barked at a world star, joked at the expense of the deaf ...

During his varied life, Prince Philip was in the headlines because of his original utterances, among other things. 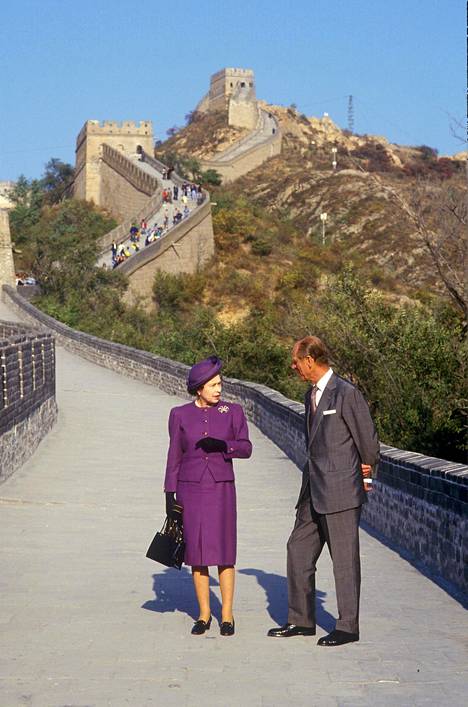 Prince Philip, 99, the Duke of Edinburgh, slept away on Friday, April 9th.

The world mourns and remembers the late prince.

Prince Philip is remembered for his peculiar sense of humor, among other things.

The prince hardly always beautified his words, and over the years he shuddered with his numerous utterances that have ended up in the headlines of British magazines.

Of particular astonishment was caused by his tubing of the character traits and appearances of different peoples.

One of Philip’s most famous comments took place in China in 1986. At the time, during a British state visit to China, Philip met British exchange students who had just begun their studies at a Chinese university.

The Duke of Edinburgh warned British students to turn a blind eye if they spend too long in China.

The comment was particularly tumultuous in Britain, where the prince was heard to say his words several times afterwards.

In China, by contrast, the comment did not cause greater rage.

This, according to AFP, was explained by the fact that at home the comment was presented without context.

Namely, there is a similar playful saying in China that young people should not spend too long in the West so that their eyes do not round and they do not lose their Chinese features.

Prince Philip's rumbles have been heard several times and a book has even been compiled about them.

Based on People and The Telegraph, IS listed Philip’s most memorable utterances a few years ago:

- English women do not know how to cook, Philip declared in 1966.

Prior to retirement, Philip held more than 20,000 representation positions.

Many of them have gone down in history because of what Philip says.

"I declare this matter open, whatever it is," the prince said during his visit to Canada in 1969.

Philip updated the Nigerian to represent the President of Nigeria.

- How do you keep locals away from liquor long enough for them to pass the test?

Philip asked a driving school teacher in Scotland in 1995.

- Do you still throw spears at each other?

he was curious about the natives during his visit to Australia in March 2002.

- No, we won't do it anymore, the confused national park manager replied.

- The children go to school because their parents can't afford them at home, Philip muttered to Nobel Prize-winning peace activist Malala Yousafzai in October 2013.

The prince also confirmed that the Kenyan woman was certainly a woman, and stated that the inhabitants of the Cayman Islands were probably descendants of pirates.

1998 Philip raised eyebrows by expressing his views on prostitution.

- A prostitute is no more moral than a wife, but they do the same thing.

Many of the people who met him have had their share of the prince’s humor.

- You look like a suicide bomber, the Duke snapped at a female police officer wearing a bulletproof vest in 2002.

“You’re too fat to be an astronaut,” Philip told the 13-year-old boy, who opened up to the royal about his dreams for the future.

In 2012, Queen Elizabeth and Prince Philip visited Kent, where they attended a gala dinner.

The prince noted the fashionable evening dress of the woman attending the dinner and got excited.

"If I opened that zipper, I'd be arrested," the prince noted.

In Cardiff in 1999, the prince met young hearing-impaired people and became enthusiastic about playing the playing skills of the local wind orchestra.

It is no wonder that when you stand here, the Prince would murmur to the young people standing next to the wind orchestra.

The statement to the resident of the old people's home sitting in a bicycle fire in 2002 was also not correct:

- Do people stumble upon you?

People magazine pointed out that the legendary Tom Jones was apparently part of the prince’s disgust, as Philip has commented on the singing skills of the Welsh tiger on several different occasions.

- What exactly are you gobbling up, with rocks?

The Prince also used Tom Jones as an example in answering the question of how difficult it is to get rich in Britain.

- What about Tom Jones?

He’s a millionaire and a scary singer, Philip stated.