Fresh Monthly Forecast: Spring may slip away in an instant - “May be very summer temperatures”

According to a recent monthly forecast, spring may be short this year. In early April, the weather side is, however, mixed. 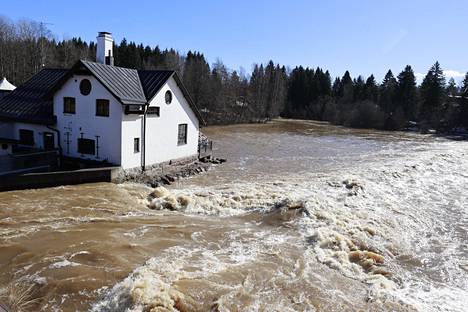 By the end of May, the temperature is already considerably warmer than usual in some places.

- If the Monthly Forecast is correct, especially in the May side, the average temperature may rise to the thermal summer side, and at least the summer temperatures will come at times, estimates Foreca's meteorologist Anna Latvala.

However, according to Latvala, the temperatures in the first half of April are still quite close to normal.

The warm deviation intensifies in late April and early May.

The spring weather was enjoyed in Vantaa on April Day.

The starting time is usually in late Finland in late May, in central Finland at the turn of May-June and in northern Finland around midsummer.

According to the meteorologist of the Finnish Meteorological Institute, Heikki Sinisalo, it is too early to talk about the beginning of the summer.

- Yes, it has quite a lot of warm signal in April, but it may be early to go that far yet.

If the forecast comes true as such, spring will move forward at a rapid pace.

Maybe that summer arrival can be seen a little later, though.

Latvala also reminds that the forecast may still change.

- However, the weather in Finland is remarkably variable, especially in the spring, when there is still very cold air in the north and Central and Southern Europe is starting to warm up.

It can be really small whether warm or cold air comes to Finland.

However, the monthly forecast has a warm period lasting several weeks.

If this happens, the turn of the month and the beginning of May would be warm.

It is not yet possible to enjoy the warm weather, as the weather will be variable in the coming weeks.

- There will be snow, sleet and water next week.

Temperatures vary, and during the day you can stay around five degrees even in the south and sometimes go a little over ten degrees.

Summer is not yet coming at the beginning of April, Latvala says.

Tomorrow is a lot of rain in much of the country.

There will be some rain in the north.

On Monday, rain will spread all over the country, and snow may occasionally come in the south as well.

The wind is gusty, between the sun shining and is closer to 10 degrees warm.

We are between the warm region of the east and the cold region of the west, in the sense that it is quite natural that the weather varies.