When do you use it? Answers to your questions about the corona self test

Since Wednesday, corona rapid tests have been for sale in several pharmacies. We therefore asked you via our response platform NUjij for your questions about this self-test. These are the answers to your most important questions. 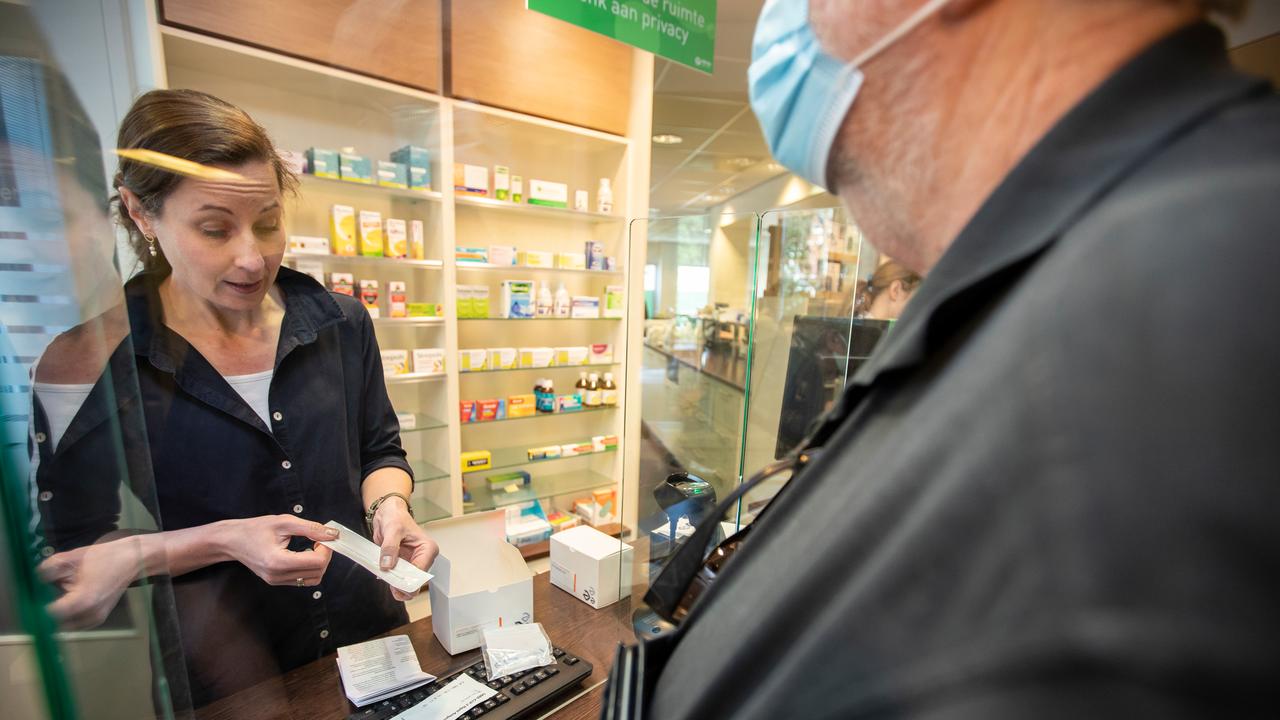 Since Wednesday, corona rapid tests have been for sale in several pharmacies.

We therefore asked you via our response platform NUjij for your questions about this self-test.

These are the answers to your most important questions.

How do the self-tests work?

As the name implies, you take a self-test yourself at home.

If you buy such a test at the pharmacy, there is an instruction that tells you how to do the test.

Three rapid tests are currently approved for home use.

All these three tests are nasal tests: you take mucus from the nose with a cotton swab.

You put this cotton swab in a tube with liquid and then drop this liquid back onto a test strip, where the result will appear within fifteen minutes.

Test strip with which you can see the result of a self-test.

Test strip with which you can see the result of a self-test.

The self-tests are so-called antigen tests.

They can detect a piece of the corona virus, namely the antigens, in nasal mucus.

Antigens are also the pieces of the coronavirus to which your immune system reacts and to which antibodies are made, for example.

Antigen tests have already been used in a number of commercial test streets and at some test locations of the GGD.

Since Wednesday, antigen tests approved for this can also be sold for home use.

How reliable are these tests?

Antigen tests, including self-tests, are less reliable than the test usually used by the GGD, the so-called PCR test.

Especially if you have relatively few virus particles in your nose, according to the RIVM there is a chance that you will wrongly get a negative result.

This is a risk, for example, if you have just been infected with the corona virus, then there are often few virus particles.

An analysis of nearly fifty studies looked at how reliable the antigen tests are.

who were infected with the corona virus according to a PCR test, about 60 percent also tested positive with an antigen test.

This figure is uncertain.

The actual percentage can be higher (maximum 74 percent) or lower (minimum 40 percent).

This has not been considered in this analysis.

See also: We saw a lot of these three corona misunderstandings in the past year

What situations are they suitable for?

According to the Ministry of Health, Welfare and Sport, the self-tests are not suitable if you have complaints that are consistent with the corona virus, or if you have no complaints but have recently been in contact with someone who has been infected.

In these cases you have to go to the GGD test street.

Even if you travel to the Netherlands from a high-risk area, you cannot use a self-test to demonstrate that you are not infected.

When can you use a quick test?

According to the Ministry of Health, you can use the test if you have no complaints and want extra certainty when you have to go to work, for example.

Self-tests will also be used for pupils and students without complaints.

After a negative self-test, you still need to adhere to all corona measures.

This is also the case when you have been tested negative at the GGD.

So it is not the intention that you will hug your grandmother after a negative test.

There are currently no plans to issue negative test certificates based on self-tests, with which you can go to an event or football match, for example.

Special test locations will have to be set up for this type of test certificate in the future.

Do the self-tests make it into the contamination figures?

However, an information sheet must be added to every self-test sold stating that people must go into isolation after a positive self-test and must be tested by the GGD for confirmation.

If the result at the GGD is negative, you do not have to remain in isolation.

What will it cost?

The price of a self-test can differ per store.

that the self-test will cost 8.95 euros.

Can an employer force you to take a self-test?

According to the Ministry of Health, an employer cannot force employees to take a self-test.

"There should be no coercion or sanctions in any way."

An employer may offer the self-tests to staff free of charge.