Comment: Mick Schumacher, 22, has no seams for points - an incredible goal tells all about his character

Mick Schumacher has gone through such a mangle that it seems pointless to speculate with him whether the nerves can withstand the pressures brought by the name, writes Tommi Koivunen. 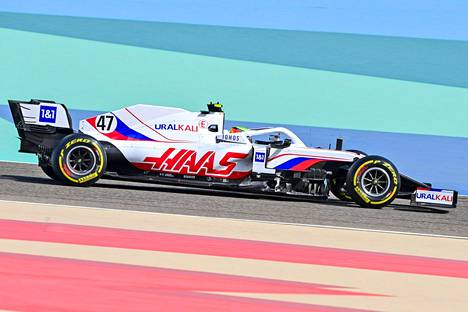 Schumacher’s name returns to formula number one after a nine-year hiatus.

Mick Schumacher, 22, drives the first race of his career in Sunday at the same age as his father Michael 30 years ago.

Michael Schumacher had time to drive one race in Jordan in the late summer of 1991. He immediately stopped in the opening round, but already the seventh starting box convinced Benetton, who robbed his young German in his stable.

At the time, Michael Schumacher was a young debutant.

The last name can bring with it too high expectations, even though Schumacher is the reigning F2 champion.

However, he has been a slowly maturing driver who has taken time in every little formula class before results.

Schumacher has built his success above all on work - and of course with the fact that, as a Ferrari academy driver, he has enjoyed driving to the top stable at Prema.

Now Schumacher is not in the top car: Haas is the slowest car in the F1 series and has no seam to fight for points.

However, Schumacher has many things on his side.

He has a teammate in front of him, Nikita Mazepin, who should be easier to cover than any other F1 driver.

In the 1st time of the season, Schumacher knocked out Mazepin, who crowned his weak performance with spins.

The first F1 season is to be spent learning and there is no compulsion to succeed this year.

The time for the results is later.

Whipping the biggest winning streak in Mercedes F1 history, Toto Wolff has said he believes the determination of almost every winner, be it in the business world or sports, to explain some serious trauma.

Mick Schumacher has gone through such an alley that it seems pointless to speculate for him whether the nerves will withstand the pressures of the name, even though he is now rising to the crown jewel of motorsport in the F1 series.

Everyone remembers what happened to Schumacher’s father, then 14, on a joint skiing holiday in December 2013. He has since endured a gruesome publicity mill, won championships and earned his place in the F1 series not only by name but also by his accomplishments.

It has become clear from the speeches that Schumacher has put everything in the league and will not leave the stones unturned.

It has a fairly moderate goal.