Women's investment portfolios are, on average, more productive than men - the investment world is constantly leveling off 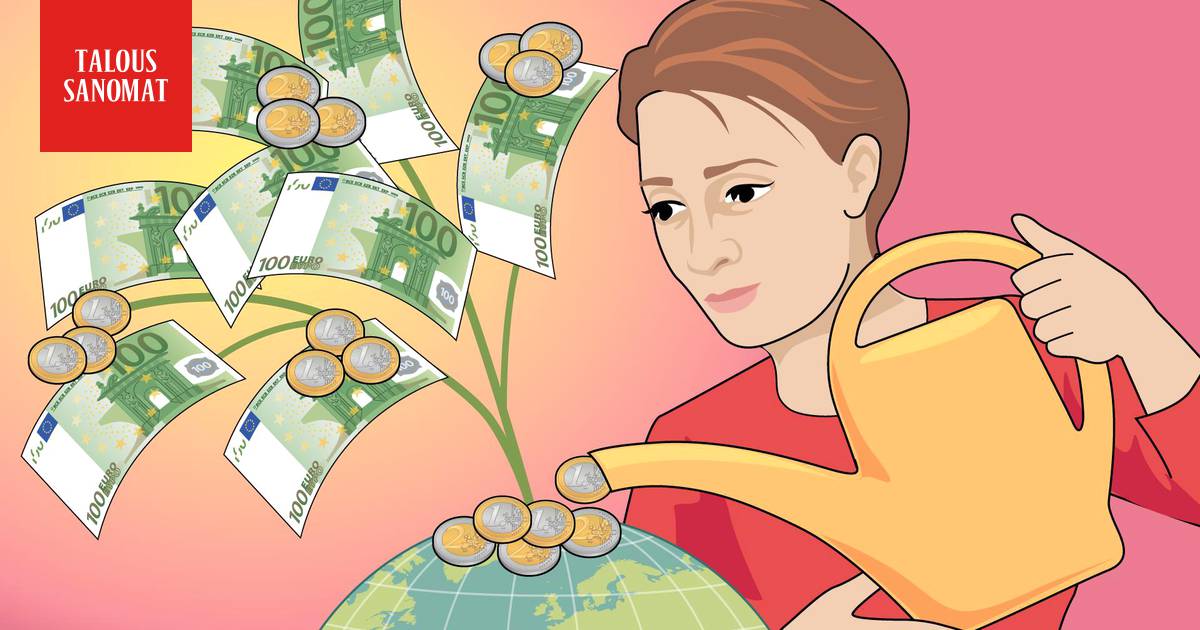 Women have found large numbers in the investment market over the past decade.

According to OP's statistics, the rumble in the market has also been staggering in terms of earnings: OP's female customer's equity portfolio has generated an average of 3 percentage points more than the male customer's portfolio over the past 3 years.

- On average, women are more cautious investors than men, and that is not a bad thing.

“Buy and hold” is a common investment style among women.

Because men don’t shy away from risk, men are also more likely to have heavy failures that weigh down on the portfolio.

In addition, men are more active in trading their shares.

Trading results in costs, which in turn reduces long-term returns.

According to Routamaa, women are also, on average, more responsible investors.

- Subscriptions to responsible funds for women have almost doubled over the past year and early this year.

Women often invest in things they consider important, such as climate funds.

In addition to their ethics, responsible investments are also a lucrative target.

According to Routamaa, studies have shown that responsible investing is no less productive than “normal investing”.

Rather, investing in responsible stocks reduces risk, as the company is less likely to find itself in the midst of a stir, for example.

Women's direct equity investment has also risen like a rocket.

At present, about a third of OP's stockbroking customers are women.

Women talk more about money than before.

When you see that others are investing, your passion for investing also grows.

A positive spiral is created.

Routamaa says that the highest number of female customers in relation to men is currently in the over-55 age group and the lowest in the 30-40 age group.

In young people, the growth of women's investment has also been strong.

- Women talk more about money than before.

When you see that others are investing, your passion for investing also grows.

A positive spiral is created.

Indeed, Routamaa believes that within ten years there will be a default that women will also invest, and at the latest then it will be pointless to talk about “female investors” with a gendered prefix.

The most popular shares are largely the same for women and men: the well-known popular shares Neste, Elisa, Fortum, UPM-Kymmene and Kone can be found at the top.

There are differences in foreign equities, on the other hand.

According to OP, the most popular shares for women are Tesla and electric truck manufacturer Nikola.

The latter did not rank near the top of the men's list.

The list of women’s most bought foreign stocks last year also includes two drug giants, Astra Zeneca and Novo, which did not fit into men’s favorites.

At the top of the women's lists, on the other hand, there are no video game and e-sports related companies found on the men's lists.

- Nikola ends up on women's lists probably because it is a familiar name for responsible funds.

As a familiar name, dare to invest in it.

So far, men’s stock portfolios are even larger than women.

The accumulation of wealth takes time, so this cannot be considered a miracle.

However, Routamaa believes that the sizes of the portfolios will level off in the near future.

For young people, the investment portfolios are already closer to each other.

Routamaa emphasizes that before, money matters were often the responsibility of a man.

Nowadays, the emphasis is on independence, and even in a relationship, a large part takes care of their own financial affairs.

- Of course, in a relationship, decision-making power in monetary matters may be transferred to the party who is more interested or more skilled in the matter.

However, the decision must be self-evident and not dictated from the outside.

According to Routamaa, the growth in women's investment will also make society more equal.