Johannes Hösflot Kläbo, who was rejected during the royal trip, commented on the final contact with the Norwegian TV company. 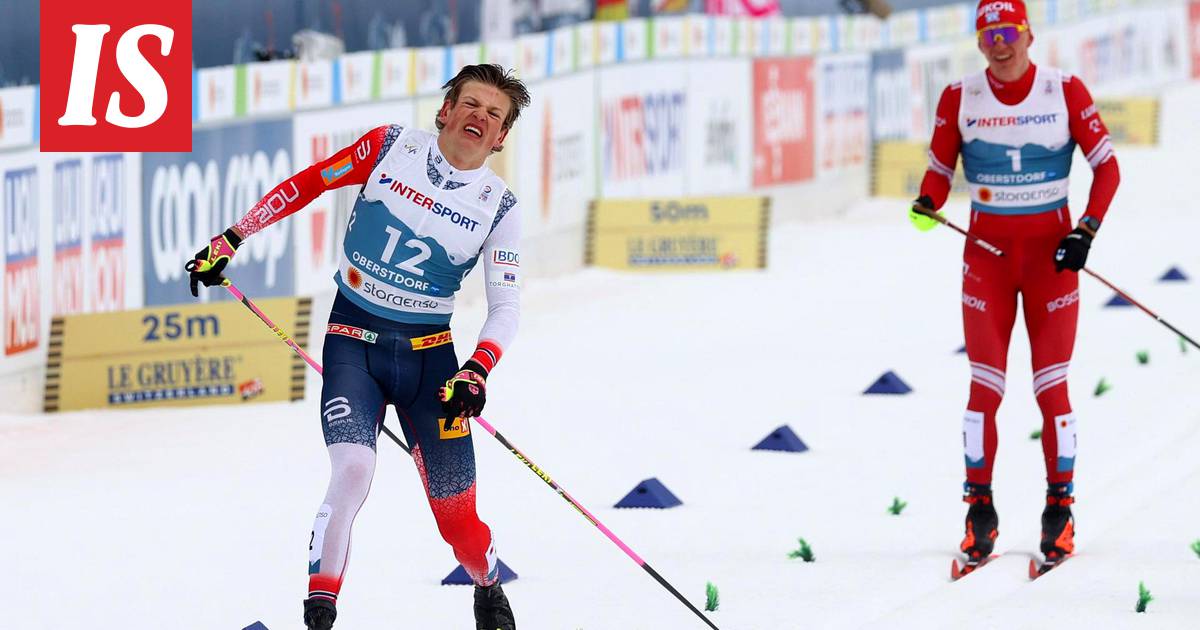 Johannes Höstflot Kläbo, who was the first to sideline in the men's 50-kilometer race, gave the Norwegian broadcaster an assessment of the final battle with the Russian Aleksandr Bolshunov.

After the race, Kläbo lost the championship when he was disqualified due to a battle with Bolshunov.

"I came alongside him and he tried to flatten me out," Kläbo told NRK, according to Dagbladet.no.

Kläbo thought both skiers had enough space on the finish line.

- He had plenty of space on his left.

Such an end is incredibly boring, Kläbo said.

At the time of the interview, Kläbo still believed he had won the competition, but a little later the race jury decided to reject his performance.

In the VG magazine's studio, former biathlete Thomas Alsgaard, among others, commented on skiing.

His sympathies were with the skier on his own country.