Ilkka Herola and Eero Hirvonen are fighting for medals, the skiers have a heavy job ahead of them - this is how they will compete in the World Championships on Saturday

Therese Johaug talks to her opponents in the final women’s ski race at the Oberstdorf Games. There will be a heavy and fast-paced 30-kilometer race. 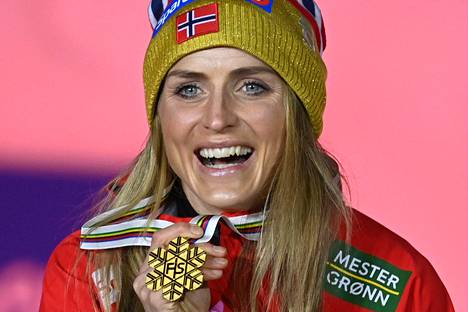 At the Oberstdorf World Championships on Saturday, the last competitions of combined and hill jumping as well as the last skiing of women will take place.

The race day starts with the hill jump of the combined doubles at 11 am Finnish time.

Finland is represented in the competition by Eero Hirvonen and Ilkka Herola.

The cross-country skiing starts at 4 p.m.

The doubles competition is held on a more difficult hill for Finns, and the condition of the skiing career could only be guessed on the eve of the competition.

- Compared to previous competitions, there will be a different type of circumstance, which will give the competition an additional spice, head coach Petter Kukkonen predicted.

The cross-country track on the ski section is a combination of women's and men's sprint tracks.

- It is quite heavy, and we could have an advantage if the weather was also heavy, Herola, who had won the World Championship silver in the combined hill of Normal Hill, had planned in advance.

Hirvonen, who has just recovered from a wrist injury, is still looking for his best cross-country skiing.

- Skiing was already better in the Suurmäki competition than in the team competition.

Hopefully it will open further and the pace will improve, Hirvonen said before the double message.

In the preliminary setup, the Finns have to go skiing as pursuers.

The best traction help would be provided by Germany’s Eric Frenzel and Fabian Riessle if they are leaving at the same time.

The last women's cross-country sport in the Games is a 30-kilometer joint start with the traditional skiing method.

Experts agree on the nature of the competition.

Skiing will be fast-paced and will be ensured by Therese Johaug of Norway.

- We have to strive for a good team and at the same time divide our forces so that we can handle it in the end, Ville Oksanen, the head coach of the women's national team, planned.

- In any case, the situation becomes quite heavy.

Pärmäkoski, who solved the message bronze for Finland, thought that his fitness base would last the first thirties of the season.

Crucial is recovery from the stresses of cross-country skiing.

- There is a tough race ahead on a hard track, and the circumstance can be anything.

The trails can be hard or soft, Pärmäkoski considered the race in advance.

- I think I can fight for decency.

The mood of the day then decides.

Matintalo predicted a fast-paced competition, where solutions must be made carefully, if necessary also at risk.

- Speed ​​distribution is probably an important thing, but you can't stay on the tail.

We have to look at the gangs and live according to the situation, Matintalo thought.