Widow reveals: The cause of Alexi Laiho's death has been determined

Alexi Laiho’s first wife, Kimberly Goss, said on her Instagram account that she received Laiho’s autopsy report, which reveals the cause of the guitarist’s death. 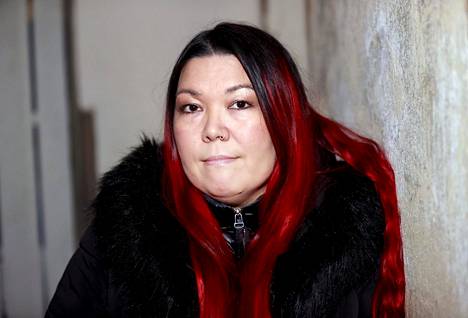 Alexi Laiho’s first wife and legal widow, Kimberly Goss, says on Instagram she received the autopsy report of a guitarist who died in December on Thursday.

According to Goss, the cause of death in Laiho, 41, was alcohol-induced fatty liver degeneration and pancreatic connective tissue.

- In addition, painkillers, opioids and sleeping pills were found in his body, Goss says.

According to Goss, Laiho's death could have been prevented.

In his update, he appeals to all drug addicts to seek help for themselves.

- You don't have to experience this same fate.

If people try to help, remember that they are doing it out of love and care.

Don’t push them away, Goss writes.

Goss says that there are plans to establish a foundation or charity in Finland to help those struggling with drug addiction.

If his story can save even one human life, then something terrible can follow from this terrible loss, Goss says.

Alexi Laiho, who became known as the singer-guitarist and bowman of Children of Bodom, died on December 29 in Helsinki.

He was 41 years old at the time of his death.

Laiho lived his last years with Australian Kelli Wright-Laiho and this daughter.

The couple held a wedding in December 2017, but they did not officially get married.

The reason for this was that Laiho was still married to his first wife Kimberly Goss.

Wright-Laiho said after the matter came to light that he was aware that Laiho was still married.

According to him, Laiho was supposed to treat the difference, but for one reason or another he never did it.