A trillion battle begins in the U.S. Senate - Biden's terrible coronary resuscitation is hammered through a rare emergency

The $ 1.9 trillion stimulus package would be the first major win for the president. It can also be left alone. 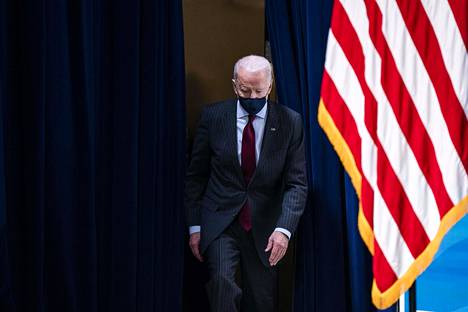 The U.S. Congress is preparing to pass a huge corona stimulus package that could bring a large portion of Americans up to $ 1,400 in cash.

In addition, hundreds of billions of dollars are being blamed separately on schools, businesses, local governments as well as coroner vaccinations and health care.

This is President Joe Biden’s trademark project and the most significant decision of his presidential career so far.

The financial package of about $ 1.9 trillion (about $ 1,600 billion), dubbed the “American Rescue Plan,” is hoped to lift the country’s economy off its feet from the pandemic, and in that sense it would also be significant for the global economy as a whole.

The stimulus package is the most important project at the beginning of Biden's presidency, as it would not only revive the economy but also provide other money for the treatment of the coronary pandemic and vaccinations. Photo: Jim Loscalzo / Zumapress

The first version of the package was approved by the House of Representatives last week, and the Senate began a debate on it on Wednesday.

The changes made by the Senate will then have to be approved again in the House of Representatives and this is scheduled to take place early next week.

With this schedule, Biden should hold a signing ceremony just before the current unemployment benefits expire at the end of next week.

The stimulus package is already expected to be impatient among financial experts.

However, much remains to be done - and failure cannot be ruled out.

Republicans oppose a package they think is too big.

Doubt has also received some support from experts who fear the economy will overheat and become more indebted.

Republicans plan to delay consideration in the Senate by forcing officials to read the hundreds-page petition aloud.

After that, they plan to vote on as many details as possible.

Republican Senator Ron Johnson has threatened to force him to read the entire bill aloud in the Senate and plans to vote on numerous details.Photo: Reuters

The size of the citizens' gift check at the heart of the package has been the most controversial.

Biden himself would like to set aside an even $ 2,000 hand for Americans.

It is entirely possible that the corona revival will remain the only major package of laws during Biden’s presidency if Republicans succeed in re-seizing either chamber of Congress in the November by-elections.

Even now, the passage of the stimulus package rests on a hair's breadth as Democrats rule the Senate over 50-50 power relations with only Vice President Kamala Harris' decisive balance vote.

Biden and Democrats will have to resort to an emergency procedure to get through the stimulus package, as a normally significant package of laws would require the support of 60 senators under Senate filibuster rules.

The package is going to go through the mallets by a simple majority of the budget using the so-called “conciliation procedure”.

The loophole can only be used for certain funding projects and only once in the budget period.

The procedure has rarely been applied at all.

For example, President Donald Trump took advantage of it to carry out his own most significant reform when Republicans in late 2017 passed a giant tax alley for rich and upper-middle-class Americans.

The majority of Democrats in Congress have not guaranteed a smooth path to the stimulus package, as there has been enough strife and twist in recent weeks.

As a result, the reform in the Senate is omitting the reform linked to it by the left wing of the Democrats, which would have doubled the minimum wage from just over seven dollars to $ 15.

Senate Democrat leader Chuck Schumer gestured as he spoke about the stimulus package at a news conference on Monday. Photo: LEAH MILLIS / Reuters

It was a disappointment for the left wing of the party.

Until the last minute, speculation has also been balled that some of them would vote for the package because of the minimum wage dispute.

Democrats ’internal controversies have underscored the fact that Biden may continue to find it difficult to get through his big projects.

In the resuscitation package, he has been lined up to the last minute.

In his video call to MPs in the House of Representatives on Wednesday, Biden emphasized how the pandemic has hit citizens and how the stimulus package needs to be completed now or never.

He compared the situation to lifting the United States out of the financial crisis in 2009.

- That's when we saved the United States from recession.

- We still have a lot to do, and it all starts here.

We need to get this done, Biden said.

According to opinion polls, the stimulus package enjoys great popularity among the people.