Vaccine war escalates: EU plans export ban on vaccines - deliveries to Britain could be blocked in just a few days

The Scottish Prime Minister defies British Prime Minister Boris Johnson by publishing information on vaccine deliveries. The act will benefit the EU, which has been embroiled in a vaccine war with the pharmaceutical company AstraZeneca. 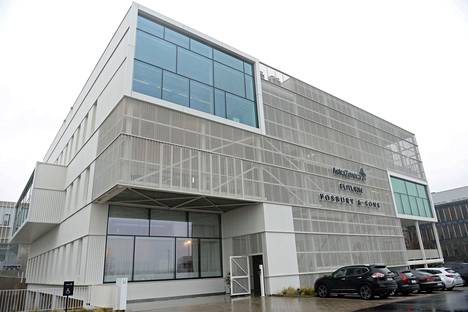 The European Commission has announced that it will set up a new authorization mechanism that will allow EU regulators to ban the export of vaccines.

According to the Guardian, this means that deliveries of millions of doses of vaccine to Britain can be blocked in just a few days as the EU seeks to address the shortage of vaccines facing its member states.

Britain has ordered 40 million doses of the coronary vaccine from Pfizer and BioNTech, deliveries to the country may now be at stake.

The vaccine has so far been delivered to the UK from the company's plant in Belgium.

- There is a possibility that in certain circumstances the export will not be allowed to take place, the Guardian official source admits.

EU countries were shaken last week by the announcement by the pharmaceutical company AstraZeneca that it will cut vaccine deliveries to the EU by as much as 60% in the first quarter.

At the same time, however, the company has assured the British government that it will be able to produce two million doses of vaccine a week to meet the contract for a total of 100 million agreed doses.

AstraZeneca has refused to replace the EU deficit with the production of vaccine factories in the UK, and this has prompted the EU to look for other ways to secure access to vaccines.

The dispute between the Union and the company has been going on for days.

There has been disagreement over, among other things, the content of the agreement between the parties.

The Commission has obtained information from AstraZeneca as to whether vaccines produced in the EU have been delivered to the UK in recent weeks.

On Thursday, however, Sturgeon made a move that has been interpreted in the British media as an affirmation for the EU in a “vaccine war” between it and AstraZeneca.

He said information on vaccine deliveries to Scotland would still be republished on the administration’s website.

The decision to re-publish the information was made, according to Sturgeon, after the British government had provided the media with figures on deliveries.

“I’m not going to go into details about how we publish information on expected deliveries and the British government is demanding that we take them off the public server, even though at the same time they are briefing these figures in good spirits,” Sturgeon said according to the Telegraph.

According to Sturgeon, the data will be released next week in the name of transparency.

AstraZeneca vaccines were injected into people at a naval base in Bath on Wednesday. Photo: Adrian Dennis / AFP / Magazine

Prior to the announcement of the release, the Scottish Secretary of Health had had to apologize to Hancock for the release of confidential information.

The British government is said to have been furious, as the figures are feared to lead to vaccines being exported from Britain to other countries.

Sources told the Guardian that they hoped that there would be no need for export bans on the part of the EU.

According to them, the EU decided to protect itself from protectionism in the world, after the British government decided to ban the export of certain drugs for the treatment of the coronavirus.

According to the magazine, the criteria related to the export ban are scheduled to be published on Friday, and the procedure may also be introduced in the coming days.

The first batches of Pfizer and BioNTech vaccines left for Britain from a plant in Puurs, Belgium, in early December. Photo: YVES HERMAN / REUTERS

On Thursday, the European Commission asked the Belgian authorities to investigate AstraZeneca's vaccine plant in Belgium, which, according to the company, has experienced production difficulties.

The Belgian Federal Medicines Agency (FAGG) confirmed that it had received a request from the EU Coordinating Body for Vaccine Orders.

According to FAGG, inspections have not yet been carried out, but it is known that they will also be carried out at other production facilities with the help of authorities in other EU countries.

However, the agency said it had already carried out a routine inspection of the plant itself on Wednesday.

The European Medicines Agency's EMA is expected to grant a marketing authorization for AstraZeneca on Friday.

However, the German vaccine commission STIKO said on Thursday that it does not intend to recommend the vaccine to people over 65 because there is not enough data on the effectiveness of the vaccine in the elderly.

The claim was supported by British Prime Minister Johnson based on the results of vaccinations in the country so far.

Britain said on Thursday it remained confident that its access to vaccines would not suffer from the dispute between the EU and AstraZeneca.

"We are in constant contact with vaccine manufacturers and we continue to trust that vaccine deliveries to Britain will not be disrupted," a British government spokesman told Reuters.

According to Britain, the EU has set up its own supply chains and it is not up to it to comment on the agreements between the EU and AstraZeneca.