Aleksandr Bolshunov explained his stupid trick - a complete collision from the Finnish ski boss: “Everyone can see it”

The president of the Finnish Ski Association knocks out Aleksandr Bolshunov's explanation of ties. Finland will send a formal request for clarification of the situation to Fis' disciplinary body on Wednesday. 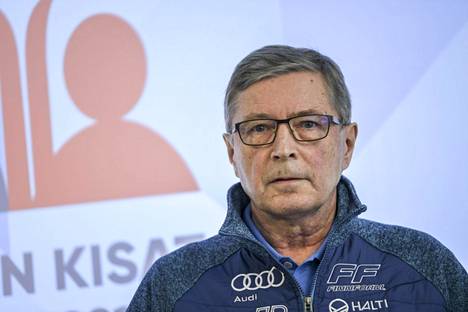 The investigation of the stunt tricks of the Russian ski star Alexander Bolshunov over the weekend continues.

Bolshunov shook the world of skiing after first wading with a stick and then tackling Joni Mäki of Finland in the finish area, who defeated 24-year-old Salpausselä's message in the final.

Markku Haapasalmi, President of the Finnish Ski Association, tells Ilta-Sanomat that on Wednesday the association will send an official request for clarification on the situation to the disciplinary body of the International Ski Association Fis.

According to Haapasalmi, the discussion between the unions has been plentiful since the beginning of the week.

- Yes, there has been a debate here.

I can not exactly say how quickly decisions must Disciplinary F-sharp, but I understand that pretty quickly they act, Haapasalmi points.

- It was a serious trick, and such behavior is not part of the sport.

It is not the job of the Ski Association to make demands for sanctions.

It is then up to this disciplinary body to make its assessment with all the material available.

Bolshunov, who defied defiantly before the Council of Judges on Sunday, has later apologized for his actions - and has had time to worry about possible additional penalties.

In an interview with Norwegian TV2, the Russian cannon even feared losing the opportunity to compete in the Oberstdorf World Championships starting at the end of February.

In Haapasalmi's view, the Russian has reason to be worried.

- We consider this to be a very serious and unprecedented case.

It would be surprising if it did not result in anything other than that rejection, but it remains to be seen, Haapasalmi estimates.

The outstretched hands have not gone unnoticed in the Finnish camp.

- As such, we really appreciate the fact that they have also stated that this is not part of the sport.

Instead, Bolshunov's recent explanation of the weekend's events is unequivocally knocked out by Haapasalmi.

The Russian claimed, among other things, Norwegian TV2 that he collided unintentionally with Mäki when the tie on his ski broke.

- Yes, everyone can see it from the material that feels pretty sought after, Haapasalmi nails.