Nokia's career was initially a burden when looking for a job, says Markus Leino, who became unemployed in 2013. The same is said by Heikki, who ended up as an entrepreneur. 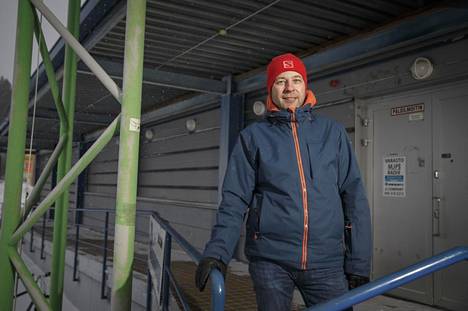 Markus Leino, 46, a software engineer from Tampere, had a 15-year career at Nokia when he was first transferred to Accenture for a short time and finally dismissed.

Leino worked on the development of Nokia's own Symbian operating system in various roles throughout his Nokia wash.

When Nokia gave up Symbian and switched to Windows Mobile, Symbian-related functionality was briskly downgraded.

In that rush, Leinok also had to leave.

- I started the source encoding.

I haven’t made software for the phone, but I was in support functions, maintaining the environment that developers need.

For the last three years I have been a supervisor, Leino talks about his Nokia career.

When Leino became unemployed in 2013, he was confident that jobs would be found.

However, it proved difficult, as those who left Nokia were suddenly out of work in the darkest of clouds.

- At that time, a lot of people were laid off in Tampere, especially.

In those days, hundreds of people applied for one IT job.

Jobs always came to be applied for through recruitment companies, not the company itself.

- A few times I asked the recruitment consultants what rotten.

The answer was, ‘You are burdened with that Nokia career, you have such terrible salaries and you are lazy, so we can’t hire you’.

Leino marveled at the generalization.

Recruitment consultants said principals demanded that ex-Nokia employees be told exactly what they have done.

- Yes, they could see in their faces that half were not believed.

Yes, their faces showed that no half was believed.

According to Leino, Nokia's salaries were by no means particularly high, especially for the "basic dunners".

- But they were probably better in the ICT field than the engineering average.

What about those allegations of laziness?

Especially in crazy years, Nokia hired everyone who came in through the doors.

Leino praises Nokia's organization and processes for being good and functional.

- But people who just wanted power were also selected for the management, and they had no idea how to act as supervisors.

Basically, recruiters, according to Leino, were worried about money: ex-Nokians were believed to want a hard salary and other benefits.

There is a truth to that, too, he says.

- I know colleagues who are very knowledgeable and, for example, refuse to compromise on their salary demands.

Leino had already started looking for a job before his final dismissal, and he had 1.5 years to apply for a job without success.

The end of earnings-related unemployment benefits began to knock in the back of my head.

- Fortunately, I had got my own things in such a condition that even if I had dropped on the basic daily allowance, I would have succeeded.

I had the good thing that my wife was at work.

But we still had two school-age children.

Some former colleagues went abroad, for example to Estonia or Germany.

However, Leino did not want to because of his family.

- At the beginning of 2014, I decided that maybe this IT industry should stay now, and I started looking for jobs more broadly.

At a young age, Leino had worked in a metal workshop, without any training in the field, and one local machine shop applied for a designer and announced that he was training for the job of a selected worker.

Leino got a place and enjoyed his work for five years.

In 2019, he applied and got back into the IT industry to do much the same job he did in his Nokia years.

- It was exciting to notice that Nokia was no longer a curse word, even though it raised the corners a bit.

I was asked quite carefully what I had done there.

It was exciting to notice that Nokia was no longer a curse word.

Leino believes that his job search was hampered by experience in both product development and supervisory work.

In many places, there was hesitation in hiring a product developer who was in a supervisory position, especially if he had gone under an inexperienced supervisor.

- And the money was in the background every time.

Once you’ve been a supervisor, you’re thought to want a hard paycheck.

- I had that as long as I had received a little more than unemployment benefit.

Salary was more important when Nokia was there.

Heikki ended up as an entrepreneur, and that road has not been easy

Like Markus, Heikki, who left Nokia in 2010, experienced that there was no advantage in his 15-year Nokia career when looking for a job.

Heikki does not appear in the story under his own name.

- It was suddenly met that Nokia was not wanted.

Some group had ruined their reputation, Heikki says.

He also worked in Tampere, but on Nokia's website.

He thinks that, for example, Finnish machine shops may have a very distant Nokia background, and the former Nokia employees did not necessarily have any idea how to operate in them.

However, Nokia was an exceptional global entrant on a Finnish scale.

- The language was different, and some companies were nervous about coming to life here, even though it may not have been.

Some companies were nervous about coming to life here, even though it may not have been.

Heikki took a divorce package from Nokia and did various projects for a few years until he founded his current company.

According to him, becoming an entrepreneur was practically the only option for many ex-Nokians, and it was often started without knowing anything about entrepreneurship.

- That’s when 2010 was drummed to become entrepreneurs, and not everyone knew what it really meant.

On Monday, the Finnish Business Research Institute Etla published a study that looked at how people left Nokia in 2009–2014.

According to it, 77 per cent were employed at the time of the survey, but almost 10 per cent were unemployed, which is more than the Finnish average.

It did not find out how many of those employed had been employed by setting up a business.

According to Heikki, this would be essential to know, as well as how those companies have fared.

- I know many bankruptcies and divorces and how many things have gone wrong.

Of course, some have succeeded.

There is always a bag in it.

One guy just got his company sold, but it also took him many years to get it on his feet.

And it would not have succeeded if he had not had a wife who earns.

Heikki was under the age of 50 when he left Nokia, and many peers went on to become entrepreneurs.

Those over 55 no longer dared.

It’s a really difficult area, and it didn’t take long for the whole system to crash.

I know many bankruptcies and divorces and how many things have gone wrong.

According to him, hiring workers with all their bureaucracies is so much more cumbersome that it is easier to do so.

- Now we are fighting for existence, but many others are doing.

You can’t say it’s going bad, but it’s uncertain this is.