Norwegians are wondering what condition Iivo Niskanen will be able to tune himself into by the World Cup. 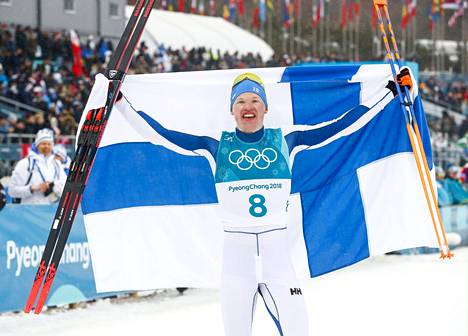 Finnish men's number one skier Iivo Niskanen has kept his condition visibly hidden from his opponents during the current World Cup season.

Niskanen has not competed since the Ruka World Cup at the end of November.

He missed the turn of the year Tour de Skin and, a little surprisingly, also last week's Finnish Cup competitions in Vantaa.

We have to make a 2017 version, Niskanen chatted for Ilta-Sanomat before the competitions in Vantaa.

By this he meant preparing for the World Championships in Lahti in the winter of 2017.

At that time, Niskanen did the same for the Finnish Cup.

He won 15 kilometers of World Championship gold in Lahti in traditional style and a bronze in double sprint together with Sami Jauhojärvi.

Harri Kirvesniemi, Ilta-Sanomat's ski expert, thought that Niskanen's decision could be reflected in the Norwegian solution.

- Now we don't want to give the Norwegians any practical lead in terms of the World Cup Oberstdorf, Kirvesniemi estimates.

Now the Norwegians clearly have some doubts about the condition of Niskanen, and what kind of blow he will get himself tuned to before the World Championships in Oberstdorf at the turn of February-March.

This can at least be deduced from the interest in Niskanen's work in Norway.

“The condition of a Finn is scary,” the Norwegian magazine Dagbladet headlined its story, in which the skiers and coaches of the Norwegian national team had been interviewed.

- Iivo is tough in his fifties, and he is also tough enough to blow up the bank in a combined race.

She is the best in the traditional style.

At fifty, I have to beat him if I’m going to take the medal, Emil Iversen told Dagbladet.

Iivo Niskanen ran away from everyone in the Pyeongchang Olympic 50 km joint start competition in 2018. Photo: Terje Pedersen / Lehtikuva

At the 2018 Olympics in Pyeongchang, Niskanen won gold after a sovereign performance in a co-start in a traditional-style 50-kilometer race.

The kingship trip is also cross-country skiing in Oberstdorf.

The humiliation experienced in Pyeongchang has still not been forgotten by Norwegians.

- That's when he just got to enjoy himself in the woods.

It worked for him well, and we have to hope that this year not everything works as well for him, Iversen said.

Sjur Røthe, who won World Championship gold in the combination competition in Seefeld two years ago, reminds Niskanen to be the champion in fitness.

- He is dangerous when he tightens the screw towards the World Cup.

He did it really skillfully before the World Cup Lahti, and if he manages to do it again, he will be strong in Oberstdorf, Røthe said.