Comment: The capital of the ethical account is starting to be eaten - it's time for the beloved Petter Kukkonen to finally lead his troops to medals

From a country of Nordic species like Finland, it is an unfortunate proposition that medals have been dependent on only one species for 14 years. Now the tunnel is divided by light, writes journalist Pekka Holopainen. 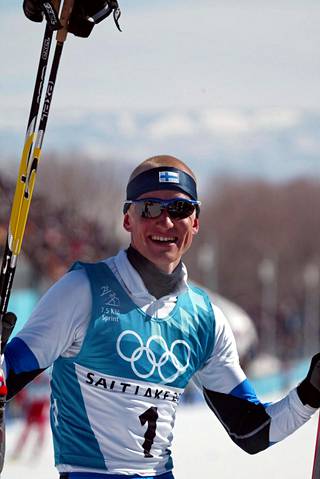 In many ways, the well-being of Finland's comprehensive coaching system over a period of almost 30 years is particularly well illustrated by one number fact.

As many as 11 times out of 22 Finnish athletes won medals in all three sports, ie cross-country skiing, hill jumping and combined.

In addition to this, 9 times out of 22 medals were missed in only one of the three sports.

On cross-country skiing alone, medal success was only at the Falun World Championships in 1993 and the Lillehammer Olympics in 1994.

All this changed like a knife cutting at the 2009 World Championships in Liberec, when the jackpot taken by Finland in skiing covered up unfortunate things.

The medal athletes of several races, such as Hannu Manninen and Janne Ahonen, had finished the batch, which was suitable for a brief explanation of the predicted recession at that place.

It is 11 years and 11 months since the opening of the World Cup in Liberec today, and the expectation is still there.

The bronze medal of the combined normal distance competition, taken by Anssi Koivuranta on March 3, 2007 in Sapporo, is the latest Olympic or World Championship medal from outside skiing.

After that, a realistic seam still opened at the 2010 Vancouver Olympics for Ahonen, Manninen, Janne Ryynänen and Matti Hautamäki.

The first two were not quite enough.

Ryynänen and Hautamäki, on the other hand, proved in the wind tower of the hill tower that a Finn really doesn't always win.

Since then, in the name of honesty, it has come a long way, which has not been a strong performance in any way from a winter sports country like Finland.

At the 2005 World Championships in Oberstdorf, Ahonen was a megastar on the hills, and skiers returned to the top after the 2001 D storm.

The combined was then surprisingly left without a medal.

When the World Cup caravan returns to the Bavarian alpine village in just over a month, optimism floats in the air.

Iivo Niskanen, who has not competed for a long time - and through him, of course, the Finnish messaging team - will have more information next weekend in Lahti.

In the years of Samppa Lajunen's value competitions in 1997–2003, there was little need to guess whether Finland would achieve value medals from the combined or not.

Before that, the combined rose to at least equal World Championship expectations as a result of the weekend of two podium places by Ilkka Herola and Eero Hirvonen.

Expectations are, of course, only expectations: in the 2017–18 season, Finland achieved eight prize places in the combined World Cup, but only three sixth places in the main event, the Olympic Games.

The wide popularity and appreciation of Petter Kukkonen, who started as head coach in 2012 and is rare as a national team manager, was felt during the weekend from many social media reactions.

Finland, in practice Herola and Hirvonen, has been among the three in the World Cup 17 times in his long period.

Although everyone who knew the matter knew that Kukkonen's first years were going to ripen raw, the balance is not in any way stopping the blood, especially knowing the results of the value games.

Kukkonen is a great person who strives on a rare bright-headed ethical basis, for whom even cheating at the level of a wooden gym in the International Ski Federation's awful jump suit measurements was painful.

everyone knows the head coach will turn all the stones in their favor.

But when the expected success has not begun to be heard, Kukkonen has also had to spend a lot of this kind of his outdoor sports capital.

Fortunately, Kukkonen's faith in his own abilities is not endless either.

Right now, it seems that Falko Krismayr, a hill coach recruited from Austria to help, has managed to restore the mental and physical qualities of athletes to a level from which it is no longer always necessary to read the starting order of skiing while crying.

The species has all the snacks to break its 14-year dry season.

All the glory would also be high already.

Only a 10-year-old boy won the 12-year-old series (v) in CustomSki skiing at Hollola Heinsuo on 9.1.

On the 3rd kilometer race track in Southern Finland, it took him 9.12 or 3.04 minutes per kilometer.

The pace has been quite icy.

The boy's name is Herkko Heikkinen, and you guessed his father's first name.