Comment: Young Lions rolled from the ice rink slot machine to full air dominance - here are the reasons for the super phenomenon of our sport 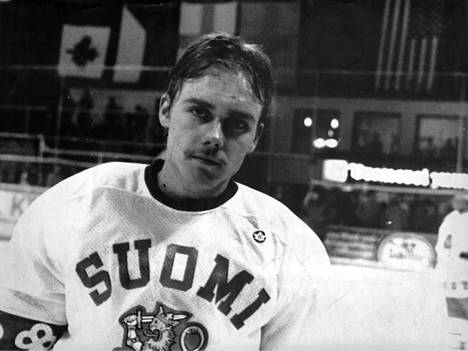 The Finnish national hockey team under the age of 20 landed at Helsinki – Vantaa almost a day 38 years ago.

Even then, the World Cup was played in North America.

After bringing the youngsters to the Helsinki Ice Rink, goalkeeper Kari Takolla, 19, was in a great hurry to pump up a few marks so that he could call from a coin machine in his hometown of Pori.

Indeed, relatives knew to tell the upcoming NHL guard that a girlfriend had given birth to a healthy firstborn baby for a couple during a race trip.

Among the congratulations was Raimo Summanen, who won the World Championships points exchange and played in the Lahti Hockey League halfway through the Finnish Championships.

After all, no one rode a child for him during the race trip.

The value of Summanen's work should be reflected in the fact that an ice rink was not completed in his hometown of Jyväskylä until 1982. Thus, the outdoor ice player won the points exchange.

The group 38 years ago achieved bronze in a narrow trough, winning even the Soviet Union.

There is little else in common.

If any member of the current group happens to read what was written above, he would probably imagine that he was lost in a bad parody or historical fiction.

When Takko and Summanen were struggling in North America, there was one sporting event in Finland at that time between Christmas and Epiphany: the German-Austrian Hill Week.

Even Matti Nykänen from Jyväskylä, better known as Summa, won the hill week competition in Oberstdorf for the first time on December 30, 1981. On the same day, the young lions beat Sweden 9–6.

Another of the feats was not televised in Finland.

No one who knows the recent history of Finnish sports and the development of sports needs to twist the iron wire, which has long been a sporting event at the turn of the year.

If Karri Kivi's group's surprising final victory from the host country in Malmö in 2014 still left someone cold, the dam finally broke in Helsinki in 2015–2016.

Almost half of the people glued to the TV.

Teenager Kari Takko heard on a coin phone in 1982 that he had become a father during the World Cup trip.

Today, the information would probably go the other way, all the way to the race site.

Although at this young age, familyization has become rarer in Finland. Photo: Matti Tapola

Led by Sebastian Aho and Patrik Laine, the home audience was offered what the big men have never given it at the World Cup.

Big lions don't even have medals at eight companies.

While the popularity of under-20s is, of course, explained above all by success, there is an old truth behind the three equal cornerstones of sports interest: nostalgia, the present, expectations.

Everything is taken away on an emotional level.

The cheeks are silky, there is no autopilot in front of the media, the use of social media also inspires sports by selecting the next young generations.

No star refuses a representative role for a variety of reasons that are understandable to adult gamers.

Nor do the front line coaches refuse;

almost everyone has gone to top-notch work.

As a predictor, the World Cup for under-20s has become solid.

A dozen of the 1998 champions played a great career in different leagues, and the trend looks the same for at least the 2014 and 2016 age groups.

In a radio interview in 2014, Karri Kivi was asked if she should behave differently among young than hard-boiled adult players.

Stone did not understand the question at all, and no wonder.

The de facto professional youth team has long been assembled.

Such people are sometimes badly told.

Its durability can be identified e.g.

that they are involved in the Games.