Where would you invest the extra € 1,000 right now? This is how investors responded 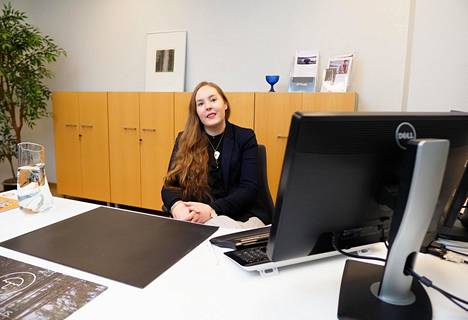 Taloussanomat asked three investors what year they expect the stock market to fluctuate after the interest rate year and whether they plan to change their investment strategy.

They were also asked where they would invest 1,000 euros at the beginning of the year.

Essi Sarkakari-Kosamo: A new decline is possible, it is worth investing in stay at home shares

Essi Sarkakari-Kosamo, who focuses on stock picking, expects a small strong fluctuation this year, as the effect of the korona has not disappeared yet.

- It would make sense for me to see another fall, as not all the economic effects are yet clear.

Some companies have only now laid off their employees.

On the other hand, the monetary policy of central banks has a really big impact, meaning a moderate rise is also possible, he ponders.

Whatever happened, Sarkakari-Kosamo intends to follow its own long-term investment strategy again this year, as the stock market and the real economy do not always go at the same pace.

- I don't change my strategy terribly, and I don't start trading, for example, because it doesn't feel like my own.

So I will continue to invest regularly in stocks and savings, there will be ups and downs.

The fruits of long-term investment will be visible in the long run.

Essi Sarkakari-Kosamo could invest a thousand euros in Stay at home shares or a megatrend. Photo: Timo Hartikainen

If Sarkakari-Kosamo were to receive EUR 1,000 at the beginning of the year, he would probably invest it in one share.

He himself would not set out to disperse the amount in time.

- I could invest a thousand euros in Stay at home shares or some megatrend.

Future megatrends are difficult to identify, but it makes sense to speculate on them.

For Stay at home shares, Sarkakari-Kosamo calculates the shares that benefit from teleworking and the fact that people spend time at home.

- Perhaps I would be the first to invest a thousand euros in Microsoft, even though it is quite expensive at the moment.

Laura Linkoneva: Megatrends are worth relying on

Laura Linkoneva, known as an investment blogger, wants to focus on the megatrends visible in 2021.

Among these, he lists, among other things, responsibility and automation as well as robotics.

- As an index investor, I don't like to predict, but the aim is to save on a monthly basis on these ETFs I already own.

I try to stick to ETF investing because that’s my thing and I think it makes sense, Linkoneva says.

Linkoneva owns, among other things, the Automation and Robotics Fund, the Cannabis Industry Fund and several responsible investment funds.

According to Laura Linkoneva, megatrends include at least responsibility and automation as well as robotics. Photo: Rio Gandara

In addition to investing in funds on a monthly basis, Linkoneva plans to pick up individual shares this year when it feels like it.

The basis of the investment strategy is in the funds, so when buying shares, Linkoneva follows her intuition - or sense of persuasion, as the investor puts it.

For me, ETF investing is this healthy eating and individual stock purchases are delicious days that sometimes hit and sometimes don’t.

There is always some connection to the individual shares in which Linkoneva invests.

He may have worked for that company or it’s otherwise a big part of his life, like Disney.

Linkoneva does not intend to continue investing in unknown companies.

He believes that the amounts invested each month will increase, as more money will be left in the savings than before.

- I temporarily moved to live with my parents, which means that no money goes to the rent.

I hope the savings will go up this year.

If Linkoneva had one thousand euros to invest at the beginning of the year, he would probably invest it in responsible investment funds.

- I would put them in responsibility-screened ETFs.

Sami Kukka, who has invested for 15 years, believes that the rise that started in 2021 after the corona base can at least slow down, if not stop.

On the other hand, he recalls that stimulative economic policies can still keep growth tough.

However, it is expected that 2021 will not be as good as the corona year.

According to Kukka, it is also difficult to find one lucrative investment alternative for equity investments.

Kukka himself intends to pursue a long-term investment strategy, as forecasting stock peaks and bottoms is still difficult, if not impossible.

- Next year I plan to increase the share of green energy in my portfolio, as I consider it one of the most important megatrends of the future.

Indeed, I have already acquired green energy in the form of ETFs and stock options.

Sami Kukka would invest EUR 500 in a renewable technology ETF and another EUR 500 in a potential small company such as Kamux. Photo: Hannu Rainamo

Next year, Kukka intends to rely on small Nordic companies such as Zaptec, Kahoot, Smart Eye.

With these, he seeks a return that exceeds the general index of the stock exchange.

Nevertheless, more than half of Kukka's direct equity investments are in traditional dividend companies, such as Neste or Sampo.

If he received a thousand euros at the beginning of the year, he would invest € 500 in a renewable technology ETF and another € 500 in a potential small company such as Kamux.

Instead, he would still not dare to invest in shares of the travel and restaurant industry, as the corona situation is uncertain despite the vaccine reform.

- On the other hand, they can be seen as a sudden rise when the situation eases and the rise has already been seen. However, I would now focus on the more agile players in the market and remain on the wait-and-see position for shares in the travel and restaurant industry.