According to the Bank of Åland, Åland society has a much greater need for dividends than the bank itself. 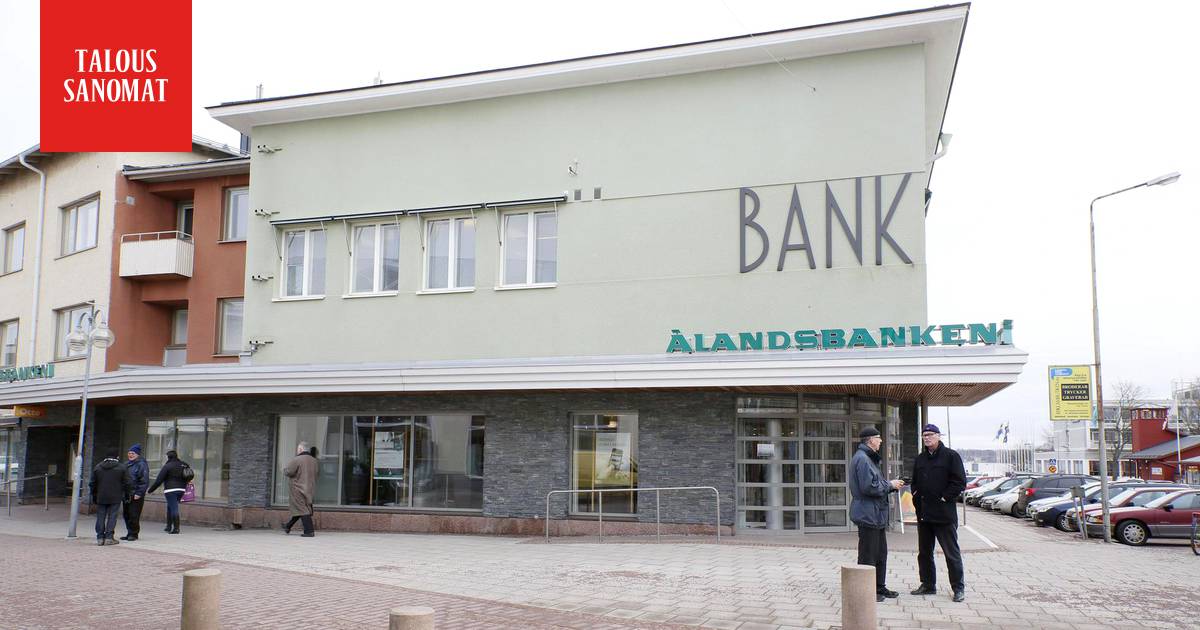 The Bank of Åland does not intend to comply with the Financial Supervisory Authority's (Fiva) recommendation to banks on prudent profit distribution.

The Bank of Åland's Board of Directors decided on Friday that the bank will distribute an 80-cent dividend per share and an additional 20-cent dividend for 2019 to its shareholders. The additional dividend is the bank's 100th anniversary dividend.

Prior to Christmas, Fiva had issued a new recommendation to banks to exercise “extreme caution” in their profit distribution until the end of September.

The policy is based on a recommendation issued by the European Central Bank to the ECB on 15 December.

The Bank of Åland justifies its dividend decision on the grounds that the authorities' recommendations do not distinguish between Europe's strongest and weakest banks.

The bank says it has weighed the risks associated with the exact distribution of dividends in the current circumstances.

In addition, the Bank of Åland points out that it has around 5,300 shareholders in Åland, owning 56% of the bank.

According to the Bank of Åland, Åland society has a much greater need for dividends than the bank itself.

Nordea complies with the recommendation

The ECB recommends that banks distribute a profit of up to 15% of the profits generated in 2019 and 2020, or up to 0.2 percentage points of the core capital ratio.

In the wake of the interest rate pandemic, the ECB, followed by Fiva, had recommended to banks under their supervision last March that they refrain from distributing profits altogether until October.

In the summer, the recommendation was continued until the beginning of this year.

The new recommendation issued in December is therefore not quite as steep as the previous ones, but still has a significant impact on banks' dividend distributions.

Of the Finnish banks, at least Nordea has stated that it complies with the ECB's new recommendation.

The Bank of Åland made the best result in its history

By contrast, the Bank of Åland states directly in its press release that it does not intend to comply with the profit distribution recommendation.

The Bank of Åland has a market share of about one percent in loans and deposits in Finland.

The tiny Bank of Åland is thus in a slightly different position from, for example, Nordea, which is one of the largest banks in the Nordic countries and a major player in the entire European banking system.