Unwanted Christmas gifts are already sold online. More than a third of the respondents to the Tori.fi survey sell on the gifts they receive. Gifts received in duplicate are typically returned to stores. 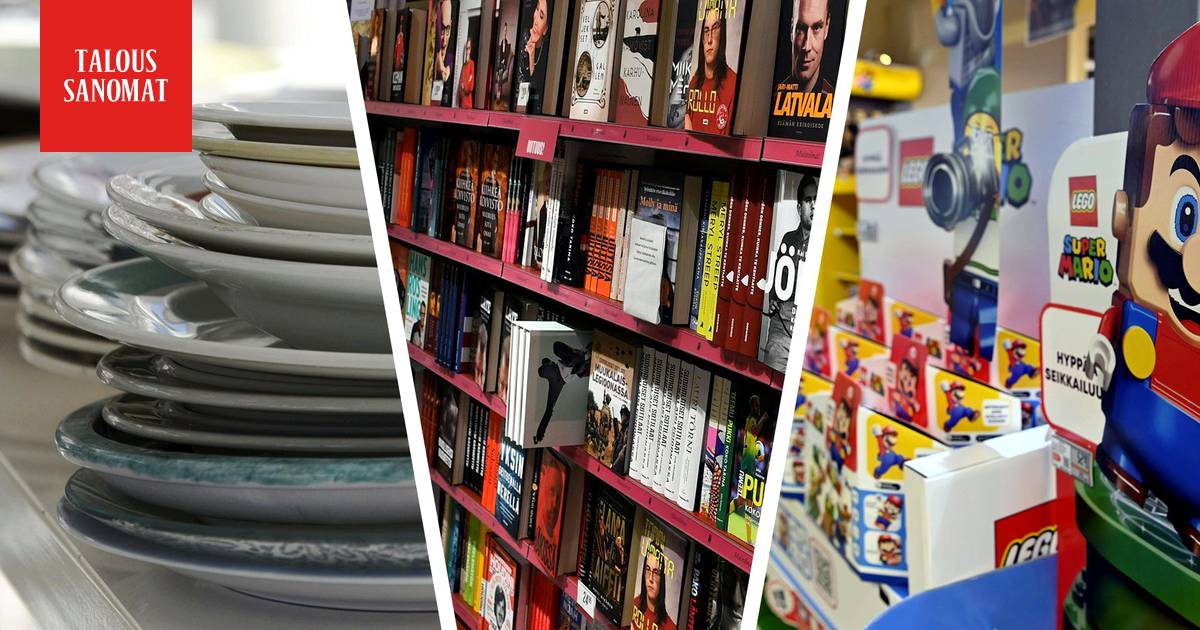 The shop for unwanted Christmas gifts is currently hot.

The turn of the year has traditionally been a busy time in peer trading.

This has also been the case this year, even though the Finns had to spend Christmas in a slightly unusual way due to the corona pandemic.

The sale of gifts is reflected in traffic on the Tori.fi service.

On December 27, Tori.fi was visited approximately 1.25 million times and 33,000 notifications were submitted.

- We see a clear spike in sending Tori packets right after Christmas, roughly from Midsummer's Day to Epiphany.

Clearly, on weekdays, Christmas presents are put into circulation and sold out of the cupboards unnecessarily anyway.

The most common reason for selling a gift is the inappropriate size or purpose of the gift.

Second, most gifts are sold because the recipient of the gift already owns the item he or she has received as a gift.

Five percent say they sold the gift for money.

- The most sensitive of gifts are home furnishings and clothes.

Third most often books and fourth most common kitchen utensils.

Kuusela says that the whole of December has been a busy time.

Trading accelerated even before Christmas, and according to Kuusela, items that they expect to end up as Christmas gifts have been sold at Tori.fi throughout December.

He cites children's toys, various utensils and collectibles as examples.

What is useless to one can be a treasure to another

36 percent of the respondents to Tori.fi's survey sell the Christmas presents they receive onwards.

Immediately after Christmas, 20 percent have done so.

On the other hand, 36 percent of respondents keep unnecessary gifts at home, and a couple percent throw gifts in the trash.

According to the survey, most clothes and interior decoration products go on sale after Christmas.

The survey reveals that selling a gift can cause shame or guilt.

- Everyone knows that sometimes a Christmas present doesn't hit its destination.

They are painful situations for the recipient.

You don't want to offend the gift giver's opinion, but on the other hand, storing extra stuff is pretty pointless, says Kuusela.

- We could abandon the idea that if the gift does not quite hit, it would be reluctant to make the goods go round.

However, selling a gift should not be a bad conscience, as an unwelcome gift from one can be a necessary item for another.

Gifts that often end up on sale are unopened and usable products.

Natural resources have also been used to produce the gift, so selling an unwanted gift is ecological.

Gifts that have no use can therefore be gladly sold or passed on instead of being left in the corners and warehouses of the home to take up space and collect dust.

- A better product is recycled than unused in the closet.

It is good that people dare to put unwanted gifts in the distribution, says Kuusela.

The survey reveals that 85 percent do not tell if they have sold the gift on.

- There is a big stamp associated with selling a gift.

More than half of Finns say that if they sell a newly received Christmas present, it will either be ashamed or make them feel guilty.

After Christmas, a lot of toys are returned to stores

Ilkka Riiali, the director of Prisma Kaare, says that the gifts made from the online store started to be returned to Prisma Kaare even before Christmas.

- In the online store, returns were already congested at that time.

Since Christmas, returns have been made for gifts purchased from the store.

Typically, returned gifts are toys, and the most common reason for a return is that the same gift has been received from two different people.

In addition to toys, some clothes and books, for example, are returned.

Riiali says that no particular product is highlighted in the returns, even though more popular toys are returned than normal.

- If certain toys are very popular, it is natural that they become double purchases.

That is completely understandable.

According to Vesa Järveläinen, Commercial Director of Verkkokauppa.com, they will be returned gifts from a wide range of product areas.

Typical returns include consumer electronics, phones, tablets, and small appliances such as razors.

He still can’t say the exact refund amounts because refunds are made in the mail.

According to Järveläinen, however, this December's return volumes are in line with a year ago, so they do not currently expect a peak in return volumes.

- We don't know the real numbers yet, and Christmas gift returns will come later.

- We still consider the figures to be very normal.