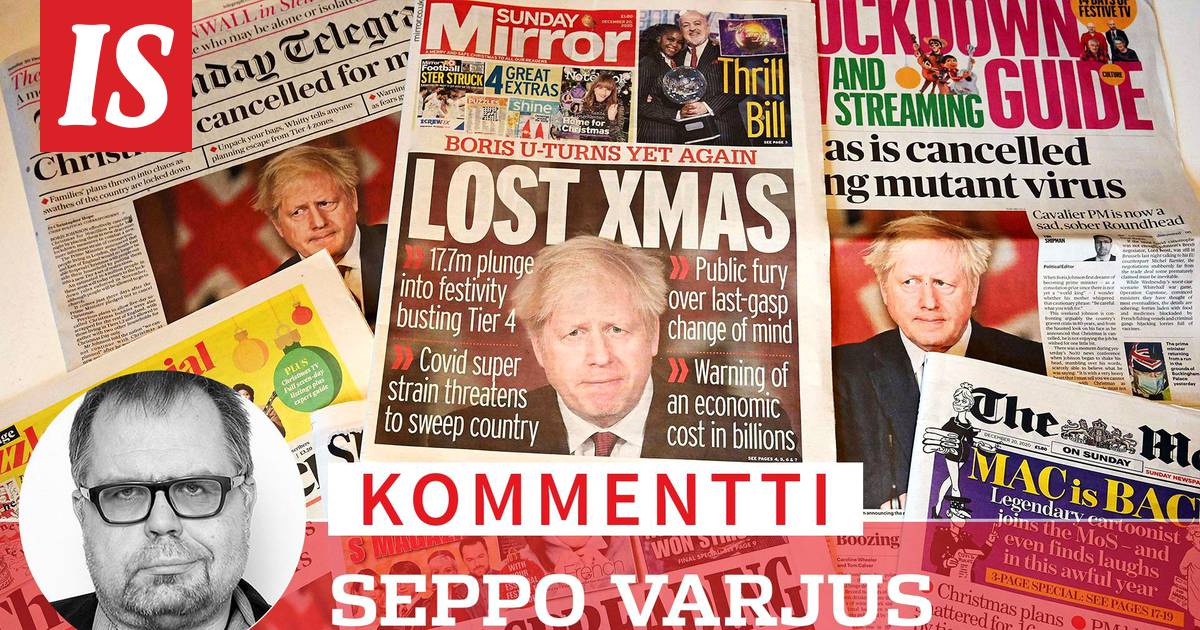 They will close from Britain.

If nearly 70,000 Britons had not died after receiving the coronavirus, this could be called a comedy.

But now it’s so gloomy that it’s not even a tragicomedy.

The transition period for Britain's separation from the EU is coming to an end.

Negotiations are in place.

The stark difference with customs formalities is frightening.

Then a new, more contagious form of the coronavirus is found in Britain.

Even the slightest wish for even a slightly more normal Christmas is waning.

Domestic adjustment of entry did not go into the pipeline.

In Lapland, it may be comforting that those British tourists would never have gotten to the buck workshop.

France, Britain's main neighbor, says it will suspend freight traffic for at least a couple of days.

Welcome to the time of Britain's new independence.

A nightmare at Christmas

For a while, Prime Minister Boris Johnson did well again.

The British government grabbed a propaganda victory by launching a coroner vaccination before EU-Europe.

That was how the Eurobureaucrats in Brussels just woke up!

The last-minute twist on the post-Brexit EU agreement can also be interpreted positively.

After all, Johnson is doing his best to save the catches of British fishermen from greedy EU pirates.

It was, and still is, quite possible that the agreement will be reached in the last dark days of 2020.

That’s when Johnson can be praised for doing the all-time evening milking.

Even a small crowd was already admitted to the football stands.

But then a new, 70 percent more contagious little virus variant ruined everything.

Johnson will hold an emergency meeting with his ministers on Monday.

And the emergency is great.

Statements made by Johnson during the Korona period are once again reposted in British newspapers.

For exact reason, they begin to approach the level of Donald Trump and Anders Tegnell.

In March, he promised the situation would improve in “12 weeks”.

In May, testing and tracking was due to begin producing results in June.

In July, Johnson announced that corona isolation is like a “nuclear deterrent,” and did not believe that one would be needed anymore during a pandemic in Britain.

Clearly, lives would have been saved in Britain if Johnson’s leadership had been better.

In Britain, it seems unclear inside Boris Johnson’s head.

Johnson’s charming scalp has saved him from many blunders that would have plunged him into the careers of other politicians.

Now it won’t help anymore, even if it once struggled straight to divert attention from the fog of disasters.

This Christmas the British will remember.