Ari Sääksmäki, director of the K-Citymarket chain, says that the Christmas store is not expected to be as congested, as the size of middle purchases has increased. 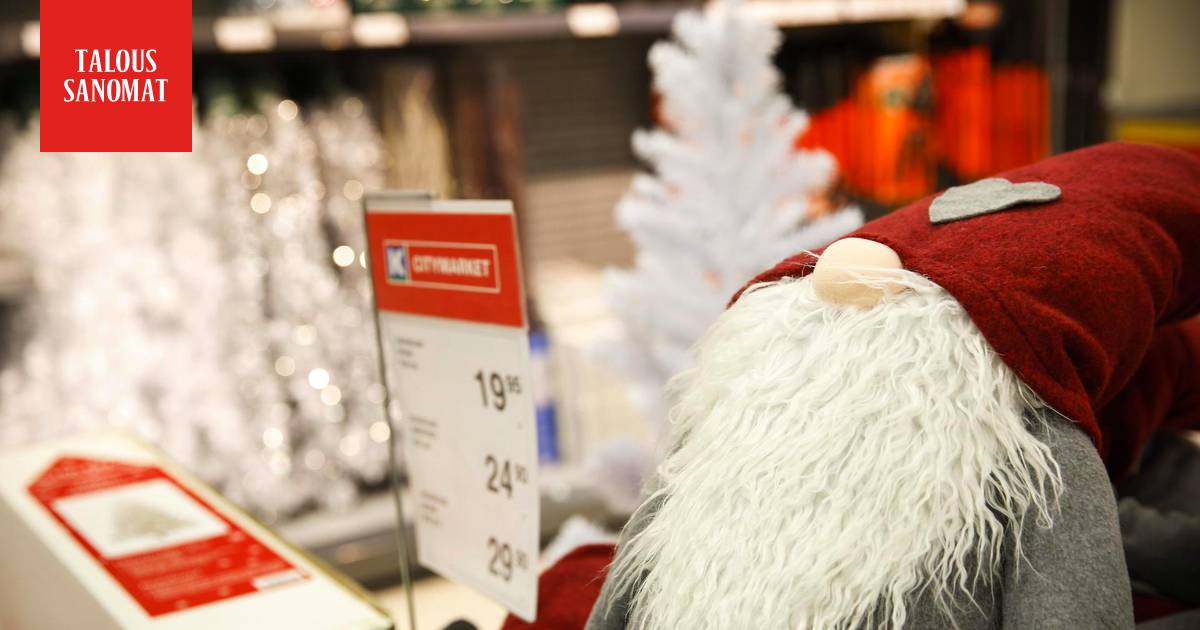 The Christmas Eve that falls on Thursdays will make it easier for customers to shop safely, says Ari Sääksmäki, Director of the K-Citymarket chain.

He emphasizes that it is safe to pick up Christmas purchases from the store.

In other words, even if the convenience store's home deliveries are already full, you shouldn't worry too much about safety.

According to Sääksmäki, the number of customers will be divided into several days last Christmas, when there are three good shopping days before the eve.

As expected, the eve will be the busiest of all, and Sääksmäki urges you to shop earlier if you want to maximize safety.

- Many K-stores have extended opening hours around Christmas.

Early morning, late evening or night are the quietest times.

If possible, it is worth shopping at that time, Sääksmäki says.

Risk groups in particular are still instructed to do business outside of peak hours.

Sääksmäki says that risk groups have been making really good use of the morning hours for months.

Unlike in previous years, the service counters of Citymarkets and Supermarkets in the Helsinki metropolitan area also serve 24 hours a day in many places.

Thus, for example, fresh salmon does not have to be picked up separately during the day, but all purchases can be made at night.

The online food store has grown considerably, for example, the K-Group has more than 200 more K-stores in the online store than at the beginning of the year.

Customers have embraced the service.

According to Sääksmäki, free times can be checked, for example, on the K-Group's website by entering your own postal address.

- There are still scattered places even during Christmas week.

In the stores, Sääksmäki encourages customers to use face masks and take advantage of the hand points found in all stores.

It is also a good idea to avoid unnecessary contact with the products.

- I still emphasize that it is safe in stores.

We are investing even more than usual in store hygiene.

In my view, customers also know how to act responsibly.

People buy more at once, but less often.

There are also fewer customers in the stores during the normal Christmas period, Sääksmäki says.

However, it will not affect Christmas sales, and a record number of K-stores' Christmas is expected in euros.

- It means that people buy more at once, but less often.

So customers plan their trades more accurately than before.

So central shopping has grown.

The phenomenon has intensified towards Christmas and middle shopping continues to grow.

Sääksmäki says that a lot has been learned during the year about the corona and making transactions safe.

- We want both our customers and our staff to be safe in our stores.