A friend found Juho dead in the tractor cabin - a modest man who loved cats was left with a million-dollar property that the state and the city were arguing about.

Millionaire Juho, who loved rally, cats and the forest, tragically died inside the cab of his tractor. The Finnish state and the city of Sastamala argued over the man's giant fortune. 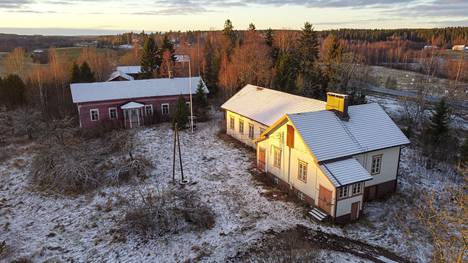 The snow was on the ground, and the frost of more than 10 degrees was felt on Kimmo Touronen's cheeks.

The clock approached seven in the morning in January 2019.

With his car, Touronen turned to his good friend's farm, as he often did in previous years.

The work was waiting for Touro.

He helped his friend with everyday chores, washed laundry and chopped firewood.

Now there was a strange atmosphere in the air.

It was dark on a farm in the village of Tiisala in Mouhijärvi, Sastamala.

Normally the lights were already on by this time.

The farm's owner, Juho's car, was in the same place where Touronen had left it the day before.

Touronen took the daily papers from the mailbox and tried to call Juho.

The phone was not answered.

Touronen took the spare keys and went inside the apartment.

Normally Juho would have waited by the teacup.

Now the man did not appear anywhere.

Touronen opened the door to Juho's bedroom and saw that the bed was intact.

The house had not slept the night before.

Touronen had seen Juho last day the previous day at 12 noon in snow work at his Belarus tractor.

So he went looking for a man there.

A freezing fate was revealed.

78-year-old Juho had had a seizure, died inside a tractor cabin and slept overnight there.

He was quite an icicle, Touronen says.

Prior to his retirement, Touronen had worked as a police officer and was not intimidated by seeing the deceased.

- I shoved him a little, and said that the man is not token about this, Touronen says.

He had been afraid for some time that this could happen.

Despite his wealth, Juho's lifestyle was very ascetic.

He walked in old clothes and lived modestly anyway.

Juho was an old man.

For example, he did not have a debit card.

He handled his money matters personally at the bank.

- Everything he bought, he paid in cash, says Jukka Pelander, the mayor of Mouhijärvi in ​​the Sastamala parish.

Those who knew Juho described him as a stubborn, kind, good-natured and quiet man who could not stand wickedness and dishonesty.

He had humor and a twinkle in the corner of his eye, says Juho's cousin Anssi Tiisala.

- He did not point out in any way that he had property, says a taxi driver who lived next door to Juho.

Some called Juho Jussi, which the man didn't like at all.

It was due to an old rhyme where Jussi was sung.

- That's why he didn't like the name Jussi, says a taxi driver who lived next door.

- Yes, it was called Jussi.

I don’t know if it was too familiar to say so, Pelander ponders.

- He collected and raced old tractors and rode them.

The yard was full of tractors.

They were not scrap, even though they were old, but all in working order.

Each tractor was acquired for a specific purpose, says Anssi Tiisala.

In his youth, his neighbor and Juho also drove a rally on nearby fields and gravel roads.

- Juho was a raiku boy when he was young, hard to drive a rally.

Enjoyed as the car went around through the roof.

- A track and tight curves were made in the field.

It came in full, and the one who got the car on the roof was a tough boy.

They didn't get any worse.

Sometimes there was a rush out of the car, the neighbor says.

Juho's family settled on the farm after the mid-19th century.

Juho inherited a farm, forests and fields from his parents.

Unlike his parents, Juho did not keep a ranch, but he continued farming.

In love, Juho was not further postponed.

Much of Juho's time was taken by his sick sister, who demanded a lot of attention.

Juho, who also suffered from his own illnesses, cared for his sister on the farm until his death.

The sister was disabled, and Juho had to be on a certain bell to open the TV, for example, when Beautiful and Brave started.

The sister was angry if Juho was ever late.

Juho got to hear his glory, Touronen says.

After his sister's death, Juho had to pay considerable inheritance taxes.

- He said calmly calmly that "yes, even a poor state needs to get money from somewhere".

Someone else might have torn their game pants with those euro amounts.

The state also got into Juho's wallet after he died, because Juho had no heirs.

Assets to be distributed after loans and other expenses remained at approximately EUR 1.25 million.

The Government divided Juho's property between the city of Sastamala and the state.

The property consisted of three properties worth EUR 1.1 million with an area of ​​approximately 190 hectares.

They had a forest, fields and the farm's economic center, Juho's home.

The remaining assets consisted of cash, of which the state held about 60 per cent, Sastamala received 40 per cent.

However, the city of Sastamala quarreled with the state.

The city was not satisfied with the way the Government divided Juho's properties.

Sastamala appealed against the decision to the administrative court.

The city justified the matter on the grounds that it had zoned residential plots in Sastamala's Mouhijärvi partly for those areas which, according to the decision of the Government, were going to the state.

However, after several months of negotiations, Sastamala reached an agreement with the state, ie in practice Metsähallitus, and withdrew its complaint from the administrative court.

The city government confirmed the agreement at its meeting on 9 November.

The city changed its own forest holdings to Juho's field holdings.

Forests are used at least for educational purposes.

According to Sarkamala Mayor Jarkko Malmberg, detached houses and terraced houses are to be built on the outskirts of the fields received from Juho.

According to him, up to a hundred small buildings may be erected in the landscape villages of Mouhijärvi in ​​the future.

The purpose of Juho's farm is not yet clear. Photo: Kalle Parkkinen

- Of course, there are significant areas here, too, that it cannot be completely zoned.

- This Mouhijärvi area is an interesting, growing area for us and it is a good distance from Tampere, Malmberg says.

Before Juho left, the city had bought fields from him for the construction of apartments and plots.

The purpose of the Juho farm center is still open.

Now it nods empty without a host.

Juho is no longer on duty on the farm.