Tomi Björck’s new restaurant serves flavors of Thai cuisine.News from the restaurant industry has been gloomy over the past year. Many restaurants have had to lay off workers. Still, the industry is also happening. We announced new openings in early October. Also read: “A little better burgers”, new places in fast food chains and openings for top chefs - new restaurants opened in Helsinki on display Tomi Björck, who lives in Australia but has stayed in 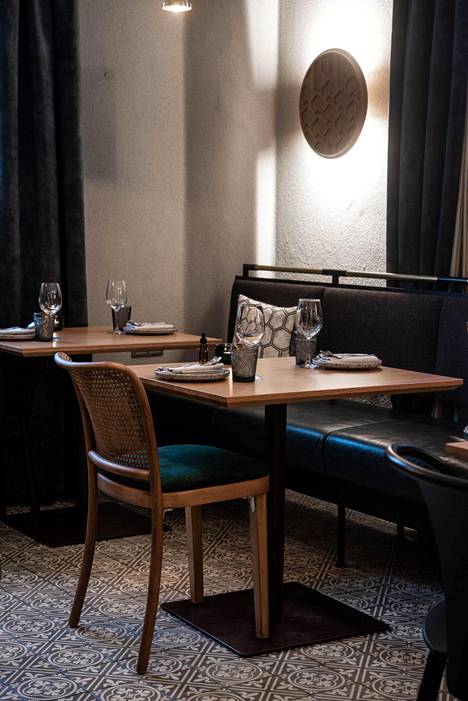 News from the restaurant industry has been gloomy over the past year.

Many restaurants have had to lay off workers.

Still, the industry is also happening.

Tomi Björck, who lives in Australia but has stayed in Finland for a longer time, opened a restaurant serving Chinese food in Helsinki in August, and now in November he will be involved in opening another new restaurant.

The new Thai cuisine, Boon Nam, is located in the restaurant area of ​​the previously slightly quiet St. George Hotel.

In addition to Björck, Serko Rantanen, Ronny Malmberg, Minka Björck, Kevin Manu and Hoang Nguyen are the founders and owners.

"After all, this is a big risk"

With a bank loan, everything has been acquired and we are a private operator renting the premises.

It is true that starting a new business can be awful now.

I raise my hat to the entrepreneurs involved.

Creating new jobs is a positive thing in these times.

The new restaurant employs about 30 people.

Lily Lee, who opened in August, once again employs about 40 people.

Björck has also visited other restaurants in Helsinki and is happy that the vibrant restaurant culture holds its own.

- There is not so much talk about employment.

But Helsinki is currently a great restaurant city and I hope that the corona situation will not affect it too much.

Booking lists full in the evenings

The new restaurant has been well received.

- In the evenings, the place has been fully booked, Björck says about the atmosphere of the first week.

The charcoal grill brings Thai flavors to the dishes.

Fiery, sour, salty and sweet are the basic pillars of the world of taste. Photo: Viola Virtamo

In the restaurant, everything is done by yourself.

The specialty is a charcoal grill, which makes it possible to realize the flavors of Thai cuisine as authentically as possible.

When it is now not advisable to travel around the world, similar restaurants may offer small tasting trips through food.

That is also the goal of Boon Nam.