Nikola “NiKo” Kovač’s transfer was one of the most expensive in CS history, according to G2, but details of the deal were not revealed. 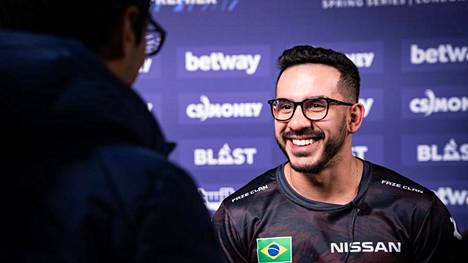 Kovač, who has been part of FaZe Clan's star cream for the last three years, will be wearing the G2 Esports jersey in the future.

One of Kovač's new teammates is his cousin Nemanja “huNter-” Kovač, 21. In addition to the Bosnian duo, Serbian Nemanja “nexa” Isaković and Frenchmen François “AmaNEk” Delaunay, Audric ”JaCkz” Jug and Kenny ”KennyS will play in the G2.

According to the release, the Kovač transfer was one of the most expensive in CS history, but more detailed information such as the duration of the contract or the amount of the transfer was not provided.

G2 will reflect and experiment in the coming weeks on how to proceed with the six-player lineup.

The new line-up will debut in the BLAST Premier League on Monday, November 2nd.

at 20.30 against the Brazilian team FURIA.

Kovač is one of CS's superstars and most popular players.

The start of the star name is a tough blow to FaZelle, whose first game without Kovač is already in the BLAST block stage tonight.

FaZe will play at least BLAST group stage matches in the spring with Swedish legend Olof “⁠olofmeister” Kajbjer, who has taken a break due to exhaustion.

FaZe has not confirmed whether Kajbjer will also play in the upcoming IEM Beijing tournament on November 6-22.

Kovač's departure and Kajbjeri's return were not the only news told by FaZe: CS team coach Janko “YNk” Paunović left with the Bosnian star at the same door opening.

Twice elected by HLTV as the best player in the world, David joined the line-up last fall as Kovač’s overwhelming.

In an interview with DOT Esports, the 25-year-old Brazilian commented on his friend’s departure and the future of FaZe.

David said in an interview that Kovač’s decision was professional, so people should respect it.

The distance between the duo is still good.

He also revealed FaZe is looking for a dedicated Bosnian star to replace a Bosnian star, one that FaZelta has been missing for a long time.

FaZen's new player is not expected to be announced any time soon.

According to David, the team’s current quartet will focus on strengthening team spirit towards the end of the year.

In an interview with DOT Esports, Marcelo “coldzera” David told fans the good news: FaZe is aiming for a real game manager who has been missing from the team for almost two years. Photo: Jak Howard / BLAST Premier