Satire writer: 'I did not realize that making jokes is a profession'

Lookalikes, contortionists, mattress testers and Netflix subtitlers. In this section we interview people with a non-standard answer to the standard question: What are you actually doing? This time Martine Bakker (34), satire writer. 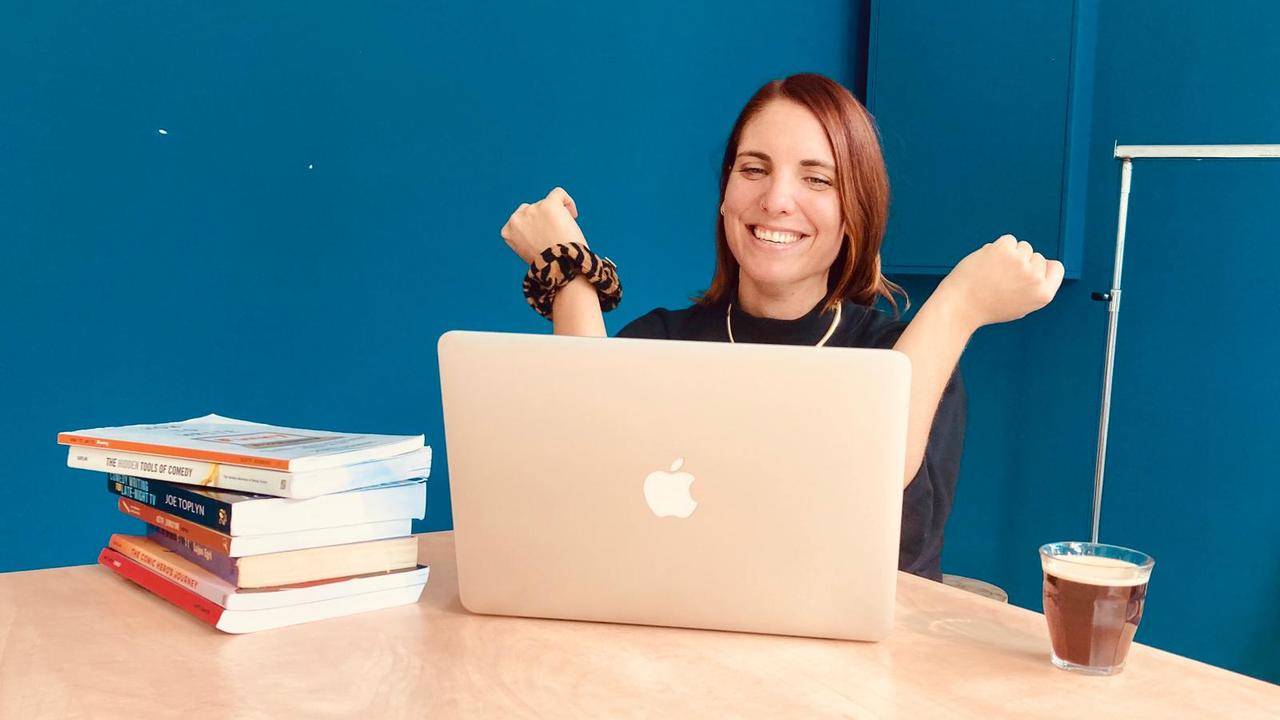 In this section we interview people with a non-standard answer to the standard question: What are you actually doing?

"Do I have corona, or did I take an online yoga class by the open window?"

"My Tinder date hid that he was an amateur cyclist."

These are two headlines of articles that Martine Bakker

"Humor is often about shared experiences," says the satire writer.

"It is nice to realize that you are not the only one who is annoyed or experiences something, and to be able to laugh about it together."

"I always thought: you are Hans Teeuwen or you are a normal person."

Bakker likes it best when people tag others under her posts on Facebook, and write: this is you!

Bakker, who first worked as an editor for several magazines, has always enjoyed making jokes.

"At home we used to watch Mister Bean and New Year's Eve conferences," she recalls.

"But I had never realized that making jokes is also a profession that I could aspire to. I always thought: you are Hans Teeuwen or you are a normal person."

That making jokes is also something you can learn and develop, Bakker discovered when she started interviewing theater makers and comedians.

Bakker: "This is how I found out that almost all of them have done their best for years, practiced a lot, went to open stages and also fell on their faces."

Bakker decided to take the plunge, and also signed up for humor workshops and

"I even took a clowning workshop!"

she says with a laugh.

"Did it help me? At least it was an exercise to step out of my comfort zone."

She now gives humor workshops to aspiring satire writers herself, has devised and staged a stand-up comedy show and has been writing for

for some time now

A year and a half ago, she and a fellow satire writer set up its sister:

'Articles are written from a female perspective'

are written from a female perspective," says Bakker.

that with magazine articles."

The jokes are made about both the content and the format of these articles and range from unexpected advice articles ("Ask each other these 36 questions and you're guaranteed to fall in love") and top lists ("These are the cutest baby names inspired by cocktails ") to" My Story "-like fictional interviews.

"If I'm mediocre, some might think, See, women aren't funny."

That women are not as funny as men is, according to Bakker, a still existing prejudice.

"I've been the only woman in a line-up of eight men," she says.

"Then you are automatically a kind of spokesperson for all women. A mediocre man does not stand out in such a line-up. If I perform mediocre, some will think: You see, women are not funny."

But it is also due to a lack of representation, Bakker thinks.

If you don't have any female examples, you can't compare yourself to anyone as a starting comedian.

That is why it is her mission to gather many more female comedy writers around her, with whom she

Are people more than once surprised when you tell them about your profession?

Or do you know someone who practices such a profession?

We are curious about your story!

Mail with the subject 'What are you actually doing?'